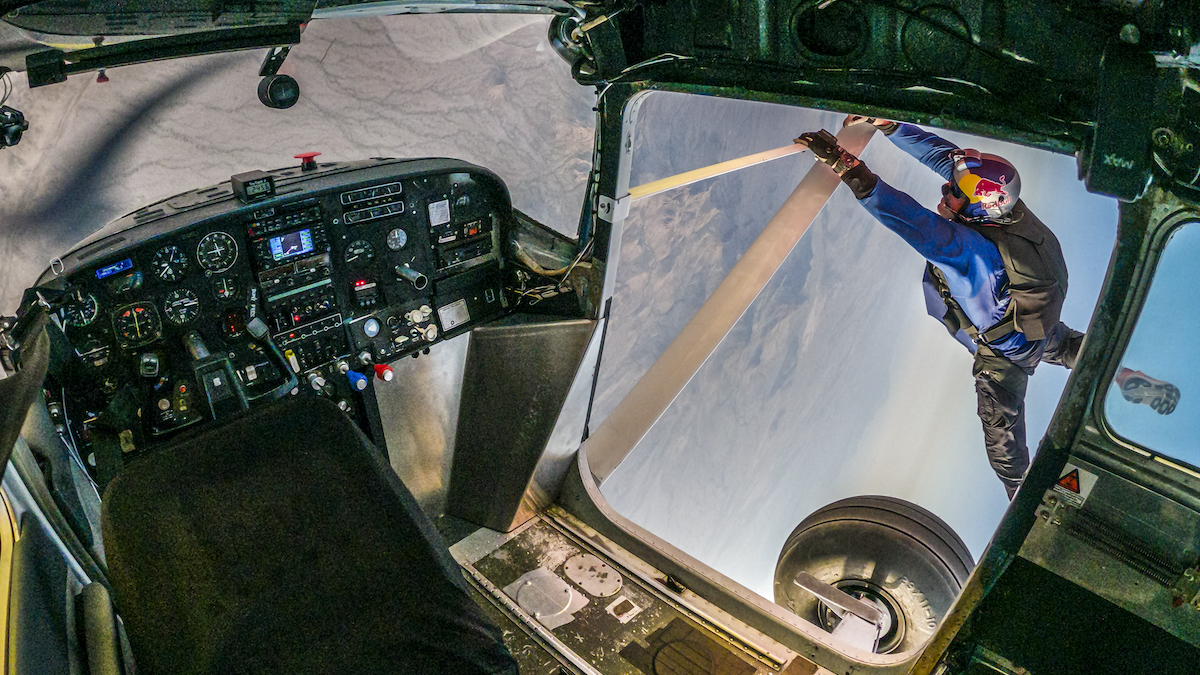 A pair of pilots attempted to skydive into each other’s planes mid-flight in a stunt that went awry over the Arizona desert on Sunday.

The pair of Red Bull athletes, cousins Luke Aikins and Andy Farrington, were unsuccessful in completing the first ever “plane swap” over the weekend, which ended with one of the aircrafts crash-landing after it spiraled out of control during the flight.

Both pilots landed safely and there were no reported injuries.

Aikins and Andy Farrington planned to pitch their Cessna 182 planes into a synchronized nosedive at 14,000 feet, stopping the engines while a custom-manufactured airbrake held the planes in a controlled-descent speed of 140 mph.

The pilots would then exit their respective aircraft and skydive into each other’s planes, crossing over each other mid-air and regaining control in under one minute. The plane swap is the brainchild of Aikens.

However, one of the two planes went into spiraled out of control and Farrington was unable to get inside it. Aikins successfully made it inside Farrington’s plane and was able to take over the controls.

Farrington deployed his parachute while falling 140 mph. Both pilots landed safely on the ground.

Red Bull Media House organized the Sunday event over Phoenix. The plane swap, described by Red Bull as a world first, was to be streamed on Hulu, its exclusive streaming partner. A trailer on Hulu’s website teased “no one at the controls” and “1 moment to watch.”

The company is now facing an investigation by the Federal Aviation Administration. The FAA told NBC News it had denied a request on Friday from organizers to get an exemption from regulations that cover the safe operation of aircraft.

Red Bull said it’s now looking into how the company potentially ran afoul of the FAA by performing the stunt.

“We are investigating how — despite our careful planning — this occurred,” a Red Bull spokesperson told NBC News.

The pilots could potentially be grounded, pay fines or lose their licenses as a result of the FAA investigation, according to NBC News.

Red Bull said before the event that the planned feat has undergone hours of research and development to ensure it was a success.

The Associated Press contributed to this story.