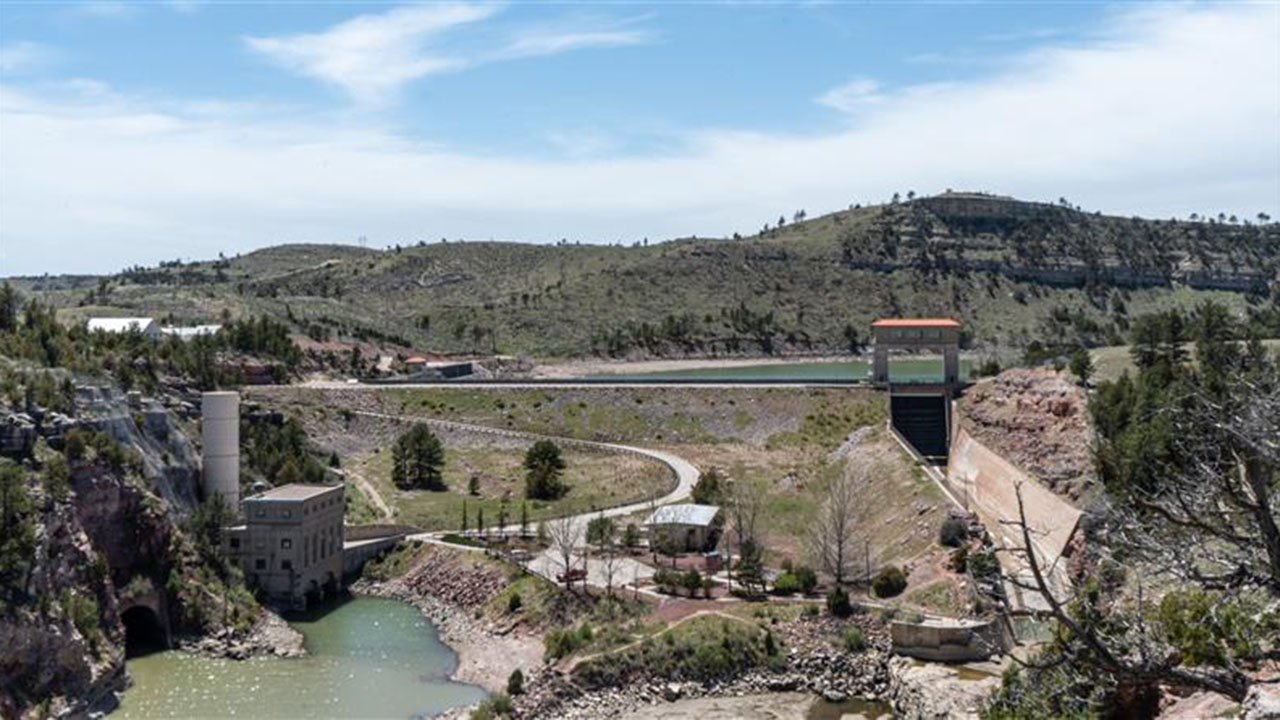 MILLS, Wyo. (KIFI) — The Wyoming Area Office of the Bureau of Reclamation in Mills, Wyo., will be lowering the water level in Guernsey Reservoir in preparation for the annual silt run.

The silt run is an operation which provides silt-laden water to Goshen, Gering-Fort Laramie, and Pathfinder Irrigation Districts under contract with Reclamation. As the silt-laden water gets diverted into an irrigation canal, the water slows down and the silt sinks to the bottom of the canal. This works as a type of temporary sealant to help minimize the seepage out of the bottom and sides of the canal.

Water being released from Glendo Reservoir will flow through Guernsey Reservoir, flushing silt from Guernsey Reservoir into the canals of downstream irrigators. The silt run will begin on July 11 and is anticipated to continue through July 24.

Beginning on the evening of July 24, the release of water from Glendo Reservoir will be rapidly increased to refill Guernsey Reservoir. The level of Guernsey Reservoir is expected to be suitable for boating again by the morning of July 27. However, the reservoir will continue to rise by approximately 3 feet per day and is expected to reach the normal reservoir operation level on Saturday, July 30.

As the market cools, aggressive Tiger Global looks to raise a fund that’s half the size as its last • TechCrunch