Readers sound off on the Gateway Tunnel project, gun owners and the Yankees – The Denver Post 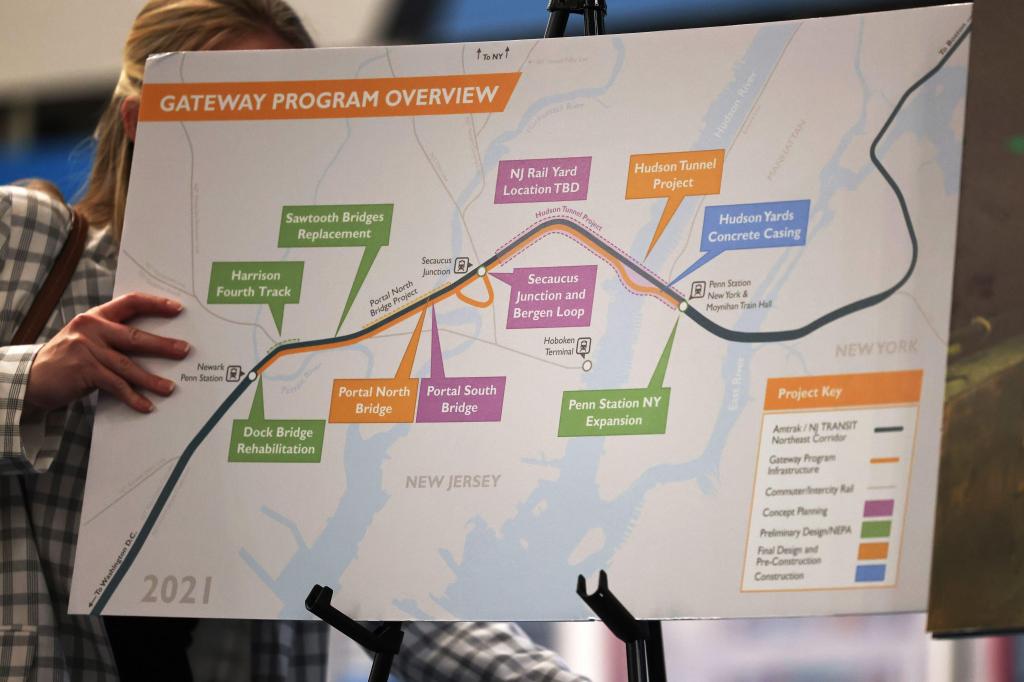 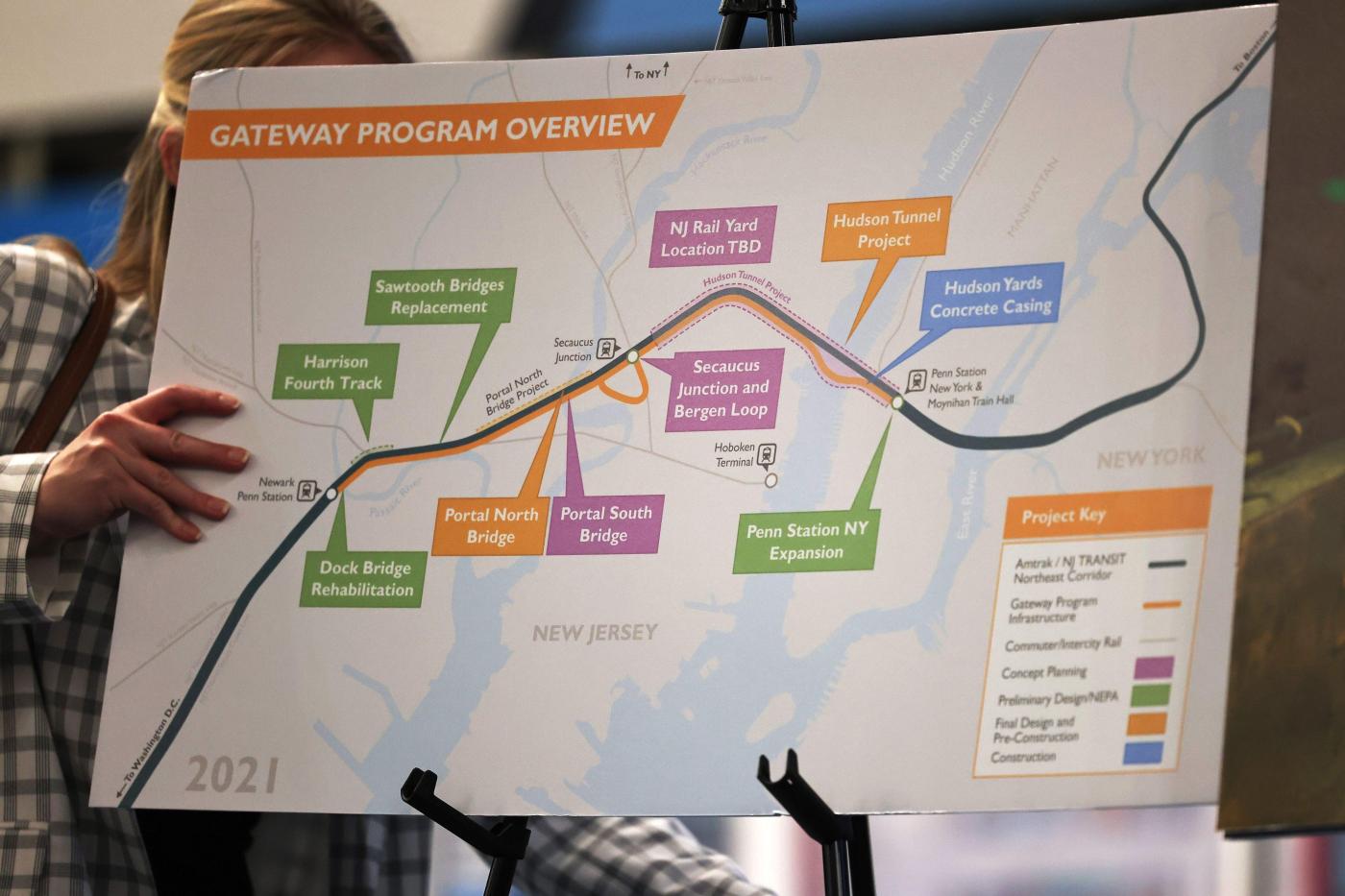 Who is paying for this tunnel’s cost overruns?

Great Neck, L.I.: “The runaway train” (editorial, May 29) concerning the proposed Gateway Tunnel project is reminiscent of the ongoing MTA’s Long Island Rail Road East Side Access to Grand Central Terminal project. In 2001, the initial estimated cost was $3.5 billion with a completion date in 2011. The original Full Funding Grant Agreement between the Federal Transit Administration and the MTA was approved in December 2006. The $2.63 billion of FTA grant funding toward a $6.3 billion project cost remains unchanged (virtually all of which has already been spent). The total cost today is $11.2 billion, with the MTA having to cover the $5 billion and growing cost overruns.

Under any FTA FFGA, the recipient of funding is responsible for any cost overruns. This does not include $4 billion more for indirect costs known as “readiness projects” carried offline from the official project budget. These are the $2.6 billion Main Line third track, $450 million Jamaica capacity, $387 million Ronkonkoma double track, $120 million Ronkonkoma yard expansion and $44 million Great Neck pocket track, just to name a few that support direct implementation for east side access. Are the Gateway Development Commission, Amtrak, NJTransit and Govs. Phil Murphy and Kathy Hochul prepared to pay for unanticipated Gateway cost overruns?

Huntington Station, L.I.: Rep. Lee Zeldin is seen in his frequent commercials emoting before a noisy crowd stating that he is “suspicious of those in government who say parents should not be more involved in their children’s education.” I would be suspicious, too, if I had ever heard anyone in “government” say anything like that. Calls to Zeldin’s local office and campaign have been ignored and his website is just for data collection to get donations. I call upon Zeldin to specify exactly who, if anyone, said that. Ann Rita D’Arcy

Wilkes-Barre, Pa.: Great column by Harry Siegel addressing the nation’s gun control problems (”America endures an endless night of the hunter,” June 5). Robert Mitchum was great in “The Night of the Hunter.” Harry can listen to Bruce Springsteen’s late 1980s song “Cautious Man,” a tune inspired by the film. President Biden is doing his best to address the gun issue but there are too many senseless hurdles to overcome. Matt Engel

Manhattan: I am so sick and tired of these feckless politicians disseminating these nonsensical soundbites simply to sound decisive and outraged. These school shootings are completely sickening. No one could possibly disagree with that. But the answer is not to throw the baby out with the bathwater. It is the job of lawmakers to keep guns out of the hands of individuals who shouldn’t have them, not to eviscerate the Second Amendment and punish law-abiding, responsible adults who want to carry a firearm for legitimate purposes, as is their right. We don’t outlaw motor vehicles because they are sometimes used irresponsibly. We shouldn’t do that with firearms either. No, it’s not an easy job but then again, we don’t need politicians to do the easy jobs. We need them to govern. Robert Medoro

Brookfield, Conn.: To Voicer Sterling Waterman: You make a lot of suppositions in your letter, but try this: Since a Black man is more likely to be shot by another Black man than by anyone else, suppose a law was passed barring Black people from owning firearms. I’ll bet every Democrat in the country would be up in arms (pun intended) demanding a repeal of that law and citing the Second Amendment as the reason. Fred Schoeneborn

Brooklyn: I remember working with an individual who bragged about all the guns he had in his house. He was robbed numerous times and his guns were taken in each robbery. In fact, on at least one occasion, the stolen guns were supposedly used in a robbery. Without this individual bragging about his guns, they would not have been stolen. They clearly did not prevent the crimes but actually encouraged them. Gun owners must act responsibly and there is no one answer to stop crime. Alan Podhaizer

Brooklyn: It has become a problem to distinguish true gun owners who pass a rigorous background check before owning one from criminals who have no concern to be licensed and have no regard for human life. They use guns to commit robberies or war with rival gangs, even to just commit crimes of hate. Normal, honest, working people must be on their guard traveling on mass transit or walking the streets day and night. No wonder people are afraid, especially at night, of out-of-control crime. I can only hope the Supreme Court allows concealed carry. The police seem powerless to stop crime because of lax judges and district attorneys in the court system. Time to separate the criminals and hardworking people. Businesses need to be able to protect themselves too. Allow law-abiding citizens the ability to not be targets. Joseph V. Comperchio

Astoria: Gonzalo Lopez, the animal who slaughtered a grandfather and four grandsons, is proof positive of the necessity of the death penalty. Lopez was in for life for murder. Had he been executed, those five people would be alive. Bradley Morris

Seaside Heights, N.J.: I am a lifelong Yankee fan. I remember the outstanding players of the past and present who wore the pinstripes with pride and distinction. That said, I also remember those players who proved to be disappointments. The Yankees team of 2022 has what it takes to become World Series champions. However, I have to question why the Yankees continue to retain the services of Joey Gallo. Frankly speaking, if Old Man Steinbrenner were still around, Gallo would have been gone a long time ago. So far, he’s batting way under 200, he struck out about 60 times and he is on base less than 30% of the time. With numbers like these, Gallo is an asset for the opposing team. It is about time the Yankees cut ties with him. They should do what the Mets did with Robinson Cano and designate Gallo for assignment. Igor La Manna

East Meadow, L.I.: Isn’t it enough that many Yankees fans cannot afford to go see games at the stadium? Now they have to miss games on television unless they pay for Amazon Prime or Apple channels. Really, Steinbrenner family? Jeff Tuck

Union, N.J.: I would like to know what time your newspaper goes to print. These last few Rangers games with big wins have not been covered in the paper the following day but they have been in other New York papers. Karen Scanio

Little Egg Harbor, N.J.: While people are celebrating gay pride month in our country, our government is pleading with Iran and Saudi Arabia to increase oil production. I think the LGBTQ groups in the U.S. would disagree with the way those countries treat gay people, yet there is not a hint of demanding a boycott of these countries’ oil. I guess they only like to put pressure on American companies with American employees. William Cook

Avalanche star Nazem Kadri could’ve made excuses. He made history instead. His Colorado relatives couldn’t be prouder. “After hardship comes ease.”

Final break-up does not require details – The Denver Post