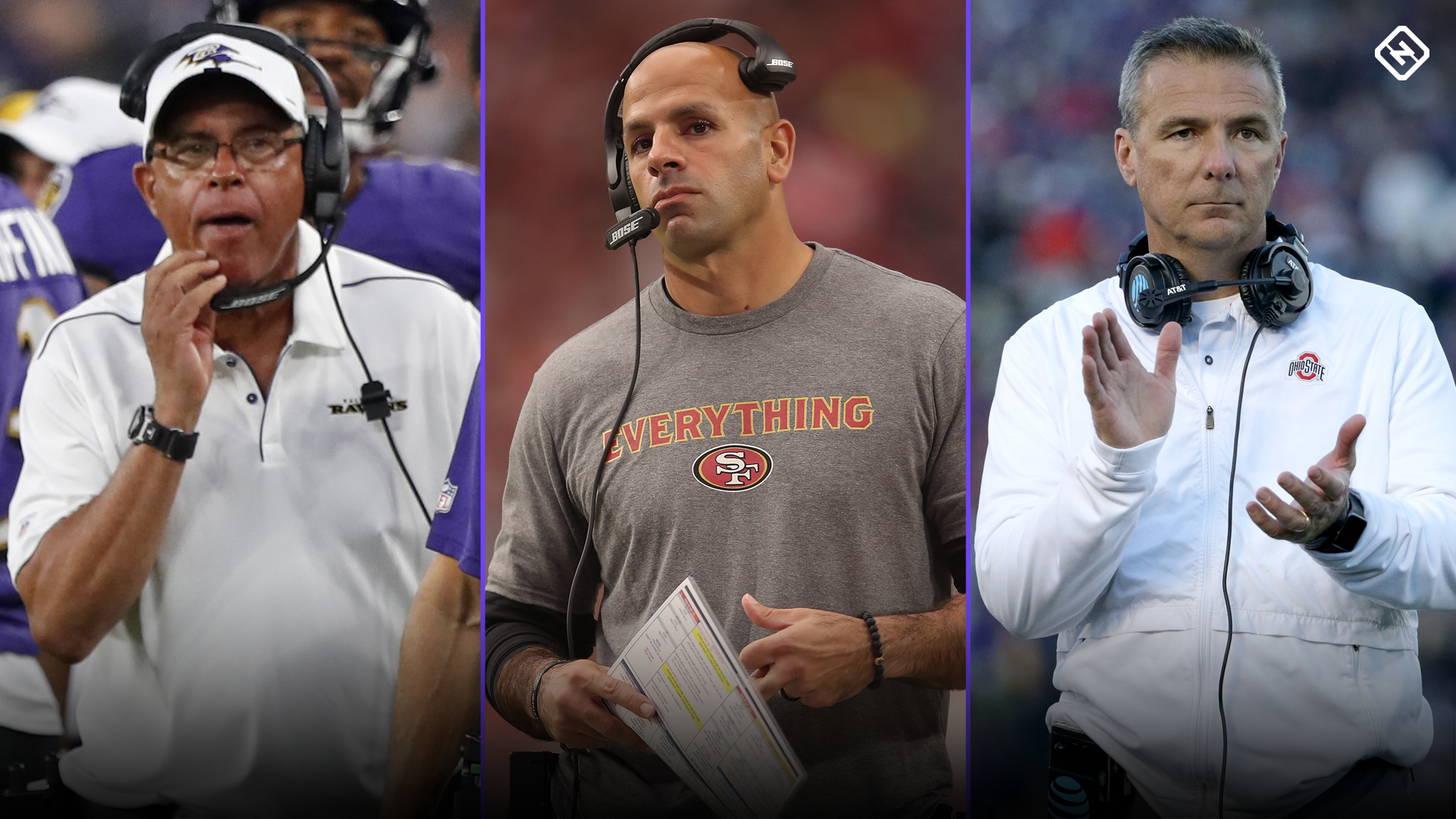 The NFL has its seven new head coaches for the 2021 season — and none of them have been a head coach in the NFL before. Although they all are considered rookies, there also is a college legend and a sexagenarian in the mix.

With all that in mind, here’s a ranking of the NFL’s coaching hires, from best to worst.

Saleh, 41, was a hot candidate during the 49ers’ Super Bowl run of 2019 for his exceptional work with their often dominant defense. He might have been more impressive getting the most out of an injury-riddled unit in 2020. Based on how his players responded to him in San Francisco, he’s the right blend of organized schemer and fiery motivator. He is a much better fit for New York than Adam Gase and, in typical NFL coach-replacing fashion, is a polar opposite of his predecessor, which already sounds great.

Saleh was passionate about getting his gig in New York and is meant to have a strong relationship with general manager Joe Douglas, far removing the Jets from their former Gase-Mike Maccagnan power struggle. Saleh can clean up the defensive issues in a hurry and was smart to hire Mike LaFleur, the brother of the Packers’ coach and another Kyle Shanahan assistant, as his offensive coordinator to turn things around there. Saleh also was wise to give up his defensive play-calling duties, instead trusting Jeff Ulbrich, who helped the Falcons improve in the second half of last season.

The Eagles punted on going up the Andy Reid tree again and instead chose the Frank Reich tree, with the intention of fixing franchise quarterback Carson Wentz. Sirianni, 39, was ready for the jump after learning from and working well with Reich.

Fans in New York and Philly are hard to please with the right coaches. Both Saleh and Sirianni are capable of big success in big markets with strong backgrounds and recent winning experience.

IYER: Who is Nick Sirianni? What to know about Eagles’ accomplished new coach

The Jaguars on paper ended up with one of modern football’s greatest coaches at any level. But the big wild card will be how Meyer, 56, does as the main personnel man, adjusting to drafting, trading and free agency vs. recruiting. As seen in the past, there are a wide range of outcomes for college winners to make the jump, from Jimmy Johnson’s success to Nick Saban’s failures.

Meyer will try to bring his mojo from Gainesville to Jacksonville, with a little bit of Columbus mixed in. He tapped into the Ravens for defensive coordinator Joe Cullen and also brought in former Seahawks and Lions offensive coordinator Darrell Bevell. There’s a clear direction in trying to make the most of landing Trevor Lawrence at No. 1 overall in the draft to be the franchise QB. There’s confidence Meyer will do some winning in the NFL, too, but there are enough unknown variables to keep him below the other two.

BENDER: Why Urban Meyer’s risky jump to NFL can succeed

Staley, 38, had an exceptional season molding the Rams’ talented defense into an elite unit and parlayed that into becoming the latest young hire from the Sean McVay tree. For his coordinators, Staley plucked Renaldo Hill from division rival Denver for defense and also landed longtime New Orleans assistant Joe Lombardi for offense.

The Chargers were smart to go defensive-minded as Herbert and the highly skilled offense is fine and should get better with some line help. But Staley and Hill can work to get much more out of group anchored by Joey Bosa and hopefully a back-healthy Derwin James. The Chargers are positioned to emerge as the Chiefs’ best challengers in the AFC West with the potential to at least earn wild-card status again in 2021.

MORE: Who is Arthur Smith? What to know about the Falcons’ new coach

Atlanta needs to get back to a more balanced, diverse attack to lift Matt Ryan. It needed to flip to a different style of defense and Pees’ base 3-4 makes sense to better take advantage of existing talent. Quinn and Thomas Dimitroff got this team to the Super Bowl, so Smith and Fontenot have a high bar. Making the needed philosophical overhauls is a good start.

When looking at the hires, Nos. 1-5 make a lot of sense in relation to the offensive, defensive, personnel and personality direction in which a team needed to go. Here’s the dropoff, as Houston went with Culley, the 65-year-old longtime former Ravens assistant, over the two Bills’ coordinators, Leslie Frazier and Brian Daboll, and Chiefs offensive coordinator Eric Bieniemy. Culley’s hiring isn’t good enough to keep Deshaun Watson around for him and GM Nick Caserio.

Culley is keeping offensive coordinator Tim Kelly, who did very well with Watson after Bill O’Brien was fired midseason but now is looking at operating without Watson. Just as interesting is Culley turning to former Bears, Buccaneers and Illinois coach Lovie Smith, 62, as the defensive coordinator charged with a massive makeover.

As the last team hiring a coach, the Texans seemed a bit ragtag and going against the grain of what the others did. With the mixed results from the Broncos going with Fangio in a similar circumstance, color us skeptical.

First off, Detroit shouldn’t have been roasted for hiring Campbell vs. a minority coach, given that it also hired two minority coordinators along with new GM Brad Holmes, the Rams’ former college scouting director. Second, with that out of the way, Campbell and Lynn also are presented with an immediate big challenge with the looming transition from quarterback Matthew Stafford to likely a rookie.

The other hires were based on scheming brilliance and staffing experience, while Campbell, the one-time Dolphins interim head coach, is somewhere in limbo on that spectrum. He’s a wild card like Meyer, only with nothing close to the same individual winning resume. Someone had to be last and, given how good this round of hires feels, Campbell is that guy.