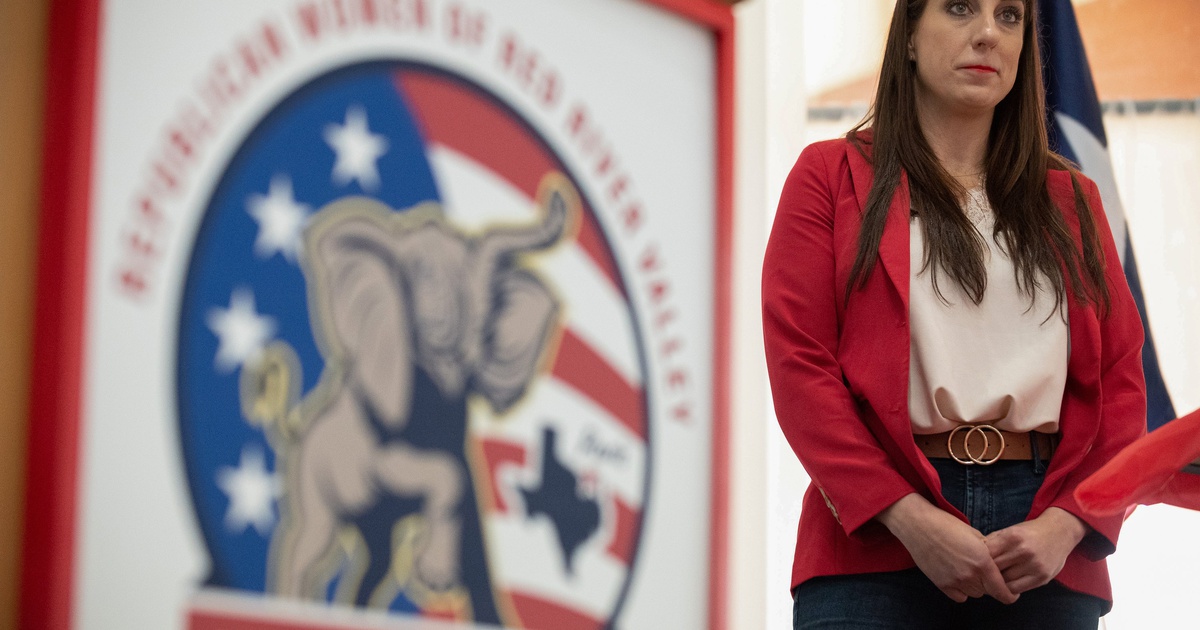 A West Texas rancher who has battled the Railroad Commission over abandoned oil wells on her property has poured $2 million into a dark-horse challenger for a seat on the commission, Sarah Stogner, as she looks to pull off a major upset in the May 24 Republican primary runoff.

It is another striking twist in a race that Stogner, an oil and gas attorney, previously shook up in the primary when she released a campaign ad of herself riding a pumpjack nearly naked.

Ashley Watt, who owns a 75,000-acre ranch in the Permian Basin, revealed to The Texas Tribune that she has provided the seven-figure funding to Stogner, saying it will be disclosed on a campaign finance report that is expected to be released Tuesday. The money is helping bankroll a substantial TV ad buy in the final two weeks before Stogner faces the commission’s chair, Wayne Christian, in the runoff.

“I am not a political person. I don’t really care about politics,” Watt said in a statement. “But when an old Chevron oil well blew out radioactive brine water into my drinking water aquifer, ruining my ranch and forcing me to sell my entire cattle herd, the Railroad Commission teamed up with Chevron to work against me.

Stogner and Watt are friends. Stogner said they connected last year on Twitter and then Watt hired her as a lawyer. Stogner has been living on Watt’s ranch in Crane County after going through a marital separation.

Stogner said Watt approached her in recent weeks and said she had done some polling — unbeknownst to Stogner — that showed she had a shot in the runoff. It was a dilemma for Stogner, who had been self-funding her campaign and proudly swearing off donations. But she said Watt eventually convinced her to “get your ego out of the way” and accept the money to have a good chance to win.

“We’re gonna go hard and try to win it,” Stogner said, adding that she is “still self-funding” outside of Watt’s help and “still not taking money from the industry I’m going to regulate.”

Christian is up for a second term on the commission, which regulates the oil and gas industry in Texas. He narrowly failed to win the primary outright in March, getting 47% of the vote to 15% for Stogner. A political unknown, she had captured wide attention in the weeks before the primary with her racy video — but she also campaigned on her oilfield experience and criticized Christian as too cozy with the industry.

Christian’s campaign did not return messages seeking comment on Stogner’s sudden TV spending, but he has stepped up his attacks on Stogner with the runoff looming, calling her a Democrat trying to fool GOP voters. He has pointed out she gave $25 to Democratic Beto O’Rourke in his 2018 race against Republican U.S. Sen. Ted Cruz and voted for the Democratic nominee in the last election for Railroad Commission. She has said she bought a T-shirt from O’Rourke’s campaign “as a joke” and also that she is “not a straight-ticket voter.”

In any case, Watt’s donation is significant. By comparison, the biggest checks that Gov. Greg Abbott — a fundraising powerhouse — tends to receive are $1 million each.

Watt’s money has allowed Stogner to blanket the state with TV ads pitching her candidacy, talking about her experience fighting “the liberal anti-oil politicians — and the woke corporations bankrolling them.” The 30-second spot concludes by billing her as a “tough conservative mama.”

Watt’s story has been well-documented. Her ranch has seen multiple abandoned wells, filled with cement long ago, start to spew dangerous chemicals, imperiling the groundwater beneath the ranch — and the cattle that rely on it. Chevron owns at least some of the wells, and it has worked to plug the leaks.

But Stogner has argued Chevron has not done enough to remedy the situation and the Railroad Commission, which is notoriously close to the industry, is not holding the company accountable by enforcing existing laws.

“Don’t let a California oil company permanently ruin the best part of Texas on your watch,” Watt told the commission in January. “Make them play by the same rules as anyone else and clean up their mess. Do your job.”

Christian thanked Watt at the time for testifying and said he has “concern about that.”

“If that is correct, there’s a problem that we as commissioners have a responsibility to the public and the law” to address, he said.

“He hasn’t done a Goddamn thing,” she said.

​​Watt has not been much of a political donor until this election cycle. She donated to two of Christian’s Republican primary challengers who did not advance, Thomas Slocum ($15,000) and Dwayne Tipton ($2,000). Records with the Texas Ethics Commission also show she gave $10,000 to Casey Gray, who unsuccessfully challenged state Rep. Brooks Landgraf, R-Odessa, in the March primary.