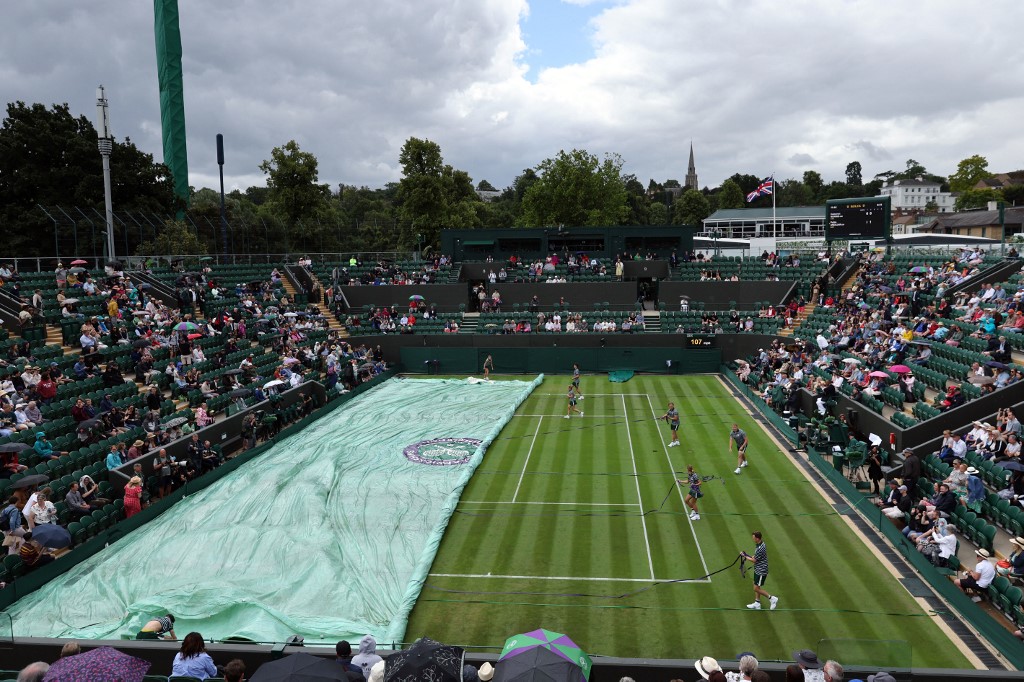 Court 2 is covered by ground staff personnel to protect it from the rain on the first day of the 2022 Wimbledon Championships at The All England Tennis Club in Wimbledon, southwest London, on June 27, 2022. (Photo by Adrian DENNIS / AFP)

Rain brought a halt to play after just 30 minutes on the first day of Wimbledon on Monday.

Action on the outside courts was suspended at 1140 local time (1040 GMT), with officials saying there would be no resumption before 1300.

However, Novak Djokovic will be able to start his title defense on time later Monday, with his clash against Kwon Soon-woo of South Korea taking place beneath the Centre Court roof.