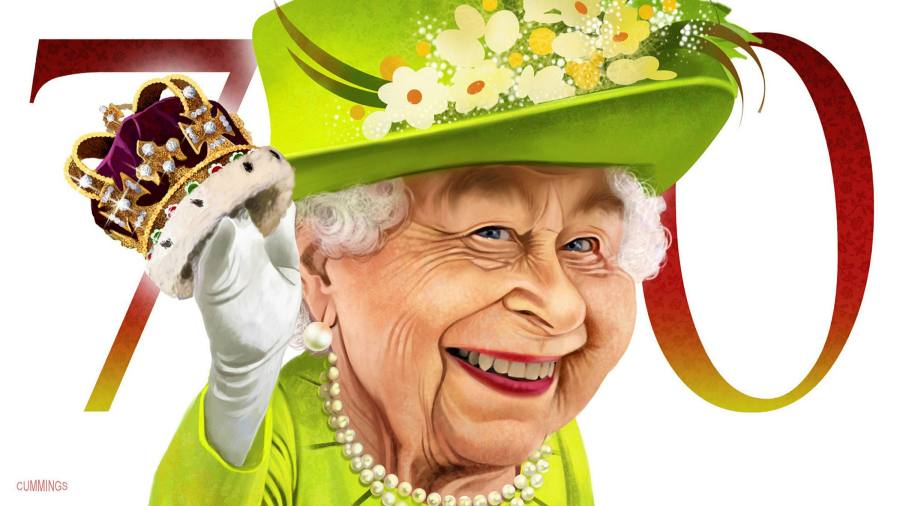 This week, to mark her platinum jubilee, Queen Elizabeth II gave a tell-all TV interview. No, of course she didn’t — she’s the Queen, and she hasn’t sailed to her 70th anniversary on the throne by adopting the tactics of mere politicians and celebrities. Already Britain’s longest reigning monarch, she is one of the very few people who make the news simply by carrying on.

Elizabeth II is the best known of all Britons, yet she reveals little. Biographers have found other royals ready to open up, but she remains a closed book. Aged 96, she has given at most one interview (a 2018 “conversation” about her coronation), and limits herself to brief offhand remarks and an annual televised Christmas message. She is seen but not heard — as on this long holiday weekend, when she appears on a Buckingham Palace balcony to survey the jubilee pageantry.

Britons love her for this discretion. Four-fifths have a favourable opinion of the Queen, putting her clear of the next most popular royal, Prince William. Sales of official platinum jubilee souvenirs have been suspended due to “unprecedented demand” — a blow to those in urgent need of a £225 gold-finished teacup and saucer.

Elizabeth Windsor took the throne in February 1952, aged 25, when her father died suddenly. She was on holiday in Kenya with her husband Philip when she heard. (Their two children at the time, Charles and Anne, aged 3 and 1, had been left behind in the UK.) “I’ve ruined everyone’s trip,” she apologised to one of her party.

In reality, her life from the age of 10, when Edward VIII abdicated, had built up to the moment. Her sister Margaret had felt an early wedge between the two, as tutors focused on the Queen. On her 21st birthday in 1947, Elizabeth promised in a radio address to devote her “whole life, whether it be long or short”, to the service of the peoples of the Commonwealth and Empire.

The Empire has disintegrated, and Britain has changed starkly. But only rarely has the Queen been left behind. Her low point was in 1997, when public angst at the death of Diana, Princess of Wales, was channelled into a complaint that the monarch had not shown enough emotion. One defence is that she was caring for Diana’s sons, William and Harry, at Balmoral. But Britain’s obsession with the royals has never ceded much ground to their wellbeing.

Otherwise, her family’s woes largely make her look good by comparison. She avoided the gaffes of her husband and the unhappy marriages of her children. She certainly never mingled with Jeffrey Epstein. Criticism of “the Boss”, for, say, aloof parenting or having funded Prince Andrew’s aggressive legal tactics, has never stuck.

Her reign has spanned 14 prime ministers, starting with Winston Churchill, and has featured weekly audiences with them. “In many ways it was cathartic,” Sir John Major recalled this week. “You could discuss things with the Queen that you couldn’t really discuss with hardly anybody else.” He joked he often wished that she was in the cabinet.

Her views have almost never leaked, but she was thought to be unhappy about Margaret Thatcher’s dovish stance on apartheid South Africa and was persuaded to make the slightest of interventions on behalf of the Union in 2014’s Scottish independence referendum. She was dragged into the Brexit debate, with Eurosceptics claiming that she had backed Leave (on spurious evidence). Economists have suffered a couple of barbs about the financial crisis: in 2008, when she asked why no one saw it coming, and again in 2012 on a visit to the Bank of England, she observed that “people got a bit lax”.

The Queen is not the most influential Briton, nor the richest. Her wealth is estimated at £370mn, putting her behind the musician Sir Elton John, who will play at a jubilee concert on Sunday. She agreed to pay income tax as one of her periodic curtsies to the public mood.

What sets her apart is her sense of duty. Unlike any other royal, except perhaps Anne, she has never chafed at service. She has been defined by faith, horses, corgis, colourful outfits, the Commonwealth and, most of all, Britain itself.

Her judgments seem surprisingly wise. When planners suggested she could mark her golden jubilee in 2002 by riding the new London Eye, she apparently responded: “I am not a tourist.” She did, however, agree to take part in a James Bond sequence for the 2012 Olympics opening ceremony and a comedy promotional video for Prince Harry’s Invictus Games in 2016.

Somehow the Queen manages to resonate even with some republicans and those who find the deference to monarchy cringeworthy. Punk singer Johnny Rotten said this week that he had respect for her. When the gardening presenter Alan Titchmarsh fawned at a jubilee event, “For 70 years, there’s been one constant heartbeat of this nation, and that heart belongs to Her Majesty The Queen”, the camera cut to the woman herself, who shrugged, very relatably.

If she makes it to June 2024, she will overtake Louis XIV, France’s Sun King, as history’s longest reigning monarch. But nothing lasts forever. Her husband Philip died last year. She couldn’t attend the state opening of parliament last month due to “episodic mobility issues” or Friday’s thanksgiving service at St Paul’s due to “discomfort”. Officials wait to enact solemnly Operation London Bridge, a choreographed sequence to mark the inevitable.