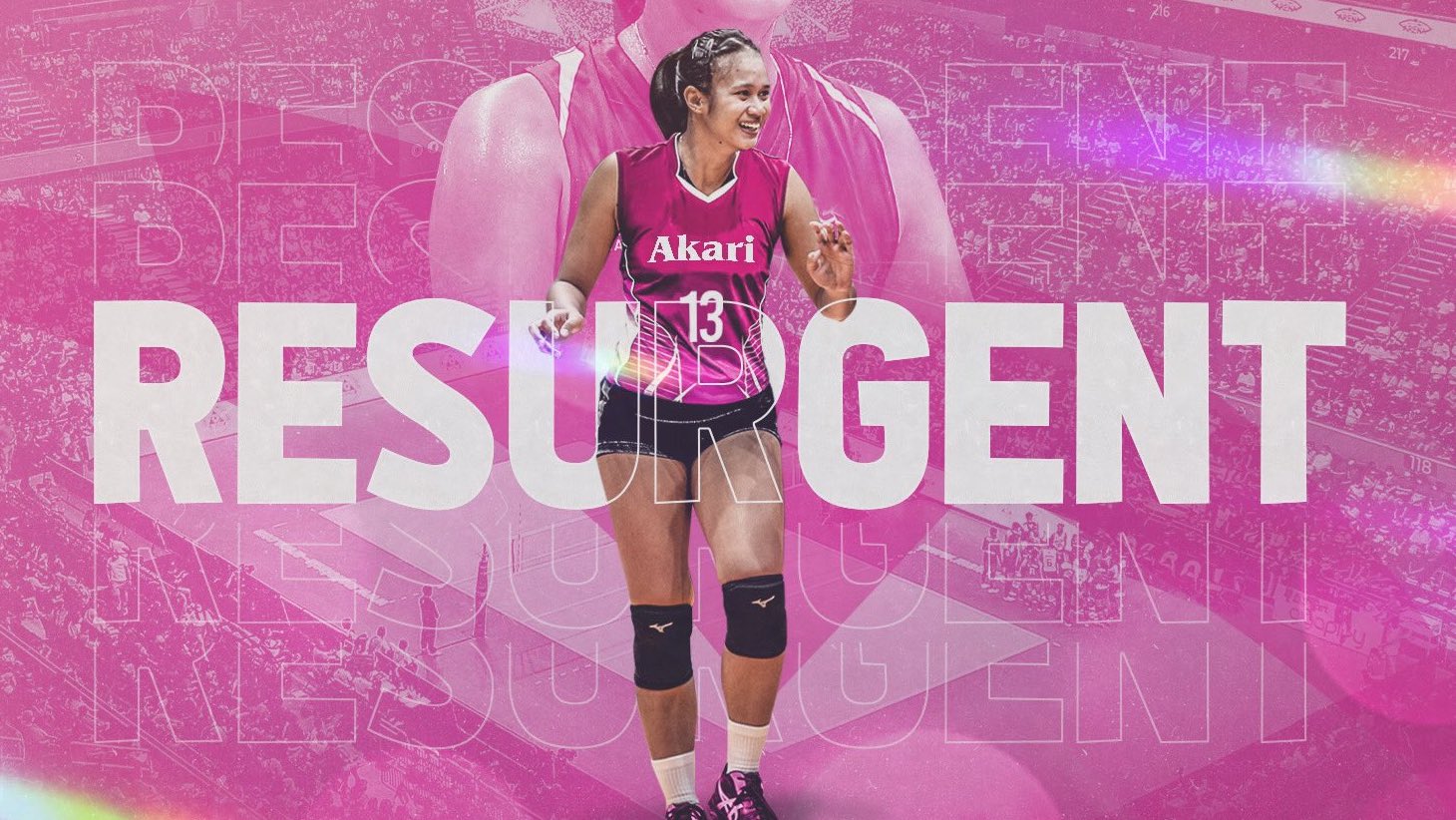 The Power Chargers are elated to have Maraguinot to their team after the former Ateneo star attended the tryouts last week.

“Even with the arrival of young talents, many fans are still longing to someday see again one of the most graceful spiking forms in local volleyball,” Akari wrote. “And Jhoana Maraguinot is hoping—and ready to hustle—to give it to you.”

Even with the arrival of young talents, many fans are still longing to someday see again one of the most graceful spiking forms in local volleyball.

Maraguinot last played for BaliPure in the Open Conference before the club decided to skip the Invitationals, which kick off this Saturday.

It was Maraguinot’s third team in two years after she played for the Perlas Spikers in last year’s Open Conference before transferring to BaliPure in the first tournament of the 2022 season.

Akari, coached by Brazilian Jorge Souza de Brito, is set to reveal its other players.

The Angels, who reached the previous Open Conference finals, announced their signing on Buitre also on Thursday.

BaliPure has already lost three players with setter Alina Bicar also signing with Chery Tiggo, while most of its players were seen during Akari’s tryouts.

La Salle standout Erika Santos is taking her talent to PLDT after playing her last UAAP season as a Lady Spiker with a silver medal finish in the Season 84 women’s volleyball tournament.

Cignal, on the other hand, welcomed National University standout Jacqueline Acuña, who was part of the Lady Bulldogs’ perfect title run.