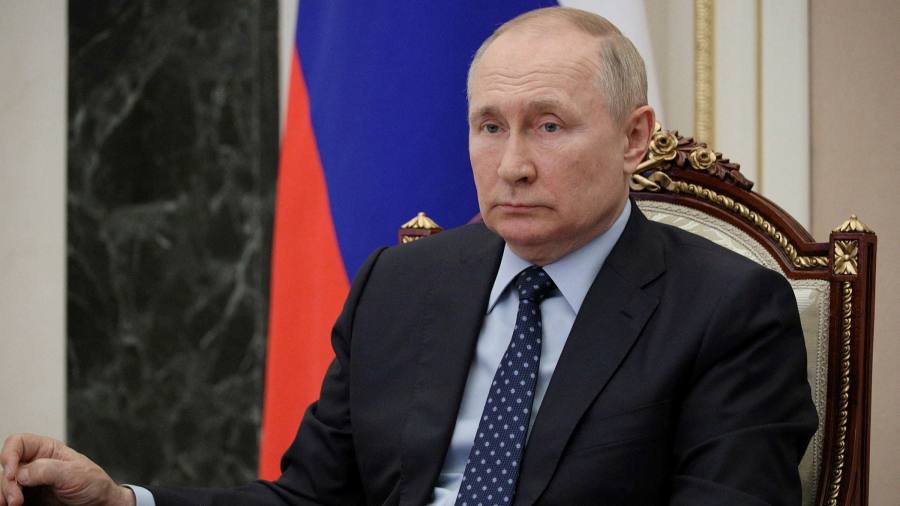 The Russian president admitted that sanctions were undoubtedly hurting Russia’s economy but said western powers stood to inflict more harm on themselves as they wrestle with rising inflation and a growing cost of living crisis.

“All this reveals, once again, that sanctions on Russia end up causing much more harm to those countries that impose them,” Putin told members of the government in a televised address on Friday.

“The further use of sanctions could lead to even more severe consequences, even, without exaggeration, catastrophic consequences on the global energy market,” he said.

His comments will increase concerns that Russia could look to disrupt oil supplies if G7 members move ahead with plans to try to cap the price Russia can receive for its crude, the primary source of government revenues.

The oil industry fears Russia could look to cut oil exports in retaliation if the G7 pushes ahead with its plan. Analysts at JPMorgan have warned that oil prices could soar towards $380 a barrel if Moscow slashed exports as “a way to inflict pain on the west”.

Russia has already been accused by European officials of weaponising gas exports after it cut capacity on the Nord Stream 1 pipeline to Germany by 60 per cent last month. The International Energy Agency has warned Europe to prepare for a complete cut-off of Russian gas supplies this winter, with possible rationing of fuel to industry and even homes.

Gas prices have almost doubled in the last three weeks and on Friday Uniper, Germany’s biggest buyer of Russian gas, sought a multibillion-euro bailout from Berlin, warning that supplies to Europe’s largest economy are under threat.

Households in the UK have been told to prepare for further sharp increases in energy bills this winter, with the price cap for domestic electricity and gas bills predicted to soar towards £3,400 per annum for the average household, three times the level in 2020.

Russia has already signalled a willingness to take action that could disrupt oil supplies. This week a Russian court ordered a 30-day halt to loadings of oil exports at a Black Sea port that is a key conduit for Kazakhstan’s exports. While oil flows have continued prices for regional grades of crude have surged.

In Libya, General Khalifa Haftar, who enjoys Russian support alongside backing from Egypt, has also stepped up a military campaign that has disrupted the country’s oil and gas exports in recent weeks.

International oil prices have fallen in the past month as concerns about a recession have overshadowed the threat to supplies but remain above $100 a barrel, a level they had not traded at since 2014.

Putin said western countries were attempting to convince other energy producers to increase their output in order to keep down prices “but the energy market,” he said, “does not tolerate such fuss”.

US president Joe Biden is due to travel to Saudi Arabia next week, where requests for higher oil output from Gulf states are expected to be on the table as part of wider discussions on security in the region.

Riyadh has accelerated planned production increases under an Opec+ oil producers’ agreement but has stopped short of adding significant additional volumes to the market, warning it does not have unlimited spare capacity. 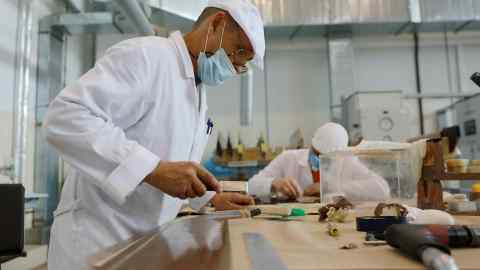 People familiar with the kingdom’s thinking say they are concerned Russia’s output could fall sharply later this year under western sanctions.

Putin claimed that the “economic blitzkrieg” attempted by Russia’s foes had “obviously failed”, but admitted that sanctions were hitting the economy.

He said Russian oil production had grown this year despite sanctions, rising 3.5 per cent since the beginning of the year, while gas production had fallen by 2 per cent.