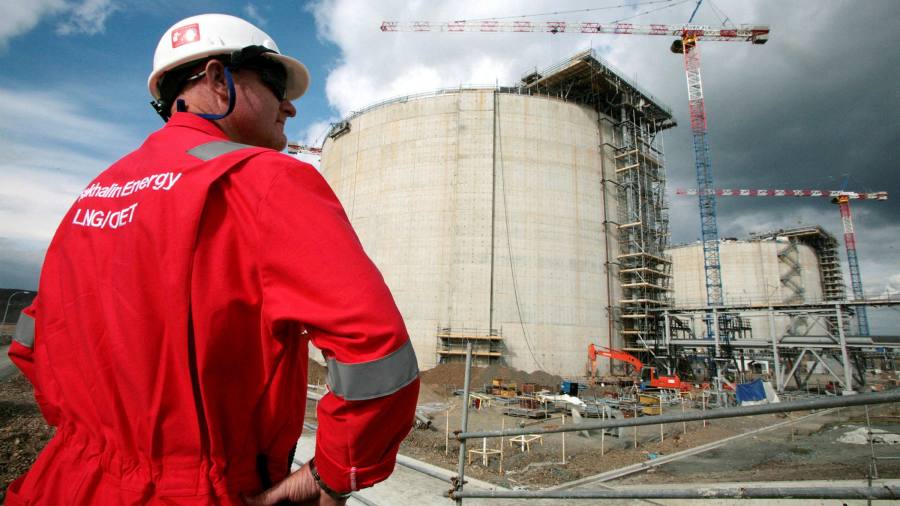 Vladimir Putin has ordered the transfer of all rights to the Sakhalin-2 natural gas project to a Russian entity in a move that could force foreign investors including Shell, Mitsubishi and Mitsui to walk away from the project.

The Russian president’s decree said western sanctions had created “the threat of an environmental and technological emergency” at Sakhalin-2, forcing Moscow to act “to defend its national interests”.

Putin’s decision marks the first time the Kremlin has nationalised a company since hundreds of multinationals announced plans to withdraw from the country following Russia’s invasion of Ukraine. Moscow has repeatedly threatened such action if companies neglected their legal obligations in Russia or failed to pay their workers.

The war in Ukraine and Russian cuts to Europe’s gas supply have spooked markets, prompting accusations Moscow is using its huge energy resources as a weapon and sending energy prices sky-high.

The decree gives existing investors one month to decide whether or not to remain stakeholders in the new entity. They must provide documentation proving their ownership, though Russia’s Gazprom will automatically retain its stake of 50 per cent plus one share. Gazprom did not return a request for comment.

Stakeholders that opt out of the project might not be fully compensated. Russia will hold an audit to determine damages and will charge Sakhalin-2’s shareholders for them if any are found, the decree said.

Russia’s cabinet will manage the project until the appointment of a chief executive from local management.

The 28-year-old Sakhalin-2 project was developed by Gazprom along with oil major Shell, which holds a 27.5 per cent stake, and Japanese trading houses Mitsui and Mitsubishi, with respective stakes of 12.5 per cent and 10 per cent.

Shell said on Friday it had “always acted in the best interests of Sakhalin-2 and in accordance with all applicable legal requirements”, and was assessing the implications of the decree. The company said in March that it would abandon the venture, putting pressure on the Japanese stakeholders.

Most western companies with stakes in Russian energy projects are either trying to sell them or have written off their assets.

However, Japanese companies are expected to opt into the new deal, given the fragility of Japan’s energy supply and the mothballing of the majority of its nuclear power stations following meltdowns at the Fukushima Daiichi plant in 2011.

Japan’s regional gas utilities rely heavily on Russia to fuel some of the country’s largest cities, including half of annual supplies used in Prime Minister Fumio Kishida’s native Hiroshima, and about 10 per cent in Tokyo. Russian liquefied natural gas accounts for almost a 10th of Japan’s total gas imports.

Kishida said on Friday his government did not believe that the decree would immediately stop supplies of Russian LNG, “but we will have to pay close attention to what kind of contract will be required [to foreign companies] under the decree. We need to communicate with business operators to think about how to respond.”

A Japanese government official familiar with the talks told the Financial Times the creation of the new Russia-based operating entity could mean the consortium may have to pay taxes to Russia.

The official said Japan was prepared to endure even that to stay in Sakhalin, given the extremely favourable conditions on which it signed the long-term LNG import contracts from the project and sky-high prices on the LNG spot market.

“We are staying,” said the Japanese official.

The FT reported in April that Japanese gas companies were preparing plans to source LNG from Malaysia, Australia and the US in case of disruption of supply from projects Japan had jointly developed with Russia.

The most exposed is Hiroshima Gas, which buys about 200,000 tonnes of LNG a year from Sakhalin-2 in a contract that runs until March 2028.