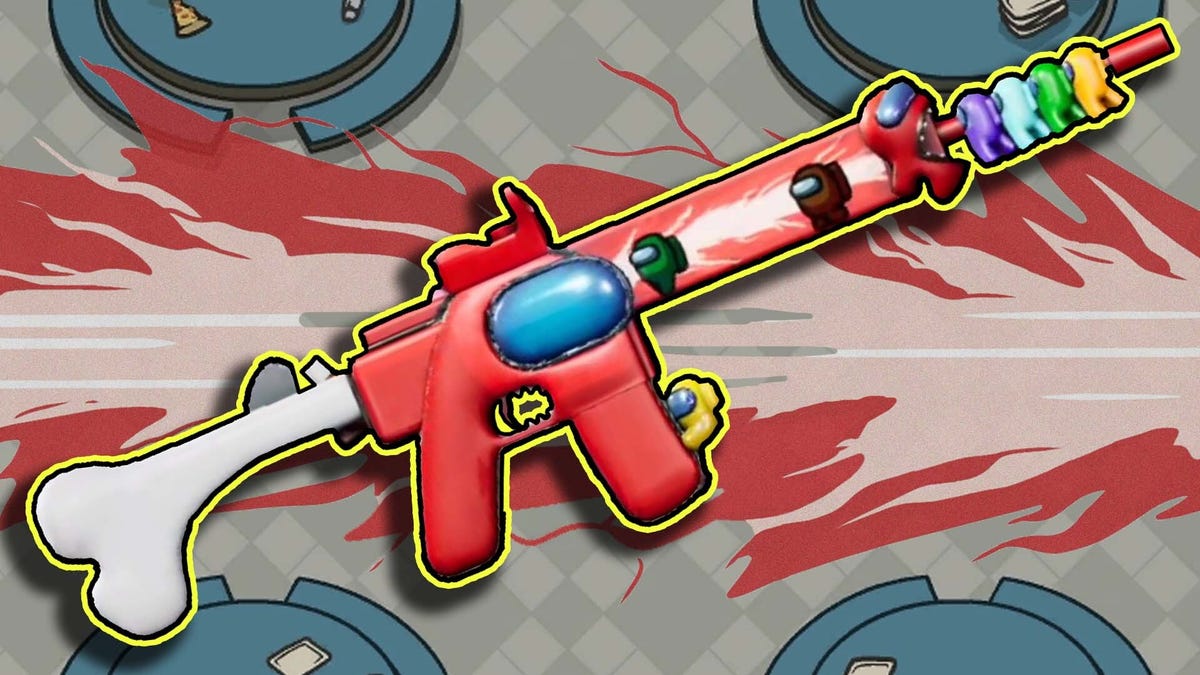 The popular social deduction game Among Us has snuck its way onto the free-to-play PUBG Mobile sequel you might not have heard of. In a limited-time event that runs until May 19 in the battle royale shooter New State Mobile, you can get a sus-looking gun that has my imposter senses tingling.

Developed by PUBG Studios and published by Krafton, New State Mobile launched in November 2021 on Android and iOS devices. It’s this futuristic, online battle royale shooter designed as a sequel to PUBG: Battlegrounds and its mobile counterpart PUBG Mobile. So much like PUBG, 100 players drop onto Troi Island aiming to be the last survivor, collecting gear and shooting peeps in the process. While it hasn’t made too many headlines, the game’s frenetic action was still a hit among fans. About a month after it launched, New State Mobile surpassed 45 million downloads. I don’t know who is playing it, but someone is. And now, the imposters have invaded.

As part of a limited-time event, Innersloth’s charming sus crewmates have landed on New State Mobile’s island of Troi to wreak all kinds of havoc. What this means is you can unlock imposter-themed content in-game. This includes stuff like icons, profile frames, and titles, as well as a cosmetics for your soldier such as helmets. Oh, you can also get a pretty horrific gun.

You only get the briefest glimpse in that trailer, but a Twitter user named pleinSolei shared an image of the bizarre Among Us-themed weapon. It’s a legendary upgradeable gun skin for the M416 assault rifle that comes with some unique visual effects when unlocked. For example, several crewmates occasionally run across the gun’s barrel. There are different muzzle animations to change the color when firing. You can even unlock kill sequences from Among Us, like the brutally silly tongue kill. I can’t forget the sharp teeth wrapping around the actual trigger of the gun, either. Really Weird stuff. It’s a bummer then that the only way to get it is via loot box.

During the limited-time event, you earn Among Us-themed crates as you complete matches and gain experience in New State Mobile. It’s these boxes, which you then use one of three types of in-game currency to unlock, that contain various Innersloth gear. So, you’re leaving it all up to RNJesus. There’s apparently only a 0.30% chance for the Among Us M416 to drop. If anyone claps you with this gun, you’ll know who the imposter is.

With the event running until May 19, you can also participate in an Among Us-themed mini game based on the game’s social dedication mechanics. At the start of each match, one squad member will be randomly chosen as the imposter. Their objective is to kill their teammates before the match officially starts using whatever weapons are available. There isn’t a reward for “winning.” It’s just a fun little thing to do while waiting for shit to get real.

New State Mobile is downloadable for free on Android and iOS devices.