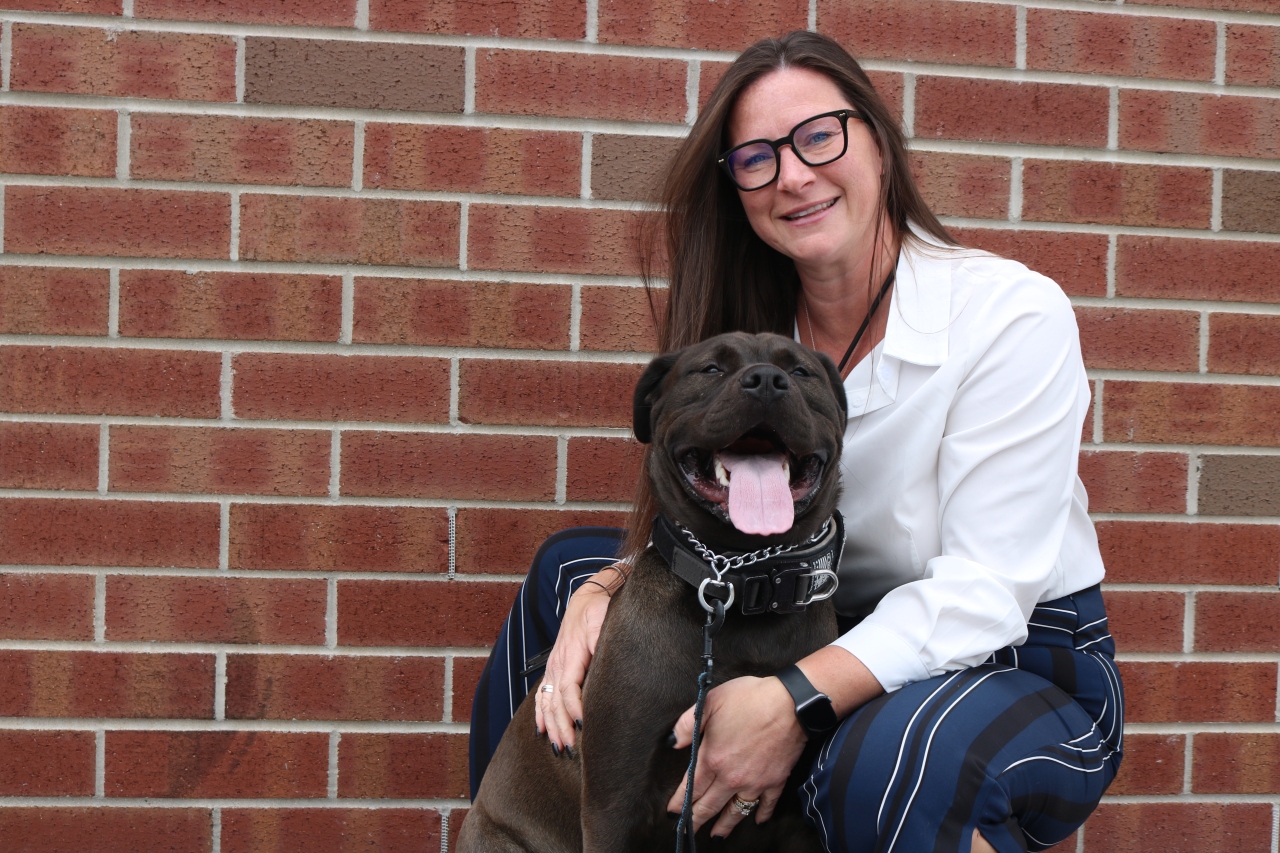 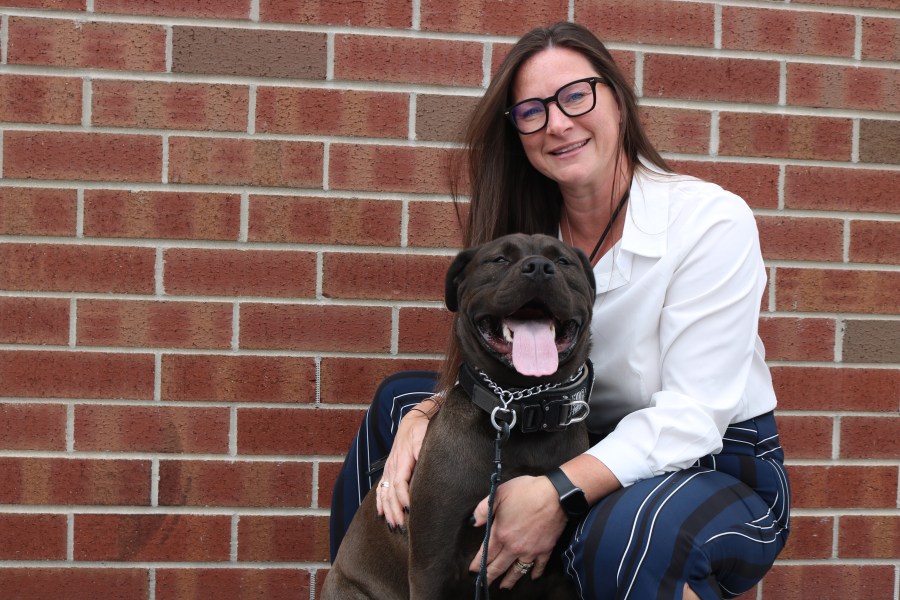 LAWRENCE, Ind. — When Lawrence Police Department’s Captain Erika Schneider fell in love with Hoss, a big and fluffy black and brown mastador, she knew that he was not just meant to be a family dog.

After taking Hoss on as emotional support for herself, Captain Schneider approached LPD’s former Chief of Police, David Hoffman, to explain how she knew that the department could benefit from Hoss’ keen senses and abundance of love. “Hoss was really able to validate my feelings and provide support to me. So when I brought it to the Chief he’s like ‘One-hundred percent on board. Yes. We’re going to do this.’,” explained Captain Schneider.

After Hoss became an official part of the police department, he went through extensive training with the department’s K9 trainer, Adam Hazelwood. He travels with Captain Schneider almost everywhere he goes. One of his main jobs at the department is attending memorial services for fallen officers to provide support for not only the department but also the late officer’s family as well.

“He is seeking out other people when he is here. He wants to be able to provide that attention to our officers,” said Captain. “He provides an outlet even if you don’t know that it’s happening.”

Captain Schneider mentioned that she has seen a change in the officers and staff of the department since bringing Hoss on to the team. “I think having Hoss gives [our staff] a break. Whether it’s getting away from the computer, or just getting away from anything at this point, a phone call, it’s just that break that allows you to breathe for a minute. That’s important for us.”


How to keep dogs cool in summer

Hoss is extremely well-loved by every staff member at Lawrence Police Department. Almost every department in the building keeps treats and toys with them so that Hoss feels love no matter what door he ends up walking through.

Hoss also wanted to relay the message of “Woof, woof, woof, ruff, woof” which we have loosely translated to “I love my job. Humans are the best. I give them love because life can be hard sometimes. Also please tell my mom to give me more treats.”