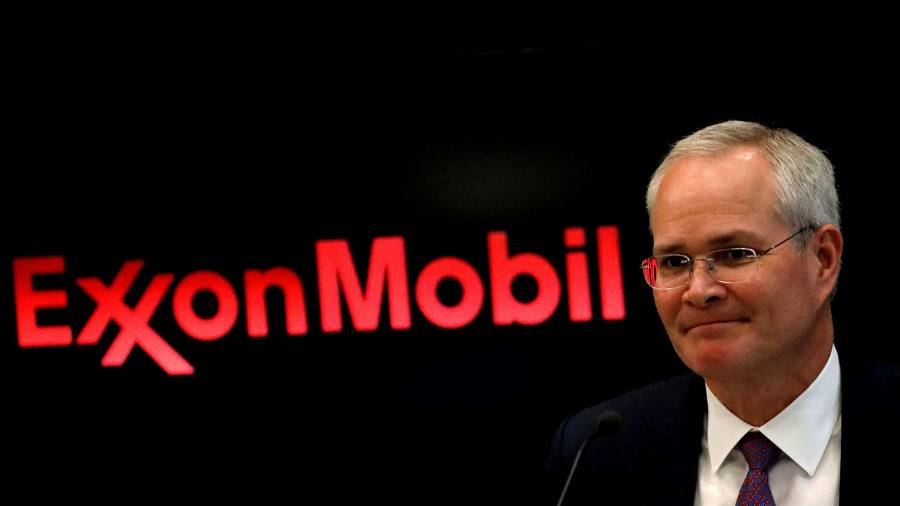 The fund, Engine No 1, has called for a board overhaul and sweeping changes to Exxon’s strategy on climate, capital allocation and executive pay.

The vote on May 26 is shaping up to be one the biggest proxy contests in US corporate history and will reveal the extent of investor concern about climate risks facing fossil fuel producers.

ISS’s advice, circulated to shareholders on Friday, said Engine No 1 had “made a compelling case for change” and suggested Exxon’s strategy remained too reliant on rosy assumptions about future oil consumption.

The company “continues to base strategy decisions on what appear to be overly optimistic demand and technology assumptions, and does not provide shareholders with enough information to fully understand how prepared it actually is for an energy transition”, ISS said.

Exxon’s “energy transition strategy appears to rely heavily on carbon capture, which will likely require government support to be viable”, it added.

ISS recommended voting for Gregory Goff, Kaisa Hietala and Alexander Karsner on the Engine No 1 slate, saying they offered relevant industry experience and energy transition expertise. It did not endorse a fourth nominee, Anders Runevad, the former head of wind power company Vestas.

Engine No 1 said the ISS recommendation was “further validation of our belief that addressing the fundamental issues at ExxonMobil requires a board that includes individuals with relevant energy industry experience and skills”.

On Wednesday, UK-based Pensions & Investment Research Consultants, another proxy adviser, backed the fund’s four board nominees and recommended voting against five Exxon board members, including Woods. Glass Lewis, another shareholder adviser, has yet to make its recommendation.

In response to investor pressure this year, Exxon has appointed some new board members; reported scope 3 emissions, or those produced from the burning of its products; and announced a new low-carbon business line and a $100bn carbon capture concept project in Houston.

Facing investor anger over its high spending and debt pile, it slashed planned capital expenditures and in March backed away from plans for a rapid rise in oil production during the next four years.

ISS acknowledged these efforts, saying Exxon had “demonstrated a willingness to engage” with shareholders since the activist pressure started.

While Exxon’s oil producer rivals in Europe have begun building clean energy capacity, the US producer has resisted any pivot away from oil and gas.

“We’re not in the power generation business,” Woods told the FT recently. “What can we bring to those opportunities other than a cheque book?”

Exxon has instead focused on technology such as carbon capture and biofuels, although none of these has reached sufficient scale despite years of investment from the company.

After four consecutive quarterly losses last year, it returned to profitability in the first three months of 2021. Its stock has outperformed rivals’ this year and is up almost 50 per cent since Engine No 1 launched its campaign.

ISS attributed the stock performance to shareholder pressure, “rather than to long-term strategy decisions made by the board”.

Andrew Logan, director of oil and gas at Ceres, which co-ordinates investor climate action, hailed a “landmark decision” by the adviser.

“This should create a sense of urgency in every oil company boardroom. Exxon is the first target for activists, but it won’t be the last,” he said.