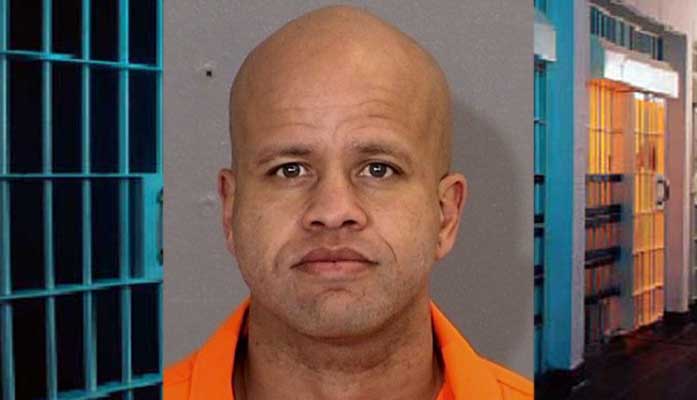 A decision is expected soon on whether a former U.S. Army sergeant will stand trial once again on 50 counts of child molestation or if the charges will be forever dismissed due to what a legal ethics expert identified as several ethical violations by the prosecutor who worked the first trial.

Justin Alexander Copeland was serving 34 years in prison with no early release until the Arizona Court of Appeals recently overturned his 50 convictions for allegedly engaging in multiple acts of non-intercourse sexual contact with his stepdaughter in 2016 and 2017.

The official reason noted by the appellate court for ordering the retrial is that Judge Laura Cardinal of the Cochise County Superior Court improperly allowed jurors to be exposed to hearsay testimony which should not have been admitted. However, the three-judge panel also took the opportunity to mention concerns raised with the prosecutor’s conduct before and during Copeland’s 2019 trial.

Those concerns were left for Cardinal to address if the State elected to retry Copeland, which Cochise County Attorney Brian McIntyre has chosen to do.

As a result, McIntyre has until Monday to respond to a highly critical review by Karen Adams, one of Arizona’s top legal ethics attorneys, who did not hold back in her opinion about the unethical conduct of Sara Ransom who was the prosecutor on Copeland’s case.

“In this case, Ransom presented Redacted Clips to the jury that misrepresented the evidence, made statements to the court that were material and knowingly false, misled the jury by leading them to believe certain facts that were untrue, and knowingly mischaracterized facts,” Adams noted in her expert opinion declaration.

The opinion of Adams, who specializes in legal ethics, professional responsibility, and state bar discipline, is included in a 30-page Motion to Dismiss filed on Copeland’s behalf by Cochise County Legal Advocate Xochitl “Sochi” Orozco. The motion argues for Cardinal to dismiss the charges against Copeland “with prejudice” meaning they cannot be refiled.

“The State’s actions in this matter have vitiated Mr. Copeland’s fundamental rights to a fair trial and due process” as guaranteed by the Arizona and U.S. Constitutions, Orozco wrote to Cardinal. “The deliberate, pervasive prosecutorial misconduct dictates that jeopardy attach to Mr. Copeland’s case and the charges be dismissed with prejudice as the conduct violated Mr. Copeland’s rights to due process.”

A key finding in Adams’ report involves bodycam footage of an interview Sierra Vista police had with Copeland. Ransom edited the lengthy video into short “clips” which were played at trial for the jury.

But according to Adams and Orozco, Ransom produced clips which omitted Copeland’s repeated denials and then repeatedly insisted in front of the jurors that Copeland never denied engaging in sexual misconduct culpability during the interview – when in fact he had at least three times.

Those video clips were introduced at trial, Adams noted, only after Ransom argued to the judge that Copeland had been confronted about the sexual abuse allegation but “did not say, oh, wow, no I absolutely did not do this.”

Adams contends another ethics violation occurred when Ransom asked now former Sierra Vista Officer Jock Russell whether Copeland made any admissions during the interview about the molestation allegations “outside of” the redacted video clips.

Russell testified that Copeland “did not deny it,” referring to the sexual misconduct. “Ransom allowed this material false testimony by her testifying officer to stand, and did not correct it,” Adams noted in her report.

Orozco’s motion for dismissal of the charges argues that the prosecutor’s mischaracterization to the Court and the jurors of what Copeland said to police “cannot be deemed to be accidental or a misunderstanding” because it was Ransom, on behalf of the Cochise County Attorney’s Office and the State of Arizona who prepared the clips.

“There can be no other interpretation of the evidence other than the state deliberately misled this Court to convict Mr. Copeland, in clear denial of his right to due process,” Orozco added

Another alleged ethics violation involved several questions the prosecutor asked the girl’s mother on the stand about a court filing the mother made. That filing was a protective order keeping Copeland away from the girl.

Cardinal ruled prior to trial that there was to be no testimony “pertaining to or alluding in any manner to the existence of an application for a protective order…as well as the protective order based on the application.” But the judge had to call a sidebar at which she chided Ransom for “opening a bad door” with the questions.

Even the Arizona Court of Appeals weighed in on the questions Ransom asked the mother, noting the judges did not condone the prosecutor’s “apparent violations of the court’s order” but were not addressing it in the opinion as it “is unlikely to recur at any retrial.”

Cardinal has ordered the parties back to court June 29. Copeland was slated to stand trial again July 19 but a motion to delay the trial is awaiting Cardinal’s ruling.

Copeland’s argument for dismissal is based in part on a 1984 Arizona Supreme Court decision known as Pool v. Superior Court. In that case, the justices dismissed charges against a defendant after the local prosecutor attempted three times to make Steven Pool stand trial in connection with a theft case.

On the third attempt at prosecution, Pool filed a petition for special action to the Arizona Supreme Court, arguing the charges should be dismissed due to double jeopardy and “prosecutorial vindictiveness.” The justices agreed, noting that the question of whether a particular action by the prosecutor is misconduct depends to some extent on the circumstances of the particular case.

“Our system represents a rule of law based upon the principle that officers of the law are bound by and must act within the law, even though the necessity of so doing may put them at a disadvantage in dealing with criminals or those accused of crime,” Justice Stanley Feldman wrote in the Pool opinion.

Feldman went on to cite a 1935 opinion written by U.S. Supreme Court Justice George Sutherland which noted a prosecutor’s interest in a criminal prosecution “is not that it shall win a case, but that justice shall be done.”