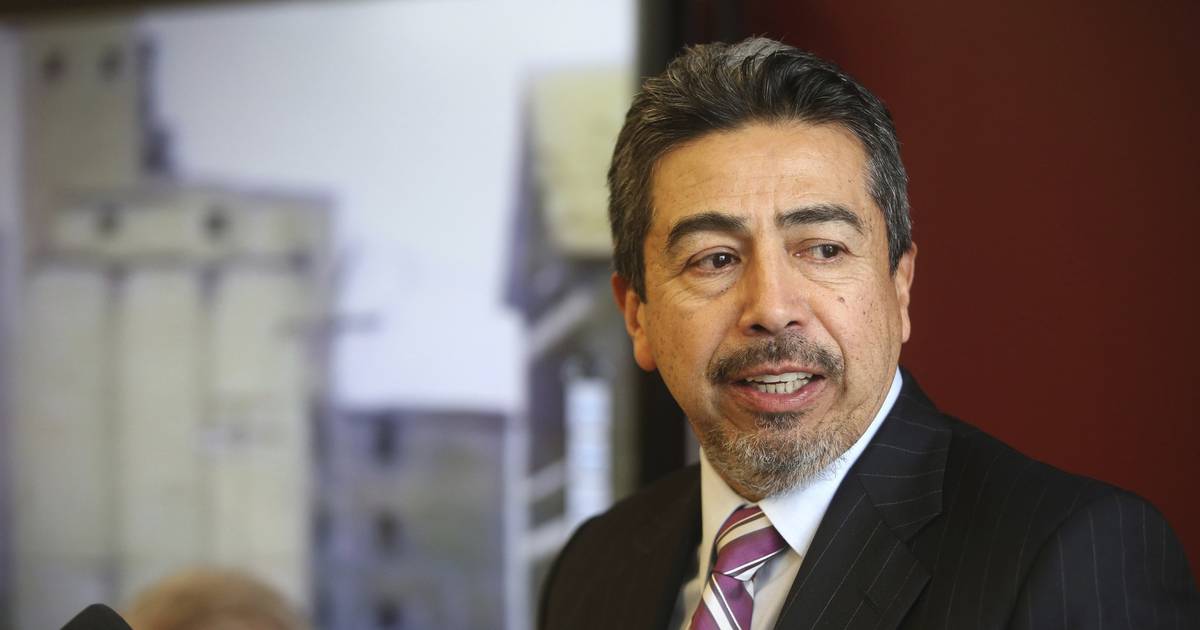 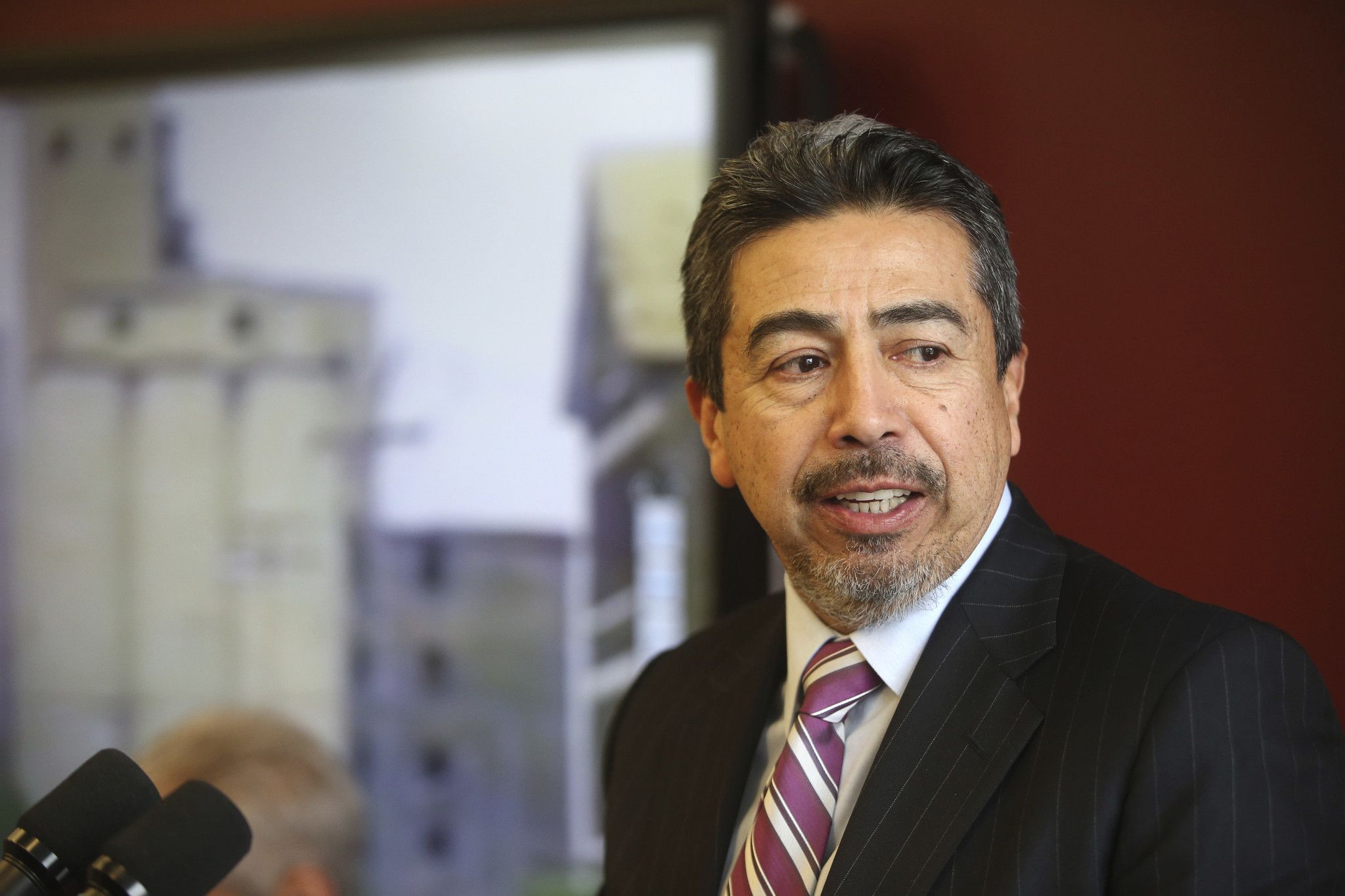 A federal prosecutor on Thursday delivered an impassioned defense of the deferred prosecution deal with former Ald. Daniel Solis, telling the federal judge overseeing the high-profile case that Solis’ cooperation was perhaps “singular” even in the city’s long history of political corruption.

“Some may view (Solis’ cooperation) as being with little precedent, but what Mr. Solis did also was with little precedent,” Assistant U.S. Attorney Amarjeet Bhachu said during a status hearing in Solis’ case. “He didn’t just talk. He took action. He worked with the federal government for six years to expose corruption.”

Bhachu was responding to a victim-impact statement from Solis’ replacement as 25th Ward alderman, Byron Sigcho-Lopez, who asked U.S. District Judge Andrea Wood to consider Solis’ “rampant and unchecked corruption” when deciding whether to go along the deal, which will leave Solis with a clean slate in three years if he continues to cooperate.

Sigcho-Lopez urged the judge in the two-page letter to consider “scaled and appropriate penalties” that reflect the seriousness of Solis’ conduct, which he said did long-term damage to the citizens of the ward.

“If former Alderman Solis is not held accountable/charged, we feel that our hard work to reform will be undone,” Sigcho-Lopez wrote.

Bhachu, however, told Wood on Thursday that the letter overstated Solis’ misconduct and failed to take into account the consequences he has already faced for turning government mole.

When Solis was confronted by investigators back in 2016, Bhachu said, he “had a choice” about what his path would be, including to refuse to cooperate, deny accountability, and fight any charges that came his way.

“That is an easy path that many in this city to date have followed,” Bhachu said. “Mr. Solis chose a more difficult path, judge. He cooperated with the government for approximately six years. When we asked him to meet, he did so. When he was asked to make a recording with a third party, he did it.”

During the course of his undercover work, Solis personally made “hundreds of recordings” and helped form the basis of government requests for wiretaps on others, Bhachu said, making him one of the most significant government witnesses of the last several decades.

“A lot of people talk about cleaning up corruption, and often all it amounts to is talk,” Bhachu said. “It’s rare when someone actually delivers, and in this regard, Mr. Solis delivered.”

Bhachu also said Solis has suffered for his corruption, even if it won’t include a felony conviction. He lost his seat in the City Council, he can’t run for public office again, and he’s been ostracized by former colleagues, according to the prosecutor.

“Life is never going to be the same for him again,” Bhachu said. “These are all real consequences.”

After Bhachu finished, Solis’ attorney, Lisa Noller, said she had nothing to add, “Because we agree with all of it.”

At the conclusion of the hearing, Wood agreed to exclude time in Solis’ deferred prosecution deal, meaning his case will be set for dismissal on April 8, 2025 as long as he continues to cooperate with the ongoing investigations.

Solis, who is collecting a nearly $100,000 annual city pension, will remain free on bond during that time and can travel freely to Mexico and Puerto Rico where he has spent time since his abrupt retirement in early 2019.

Solis’ legal saga began in 2016 when he secretly agreed to wear a wire for federal investigators and helped build racketeering cases against Ald. Edward Burke and then-House Speaker Michael Madigan, two of the longest-serving and most powerful politicians in the state.

The deferred prosecution deal was signed by Solis on the day after Christmas 2018 and kept secret for nearly 3 ½ years before the U.S. attorney’s office on finally put it on the record earlier this month.

As part of the deal, Solis was charged in a one-count criminal information with corruptly soliciting campaign donations from a real estate developer in exchange for zoning changes in 2015, when Solis was head of the City Council Zoning Committee.

At Solis’ arraignment last week, Bhachu told Wood he’d learned the city may want to intervene in Solis’ case as a victim, though he said it was “doubtful” that the city would legally qualify.

Hours later, Mayor Lori Lightfoot, who has been highly critical of Solis’ deal, issued a statement that called him out for violating the public trust “in profound ways” but stopped short of any seeming attempt to derail the deferred prosecution.

Instead, Lightfoot, a former federal prosecutor, said she had instructed the Law Department to file a victim-impact statement with the court.

“No one is above the law and Chicago residents expect that their elected officials will be held accountable,” the mayor said.

It was not the first time Lightfoot has been critical of Solis. After the Tribune reported on Solis collecting his pension after leaving office in 2019, Lightfoot said she was “confident he will face a moment of reckoning.”

She has since publicly and privately criticized the deal prosecutors reached with Solis, calling it “unconscionable” that he might not face a conviction or lose his pension.

But the mayor’s objections were proven to be toothless in court, where Sigcho-Lopez was the only one who wound up filing anything critical of the deal.

In a statement after the hearing on Thursday, Lightfoot dropped her previous rhetoric, saying city “had productive conversations with the U.S. Attorney’s office” over the past week regarding the Solis case and now “sees no need to formally intervene.”

“As mayor, it is my priority that all efforts are made to ensure that individuals engaged in city business are doing so with honesty and integrity,” the emailed statement read. “Separate and apart from this specific proceeding, we will continue to aggressively protect our residents and notably our taxpayers against individuals who commit crimes or otherwise unethically obtain city resources.”

In his letter, Sigcho-Lopez detailed a number of ways in which he says Solis’ corrupt zoning practices allegedly have harmed his ward, from displacing thousands of low-income residents in Pilsen to letting politics trump the public interest in important development projects in Chinatown.

“The harm caused by this corruption is generational,” the letter stated. “The people of the 25th Ward continue to feel the aftermath.”

He also touched on the pending cases against Burke and Madigan, who have both pleaded not guilty. In particular, Sigcho-Lopez said lobbyists connected to the alleged corruption schemes “will continue to be rewarded with public contracts without any accountability, if convicted parties are perceived to be ‘let off the hook.’”

Wood said she agreed that “the victim of a federal crime has a right to be heard,” and that the alderman was an appropriate person to bring the city’s concerns to her attention.

But since the case was not at the sentencing stage — and in fact there likely will never be a trial or conviction — there was no legal avenue for Sigcho-Lopez’s letter to influence Solis’ deal.

“Therein lies the issue,” she said.

No more Instagram filters? Here’s what to know about Meta’s move to pull AR features in Illinois. – Chicago Tribune