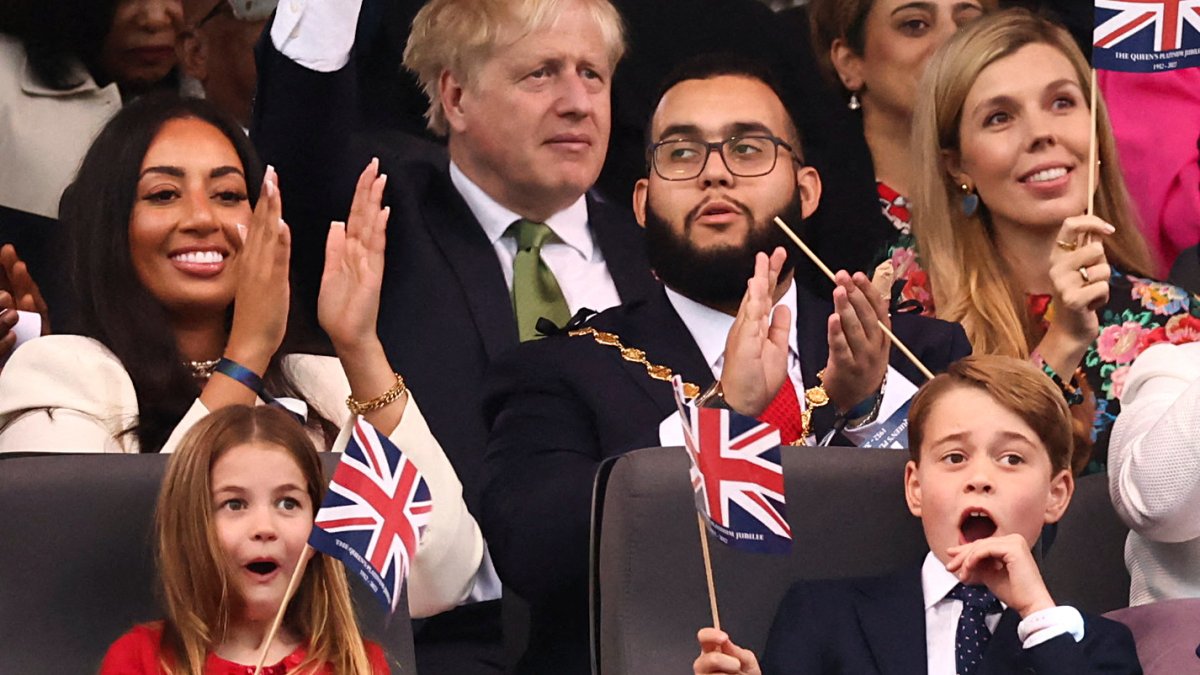 The royals were ready to rock!

The children, the youngest of the Duke and Duchess’ three, were all smiles as they and about 20,000 other attendees enjoyed music by Adam Lambert and Queen, Rod Stewart and Diana Ross, as well as performances from Andrew Lloyd Webber, Lin Manuel Miranda, and the London casts of “Hamilton,” “The Phantom Of The Opera,” “The Lion King,” “Six and Joseph and the Technicolor Dreamcoat”–the latter of which featured one of the show’s most famous past leads, Jason Donovan.

George and Charlotte and their parents waved little U.K. flags during the show, officially titled the Platinum Party at the Palace. They appeared enthusiastic as Lambert and Queen performed “We Are the Champions.” Along with Kate and

William, the kids sang along as Stewart performed a cover of Neil Diamond’s “Sweet Caroline.” The duchess and her daughter were also spotted signing along with Ross and she performed “Ain’t No Mountain High Enough.”

All of Prince Louis’ Royally Adorable Moments at Trooping the Colour

The Queen herself, who has been suffering from mobility issues, did not attend the show, but did appear in a pre-recorded sketch with popular children’s character Paddington Bear.

Hours before attending the concert, Kate, William, George and Charlotte visited Cardiff Castle in Wales. The Cambridges met fans, including performers and crew members involved in the Platinum Jubilee Celebration Concert that later took place on the castle grounds.

Earlier this week, the four, plus youngest child Prince Louis, 4, joined the Queen and other royals on a Buckingham Palace balcony to check out the Trooping the Color parade, a belated 96th birthday celebration for the ceremonial monarch. The event was also part of the Platinum Jubilee festivities, which mark the 70th anniversary of the Queen’s accession.

Prince Louis, 4, stole the show with his adorable toddler antics at the Queen’s Platinum Jubilee.