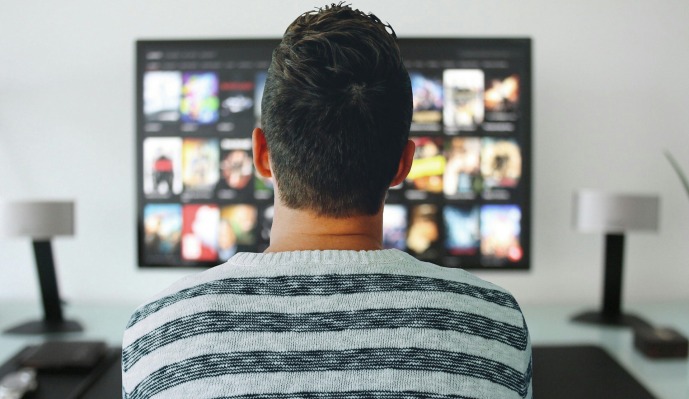 If you’ve been following Netflix lately, then you’d know the streamer is on shaky ground at the moment. Antenna data reveals that Netflix saw 3.6 million subscription cancellations in the first quarter of 2022, over one million more than the company experienced in Q1 2021 and Q4 2021. This is a significant indicator that Netflix is inching closer to losing its top spot in the streaming battle.

While Netflix’s downfall has raised speculations about if the SVOD (subscription video on demand) industry has peaked and is beginning a downward trend, new Antenna data supports the contrary.

Antenna discovered that U.S. Subscriptions in the Premium SVOD category grew +4.0% quarter-over-quarter and by +24.7% year-over-year. The research also shows that there were 37.4 million new gross SVOD customers and a loss of 29.8 million subscribers, leaving a gross of just 7.7 million new subscribers in the first quarter of 2022. 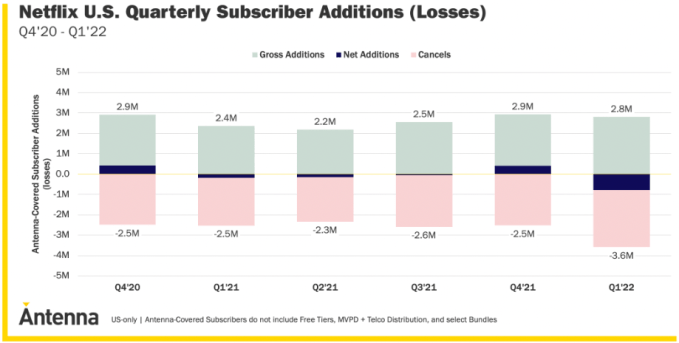 The 37.4 number is consistent with the past two quarters yet significantly higher than 2019 (before Covid-19). The growth was largely driven by fledgling services Peacock and Paramount+, which added a combined 6.1 million or more U.S. Subscribers.

In comparison, in 2019, when the market was dominated by Netflix and Hulu (services like Disney+, Peacock, and HBO Max didn’t exist yet), there were a total of 10.3 million subscriptions in the year’s first quarter. The massive increase depicts a three-year compound annual growth rate of 54%.

While subscriber growth may be high right now, so are cancellations. There were just under 30 million cancellations in Q1 2022, which is 12% higher than any quarter in history, or 4.5 times the cancel volume seen three years prior, Antenna finds.

The cancellations may not be anything to worry about since the new subscriber additions indicate consumers are bouncing around– also known as churn and return. Paramount+, Peacock, and Disney+ accounted for 51% of all new sign-ups in the quarter. Plus, the three mentioned services made up a large portion of new sign-ups for the churned Q1 2022 Netflix users.

Peter Fondulas, principal at Hub, stated, “Netflix’s subscriber loss in Q1 of 2022, and its anticipated losses in the following quarters, represent a tiny proportion of its global subscriber base. And in fact, at some point, a service as widely penetrated as Netflix has only so much room left to grow. In our view, it would be a grave mistake to take the Netflix experience as a sign that streaming TV services are on the verge of decline, as some analysts have suggested. The lure of buzzworthy exclusive content, and the sheer convenience of on-demand viewing, are two powerful forces that should keep these services growing at least for the near term.”

In Q1 2022, Netflix reported a loss of 200,000 subscribers, making its first subscriber loss in more than ten years. The decline brought Netflix’s subscriber base to 221.6 million, down from 221.8 million in the previous quarter. The losses will only continue, according to Netflix forecasts, and the streamer is expected to lose 2 million in the second quarter.

Since Netflix raised prices on all its plan tiers domestically in January 2022, there has been a major jump in subscription cancellations. The Netflix U.S. active monthly churn rate was a little over 2% in January 2019, after it raised subscription prices.

All this data goes to show how volatile the streaming market is. It’s hard to predict which service will be on top next, but established streamers like Netflix need to be on their toes and come up with new strategies to attract new subscribers.

Musk’s ‘Twitter Files’ offer a glimpse of the raw, complicated and thankless task of moderation • TechCrunch