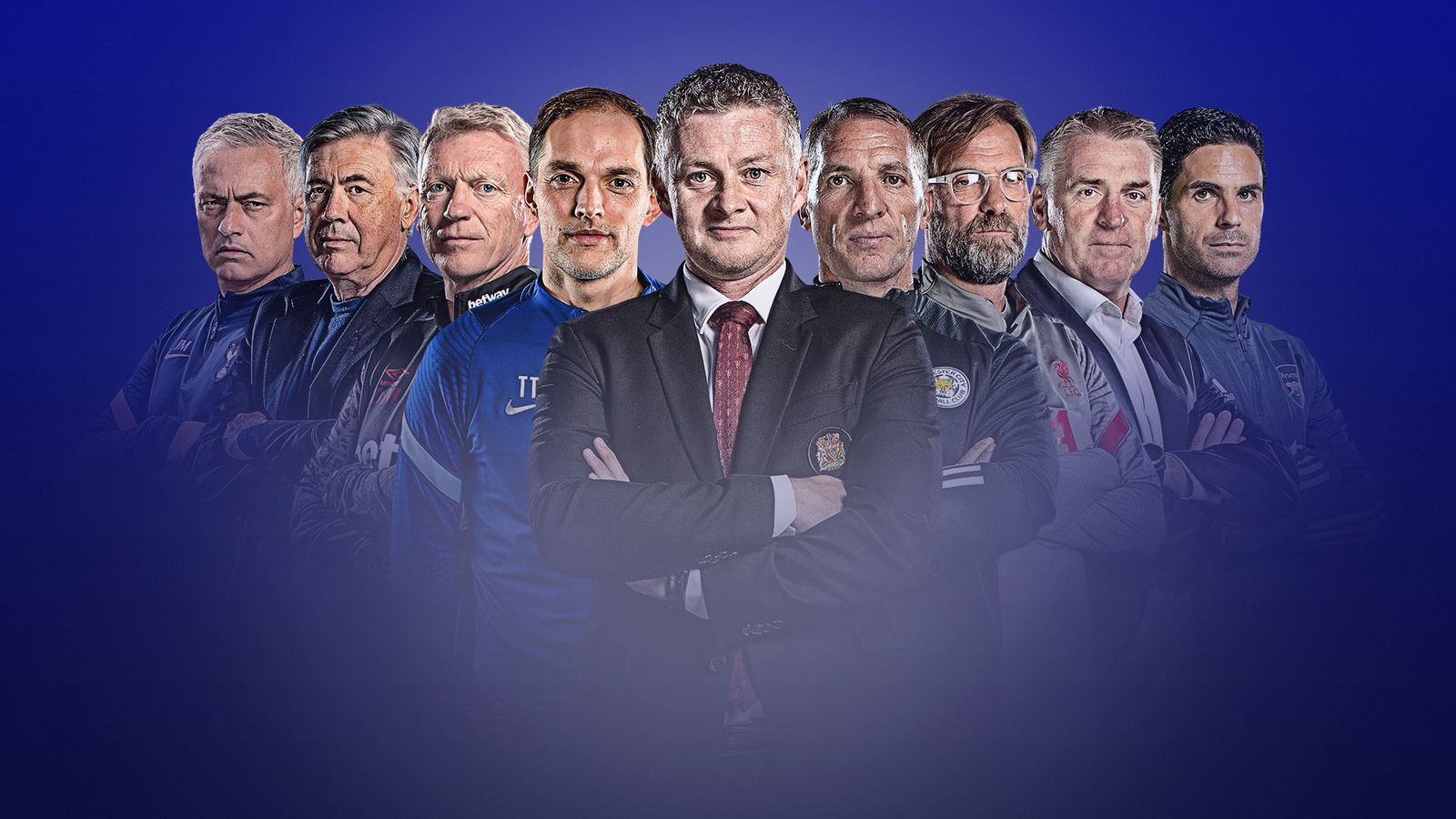 With Manchester City pulling away at the summit, Manchester United, Leicester, Chelsea, West Ham, Liverpool, Everton, Aston Villa, Tottenham and Arsenal look set to battle it out for a top-four finish.

As it stands, 12 points divide runners-up Man Utd and 10th-placed Arsenal – while the Gunners remain only eight points shy of fourth spot and in realistic contention to qualify for the Champions League.

Based on their current ratios for goals scored, conceded and points per game, Manchester City are on course to claim the crown with 89 points – some 16 clear of runners-up Manchester United.

Leicester are set for third, ahead of Thomas Tuchel’s Chelsea – who narrowly edge West Ham for the final Champions League spot on goal difference.

Jurgen Klopp’s champions would finish the season above Aston Villa and Everton in sixth on 63 points. That 36-point drop-off from last season’s tally would rank as the third-worst title defence in Premier League history – behind only Chelsea (2015/16) and Leicester (2016/17).

However, it’s not all gloom for the Reds. Data analysis website Football Observatory has used an algorithm factoring matchday statistics to predict the final table – with Liverpool soaring into third at the expense of the Foxes.

Who has the toughest run-in?

Indeed, Liverpool have the easiest run-in out of the nine contenders: their average opponent ranks 12.1 in the table, based on current form, and, more accurately, averages at just 1.24 points per game.

Now, let’s break down the current trajectory of each contender by evaluating form and fixture lists…

The form guide suggests United have been picking up form since mid-November after a difficult start to the campaign. However, the glaring flaw is conceding too many goals and frequently handing opponents early advantages.

The chart below reveals the average number of goals scored and conceded over a rolling five-game period, which is slightly skewed by the recent 9-0 win over Southampton – sending their current goal ratio to levels on par with mid-December.

The graphic below provides a clearer indication of the true quality of chances created and conceded this term, showing the same average for expected goals scored (xG) and conceded (xGa). Here, United have maintained a fairly consistent level of supremacy.

Ole Gunnar Solskjaer’s side have the second-toughest run-in out of the nine contenders, with an upcoming hard slog against rivals Chelsea, Manchester City and West Ham, before another difficult run of fixtures against Liverpool, Aston Villa and Leicester in May. 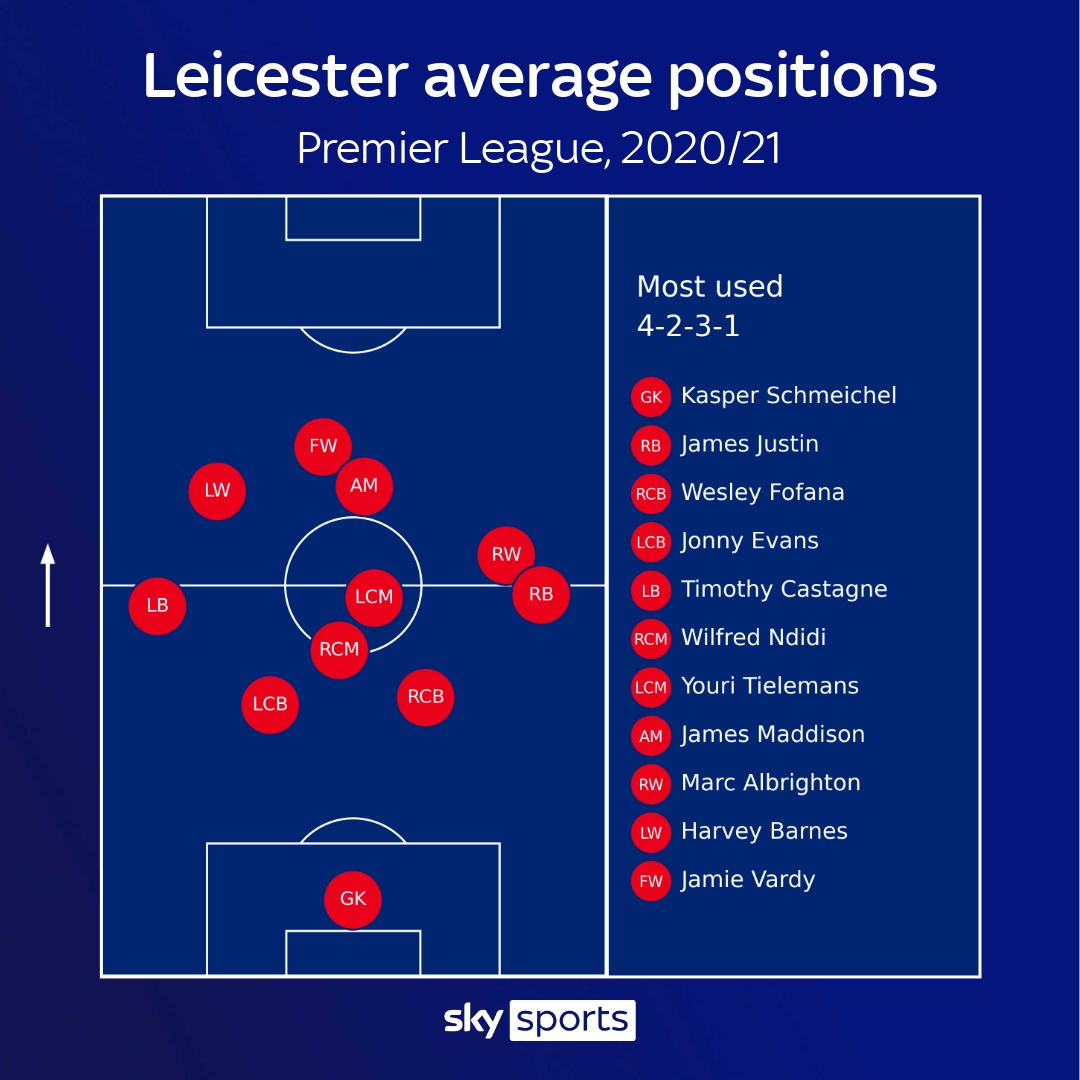 ‘Slow and steady’ would summarise Leicester’s campaign to date, quietly maintaining their title tilt and genuine top-four chances with slender wins and comparative consistency during this turbulent season.

The xG chart below suggests Brendan Rodgers’ side have performed almost exactly as expected and emphasises how they have grown more dominant since mid-December, coinciding with James Maddison’s return to full fitness.

Leicester will look to capitalise on their upcoming easier run of games after back-to-back fixtures with Aston Villa and Arsenal before facing Manchester City and the Hammers next month. Another favourable run follows those fixtures, building up to a tricky final three games against Manchester United, Chelsea and Tottenham. 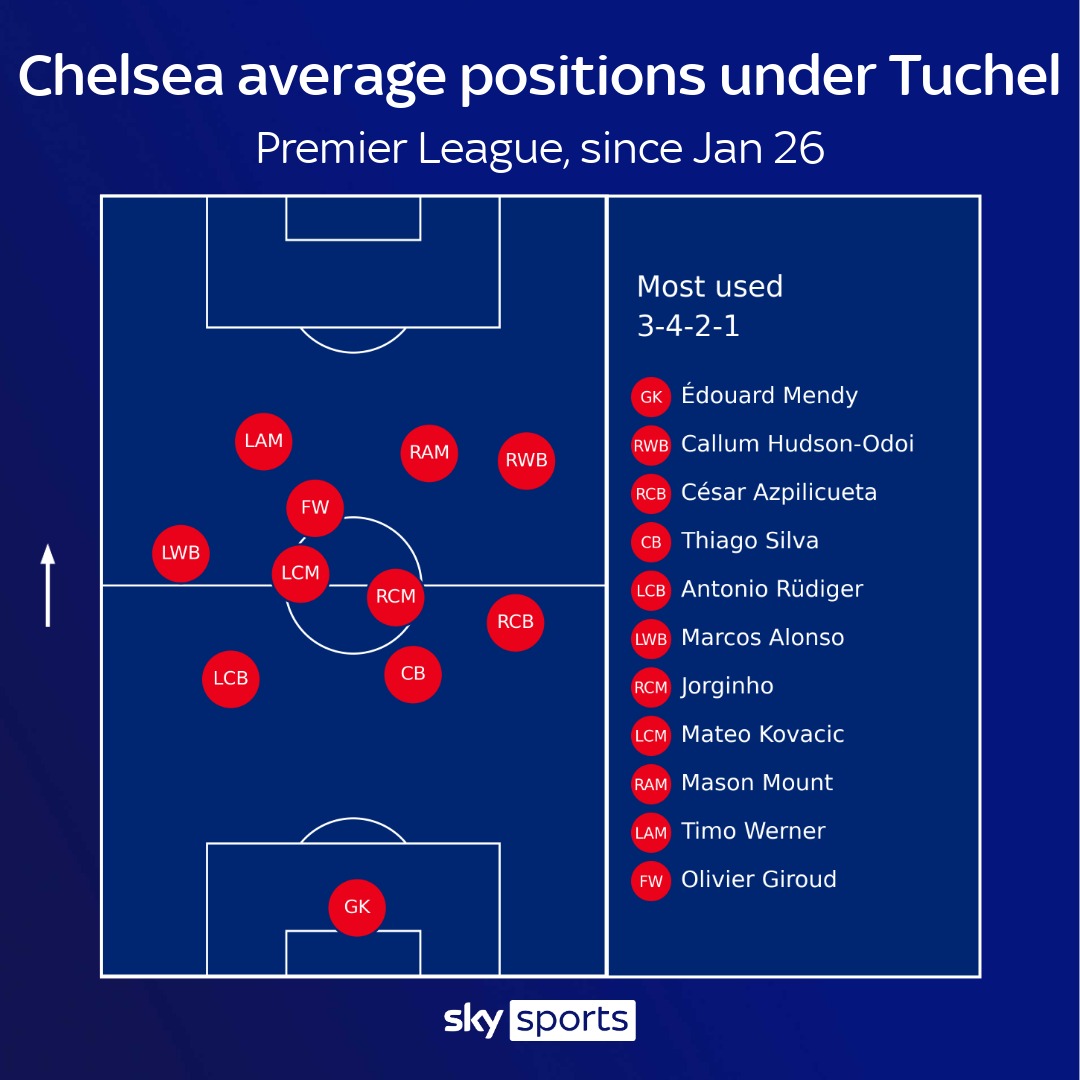 The appointment of Thomas Tuchel has kicked Chelsea into a higher gear, becoming increasingly more prolific in front of goal and watertight at the other end – while a raft of squad outcasts have enjoyed ‘fresh starts’ under the German.

And xG data reveals there is minimal luck behind the positive results. The Blues have been generating a greater share of chances against opponents since the turn of the month. However, the same data suggests Chelsea were unfortunate not to reap more success during their slump, which ultimately cost Frank Lampard his job.

Chelsea have the toughest run-in out of all the contenders. With 14 games to go, the Blues must still play Manchester United, Everton, Leeds, Liverpool, West Ham, Manchester City, Arsenal, Leicester and Aston Villa. 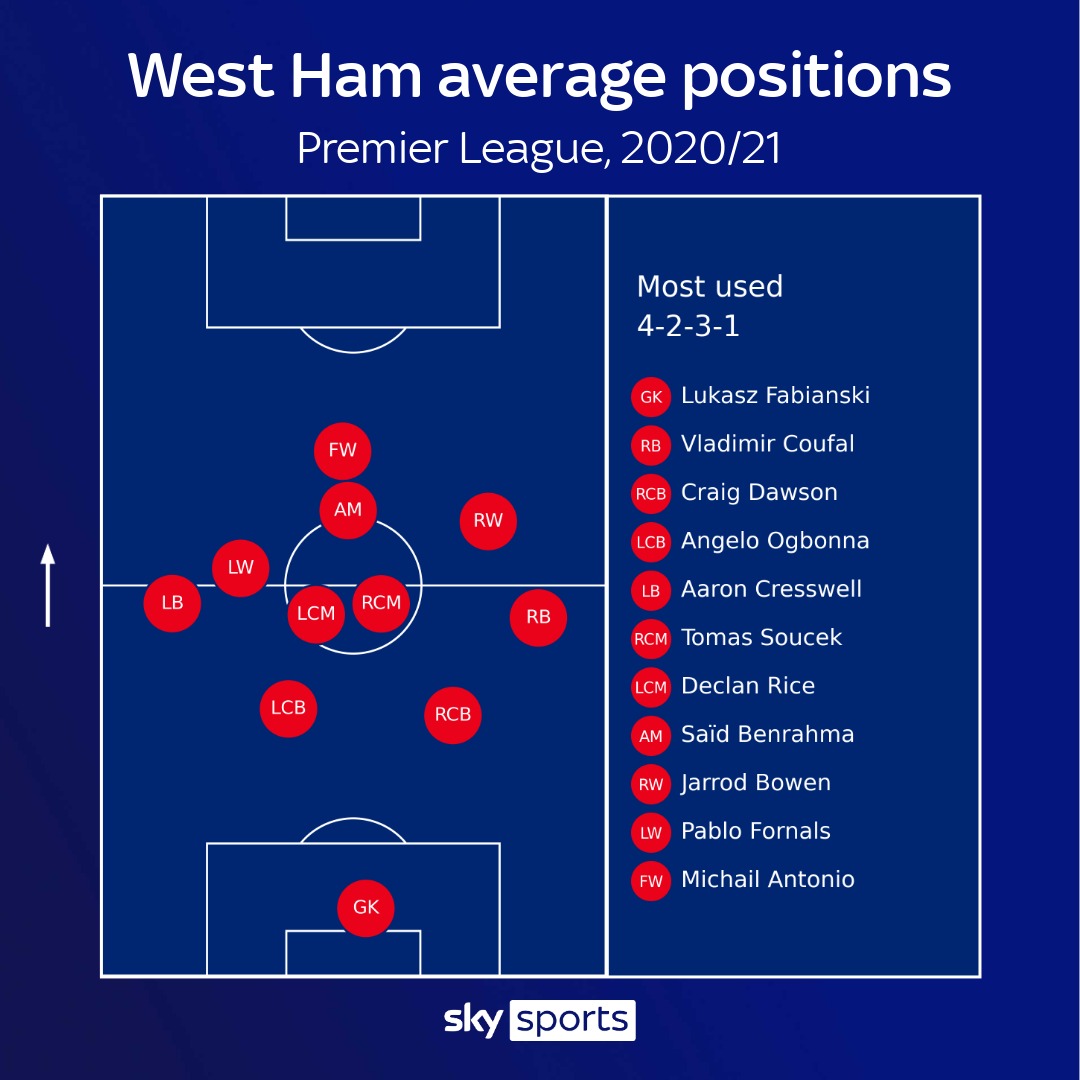 West Ham are clearly among this season’s surprise packages, along with Aston Villa and Leeds. A solid start to the campaign helped overcome a festive slump – but the Hammers have produced their best football in recent weeks and January loanee Jesse Lingard looks set to help maintain the club’s European dream.

Expected goals data underlines how David Moyes’ side were perhaps fortunate with results last year but there is no denying their growing gulf of superiority over the past six weeks.

Only Chelsea and Manchester United have a tougher league schedule between now and the final day. The only run of fixtures against current bottom-half opponents comes in their final three games, against Brighton, West Brom and Southampton. 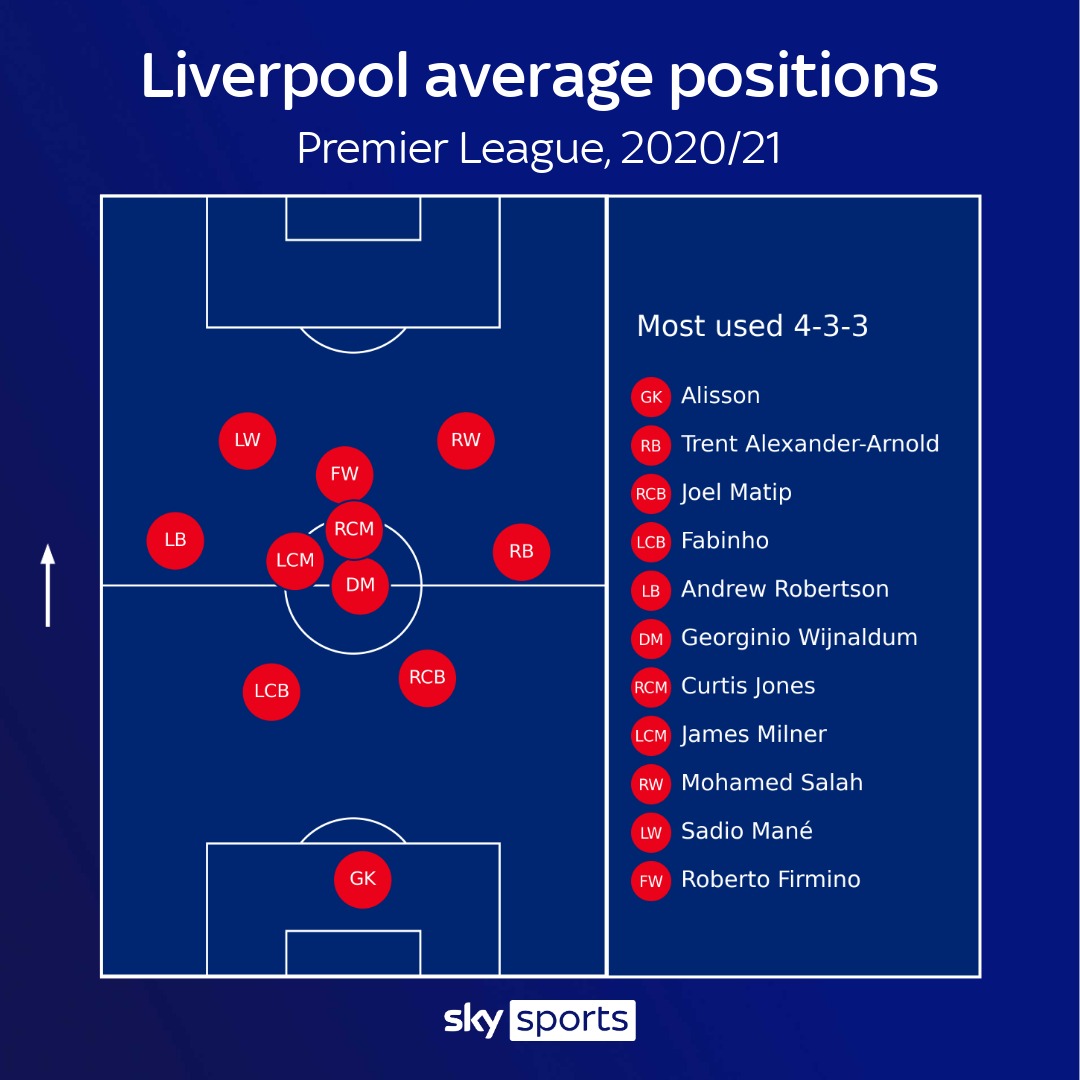 Liverpool have still topped the table for longer than any other club this term but the rollercoaster ride of form hit its peak in late December and plunged through January. Injuries to key defenders Virgil van Dijk and Joe Gomez have taken their toll.

Risk-averse football is not in their DNA and the absentees have left them exposed – but the underlying quality remains clear to see.

However, xG data shows promise. Liverpool have one of the most balanced charts of sustained superiority, which also suggests they have received several doses of misfortune along the way during this campaign.

Indeed, another promising sign for Liverpool to make the top four is their run-in. Jurgen Klopp’s men have the easiest fixture list out of the contenders with a particularly favourable May after facing Manchester United at Old Trafford. 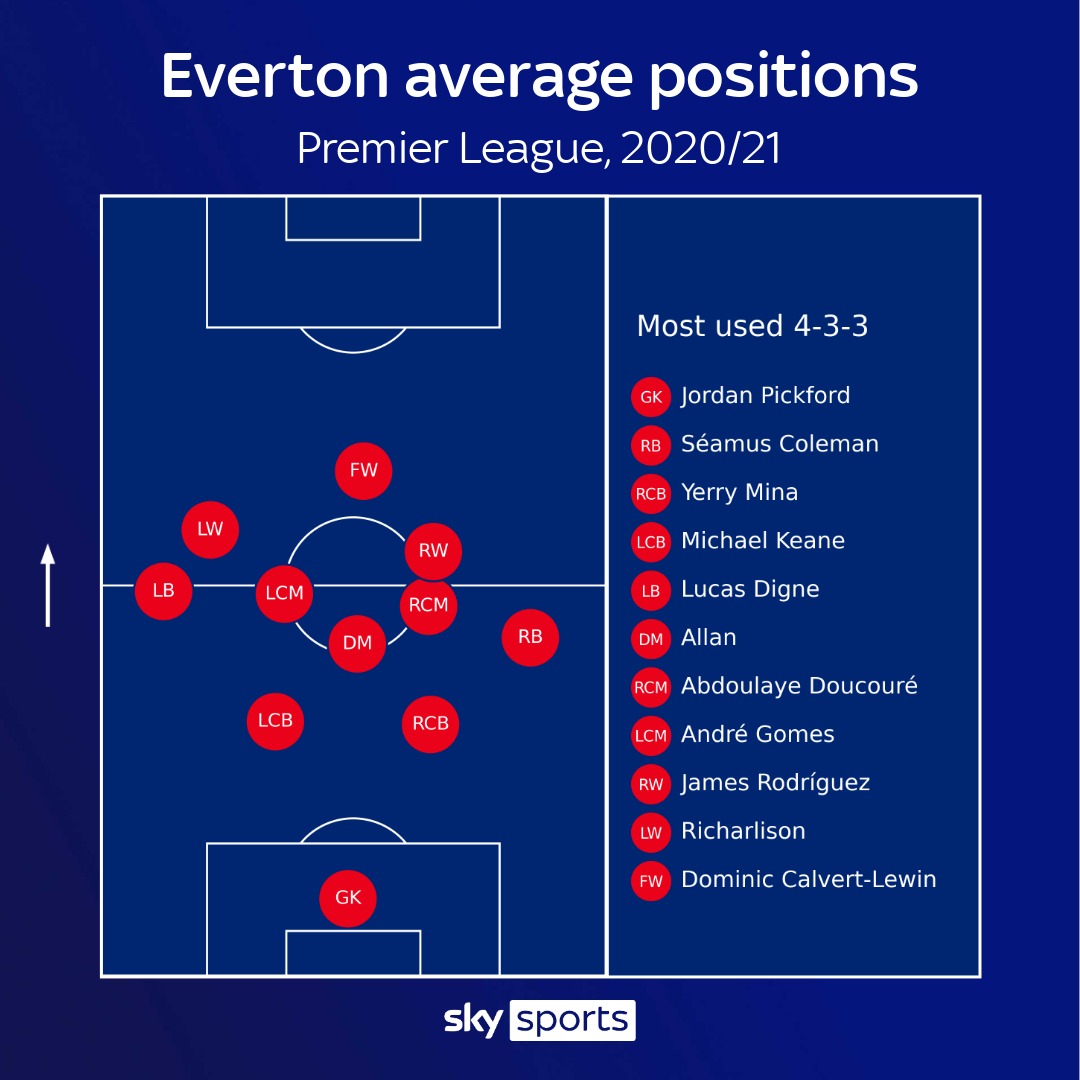 Everton have also been riding waves of form, albeit slightly tamer than their Merseyside rivals. The Toffees started the season in blistering fashion with Dominic Calvert-Lewin surging to the goal chart summit. A slump ensued, but they appear to be returning to their best.

Intriguingly, Everton are the outlier in expected goals data among the contenders for a top-four finish. Excluding their fast start, Carlo Ancelotti’s men have averaged with inferior returns for almost the entire season to date – suggesting a clinical edge from limited chances, recent defensive improvement and perhaps the occasional dose of luck has helped propel their charge.

However, that trend was reversed against Manchester City on Wednesday evening when the Toffees recorded a superior share of expected goals – despite losing 3-1.

The Toffees will be eyeing an easier run of games between mid-March and mid-April after facing Liverpool and Chelsea over the next three weeks. That period precedes a tricky schedule against Spurs, Arsenal, Aston Villa and West Ham before a season finale at the Etihad. 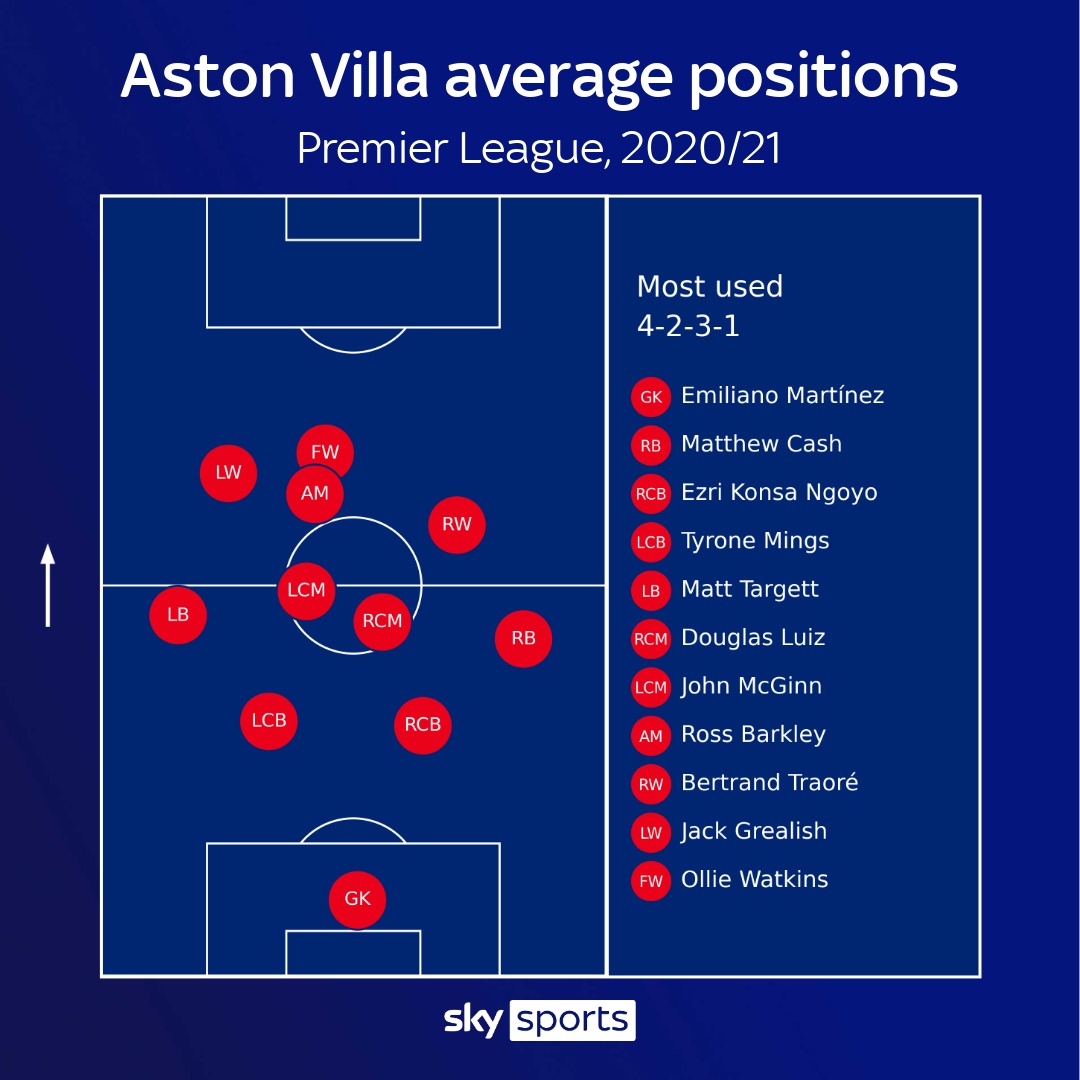 Aston Villa are undoubtedly the most improved Premier League team this season. Only Manchester City have shipped fewer goals and the 7-2 win over Liverpool will forever be etched into the history books as one of the greatest upsets.

New signings have gelled quickly and provided a balance of quality, which has lifted talisman Jack Grealish – now earmarked as a starter for England at the Euros this summer – to even greater heights. Dean Smith’s side also have the youngest starting XI this term, which suggests there is plenty more to come.

Villa’s xG data epitomises their progression, with the only blemish being a recent blip during a season-long run of superiority over a rolling five-game span.

The Villans will be looking to glean maximum points over the next six weeks before a tougher run into May, which begins with back-to-back fixtures against Liverpool and Manchester City in mid-April. 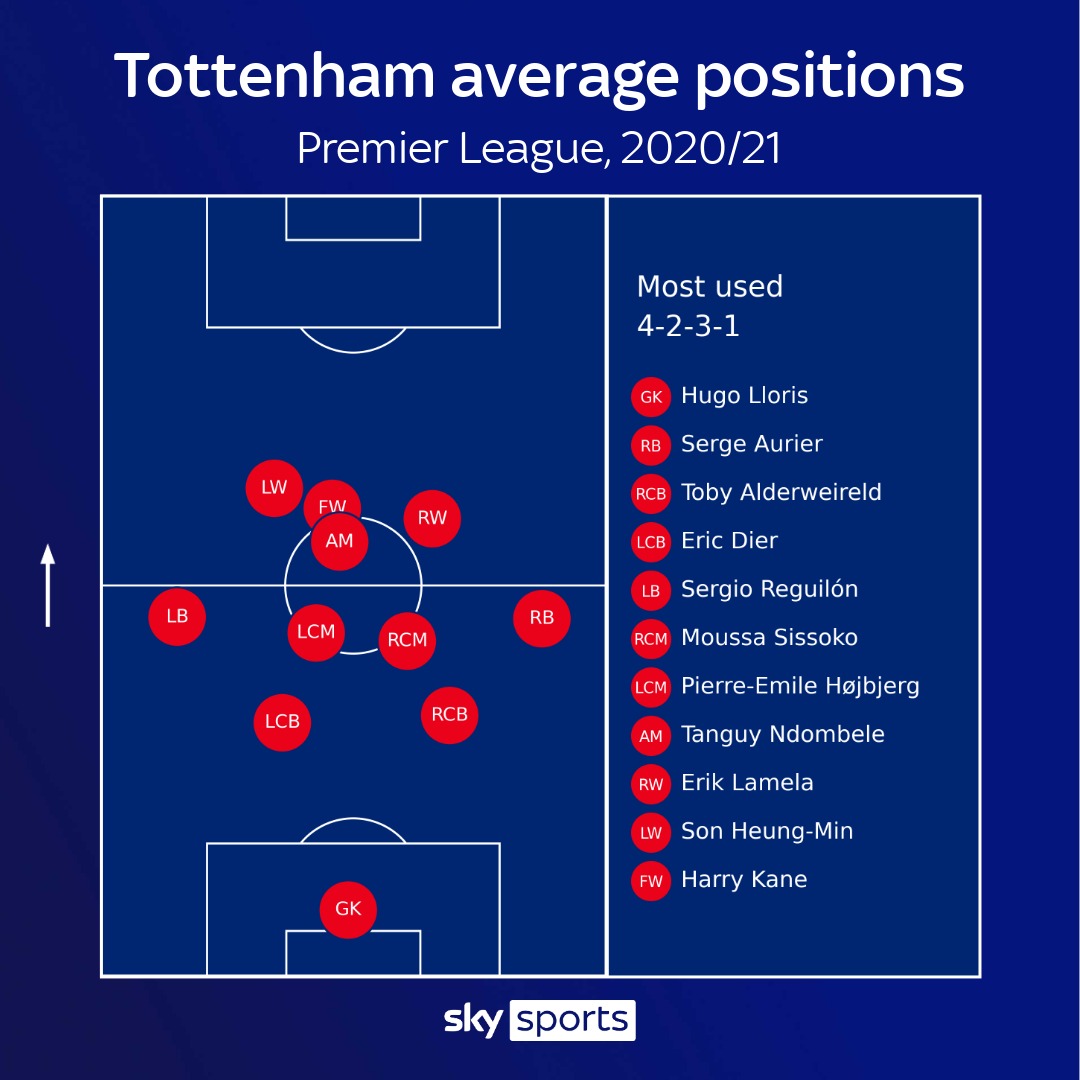 The form chart below explains why Spurs topped the table in December – but there was a downward trajectory from the blistering get-go until the tables turned before the New Year. Since then, Jose Mourinho’s defensive and deep approach has received growing criticism and Harry Kane’s brief spell on the sidelines through injury has further underlined his importance.

In terms of expected goals, the graphic below highlights how Spurs’ season to date has mirrored their actual results, with the decline in quality chances created in front of goal being the standout problem.

Despite the current low-point, Spurs do have reasons to be cheerful in the form of a favourable run-in. On paper, only Liverpool have an easier schedule. Mourinho will look to re-establish a run of form during easier games over the next six weeks before a return to Manchester United in mid-April.

Arsenal – A season of two halves 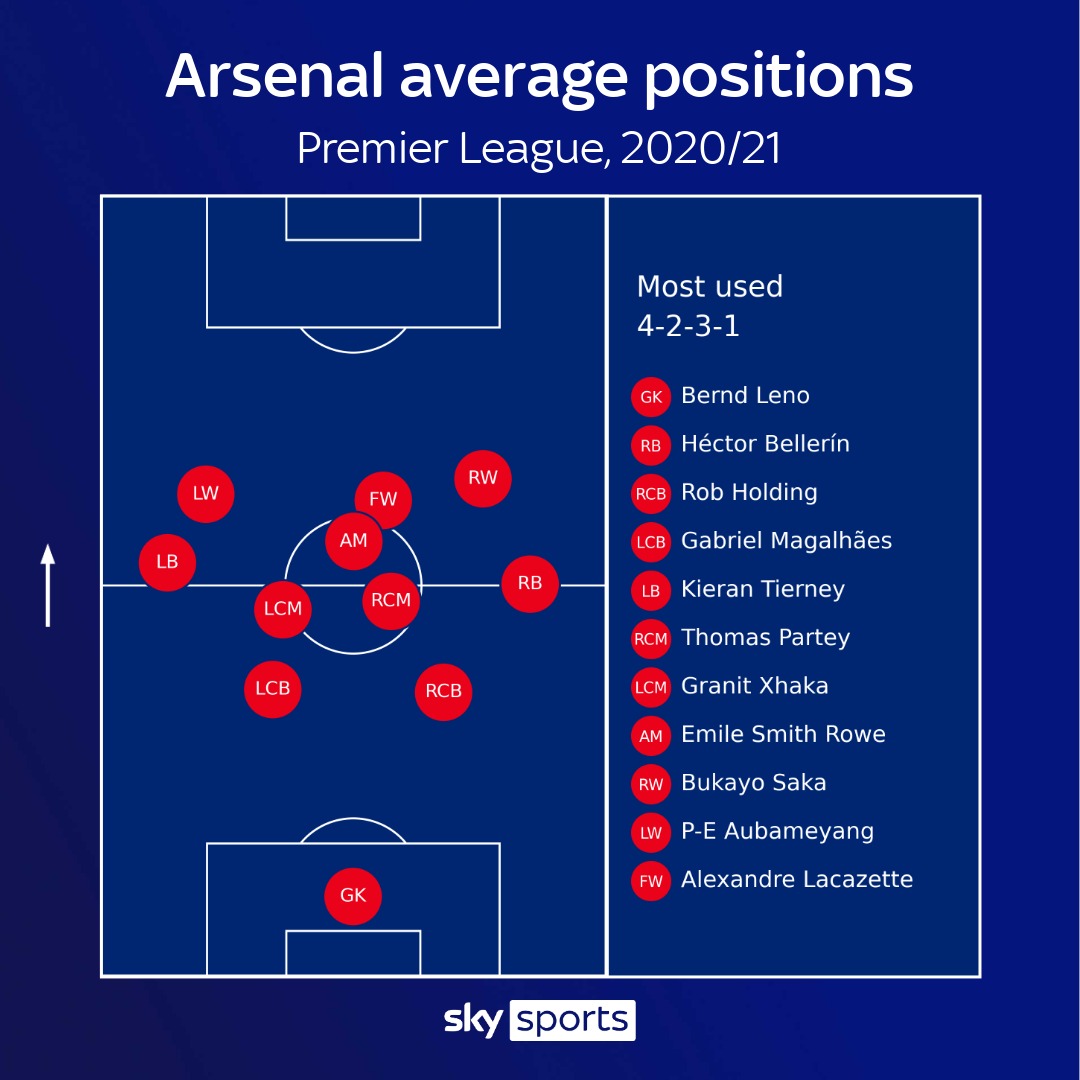 Arsenal join Man City, Liverpool and Spurs with a season of two halves this term – but the Gunners appear to have emerged in resurgent form since the turn of the year. An injection of youth, sparked by the integration of academy prospect Emile Smith Rowe and standout performances from versatile teenager Bukayo Saka, have eased pressure on Mikel Arteta.

And xG data underlines Smith Rowe’s impact, with a notable shift in fortunes since the 20-year-old made his first league start in the 3-1 win over Chelsea on Boxing Day – a result which proved to be the catalyst in the Gunners’ reversal of form.

Only Liverpool and Tottenham have easier run-ins and that schedule becomes notably more favourable after facing Manchester City and Leicester this month. The Gunners also face a promising run during the business end, playing four bottom-half clubs in their final five games.

Manchester United, Liverpool and Leicester and the bookies’ favourites to make the cut. Indeed, Liverpool could click back into gear after an impressive win over RB Leipzig in the Champions League and have the easiest league run-in out of the nine contenders.

Chelsea look like they have achieved the bounce effect under Tuchel, but will will it last? Even if it it does, the Blues have the toughest league schedule.

But cup commitments could hinder league success, too. United and Leicester are both competing on two fronts in the Europa League and FA Cup, while West Ham and Villa can focus entirely on a top-four league finish.

The north London teams appear to have lost too much ground and must also navigate Europa League schedules. Spurs could mitigate disappointment by winning the Carabao Cup in April, while Everton remain in the FA Cup to lift their first silverware since 1995.

15 Resident Evil Enemies And Bosses That Were LAUGHABLY BAD