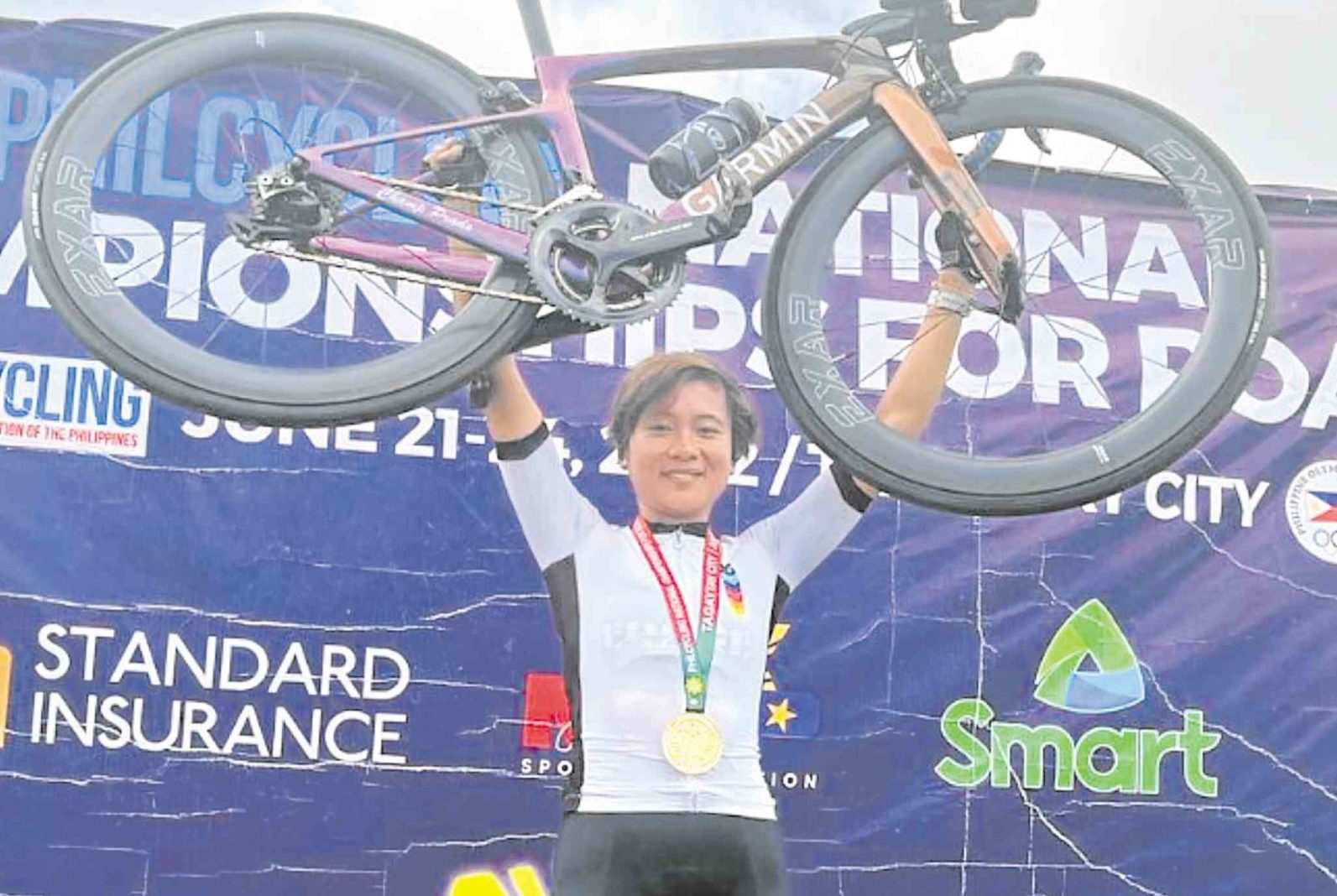 Jermyn Prado mixed talent with strategy on Thursday to bag her third gold medal in the PhilCycling National Championships for Road in Tagaytay City.

The 27-year-old Prado stayed in step with the lead pack through the early flat routes of the 114-kilometer race before attacking the climb back to the Praying Hands Monument with rising standout Mathilda Krogg. The two stayed ahead and controlled the race until Prado prevailed in a friendly sprint to the finish en route to her third victory after the criterium on Tuesday and individual time trial on Wednesday.

“Like I said, I don’t stop training,” said Prado, who clocked three hours, 21 minutes and 23 seconds.

The 19-year-old Krogg finished with the same time for the silver. She took the gold in the under-23 division of the race for her second victory in her age-group after also winning the criterium.

Avegail Rombaon secured the silver for being the second-best Elite rider after Prado. The pride of Bicol was seven minutes and 33 seconds off the champion in the event organized by PhilCycling and Philippine Olympic Committee president Rep. Abraham “Bambol” Tolentino.

Ma. Mhay-ann Lina settled for bronze in the race ran under an overcast sky. There was an 80 percent chance of a thunderstorm, prompting race officials to send off Thursday’s competitors in six events at five-minute intervals from the Praying Hands Monument start.

Krogg’s teammate, Kate Yasmin Velasco, clinched the Under-23 silver medal with a time of 3:24:40 and 7-Eleven Roadbike Philippines’ Phoebe Salazar bagged bronze in 3:25:13.