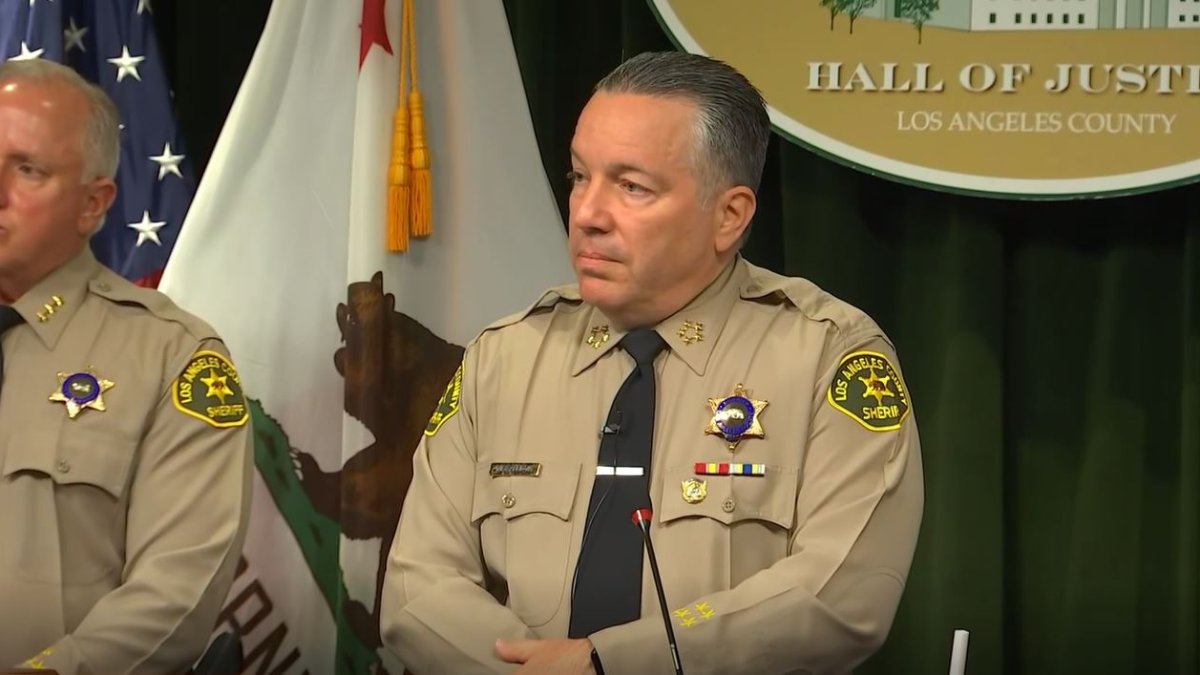 The Los Angeles County Board of Supervisors on Tuesday will consider a proposal that would ask voters in November to give the panel power to remove an elected sheriff from office for cause.

The motion by Board Chair Holly Mitchell and Supervisor Hilda Solis would direct county attorneys to draft the required documents and ordinance to put before voters on Nov. 8 that would allow the board to remove an elected sheriff with a four-fifths vote.

Under the motion, such a move would be allowed “for cause,” with such cause defined as “a violation of any law related to the performance of their duties as sheriff; flagrant or repeated neglect of duties; a misappropriation of public funds or property; willful falsification of a relevant official statement or document; or obstruction of any investigation into the conduct of the sheriff by the Inspector General, Sheriff Civilian Oversight Commission, or any government agency with jurisdiction to conduct such an investigation.”

Sheriff Alex Villanueva walked into his news conference wanting to know how what he calls stolen property involving an investigation somehow ended up in the hands of the third person, a reporter for the LA Times. Robert Kovacik reports for the NBC4 News on Tuesday, April 26, 2022.

In a statement to the Los Angeles Times, which first reported the board’s proposal, a sheriff’s department representative called the maneuver a “politically motivated stunt” orchestrated while Sheriff Alex Villanueva is seeking reelection.

Villanueva’s re-election campaign fired back on Friday, saying the supervisors have “no business” seeking such authority.

“The people of Los Angeles would be better served if the supervisors spent their time doing their jobs by reducing homelessness and improving healthcare, instead of trying to seize even more power,” according to a statement from Villanueva’s campaign.

Supervisor Janice Hahn said she plans to support the motion — giving it the three votes needed for approval on Tuesday. Supervisor Kathryn Barger told The Times she questioned the motivations of the proposal, asking why it only targets the sheriff and not other county leadership positions.

Villanueva has repeatedly clashed with the board, accusing members of defunding his agency at the expense of public safety, while also rebuffing subpoenas to appear before the county’s Civilian Oversight Commission.

The motion does not mention Villanueva by name, but states, “The current sheriff has been openly hostile to oversight and transparency and has tested the functionality of existing oversight structures by consistently resisting and obstructing these systems of checks and balances.”

The motion also refers to previous sheriffs Lee Baca, who was sent to federal prison on corruption charges, and Peter Pitchess, who “resisted any involvement in the first internal investigation of deputy gangs from outside the department.”

According to the motion, despite board efforts to provide oversight of the department, “the board has nevertheless been limited in its ability to serve as a sufficient check against the sheriff’s flagrant disregard of lawful oversight and accountability.”

The supervisors and the sheriff have clashed over a range of matters during Villanueva’s time in office.

If the motion is approved, county attorneys would draft the necessary paperwork to put the issue on the November ballot, then return to the board for a July 26 vote on whether to move forward.

You can read the motion here.

Villanueva’s bid for a second term is headed for a November runoff against former Long Beach police Chief Robert Luna. They finished 1-2 in a nine-candidate field in the June primary.