Powell says Fed will keep tightening until inflation has been tamed 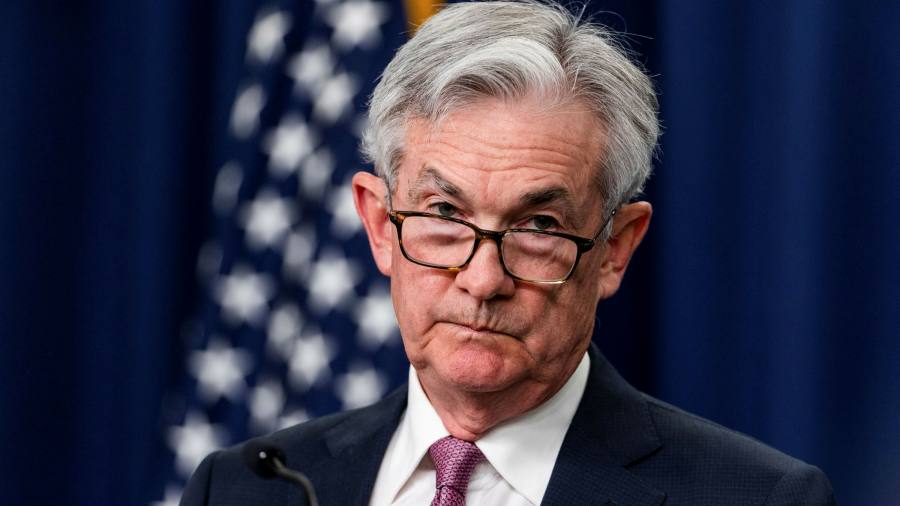 Jay Powell said the Federal Reserve will continue tightening monetary policy until it sees “clear and convincing” evidence that inflation is coming back down towards the central bank’s longstanding 2 per cent target.

Powell on Tuesday sought to affirm the Fed’s commitment to taming ongoing price pressures, saying that restoring price stability was essential to the smooth functioning of the economy and vowing to raise interest rates to a level that actively constrains demand if necessary.

“What we need to see is inflation coming down in a clear and convincing way, and we’re going to keep pushing until we see that,” he said during an interview at a Wall Street Journal event.

As part of the Fed’s plans to move monetary policy “expeditiously” to a “neutral” setting that no longer stimulates demand, the Fed has already raised interest rates by 0.75 of a percentage point since March from near-zero levels that had been in place for roughly two years. A series of 0.5 percentage point rate rises like the one the central bank implemented earlier this month are likely, with at least two more in the next two months.

The Fed may consider a fourth half-point rate rise at its policy meeting in September if inflation does not moderate significantly by then, before dialling back the size of its increases to quarter-point increments. Traders now expect the federal funds rate to reach roughly 2.8 per cent by the end of the year, a sizeable jump from its current level of between 0.75 to 1 per cent.

That is also within the 2 to 3 per cent range that Fed officials have previously indicated is considered “neutral” when inflation is at 2 per cent.

Powell on Tuesday said the Fed “won’t hesitate at all” to raise rates above neutral if warranted by the data, although he reiterated that officials do not know with “any confidence” where that level is, given the strength of the labour market and the extent to which inflation is above the central bank’s target.

He said the Fed would instead look at how financial conditions and the economy are adapting in real time.

Powell’s comments come at a sensitive moment for global financial markets, which have gyrated wildly in recent weeks as investors weigh the odds of the US tipping into a recession as the Fed tries to tame high inflation.

Powell added that there are “pathways” for the Fed to damp demand and bring down inflation without substantial labour market losses, although he said the unemployment rate may rise “a few ticks” from its very low 3.6 per cent level today.

That would constitute a “soft or softish landing”, he said, although he acknowledged significant challenges to achieving that — including the run-up in commodity prices as a result of the war in Ukraine, which he said has “added to the degree of difficulty to what was already a challenging project”.