Postmaster General DeJoy back in the congressional hot seat 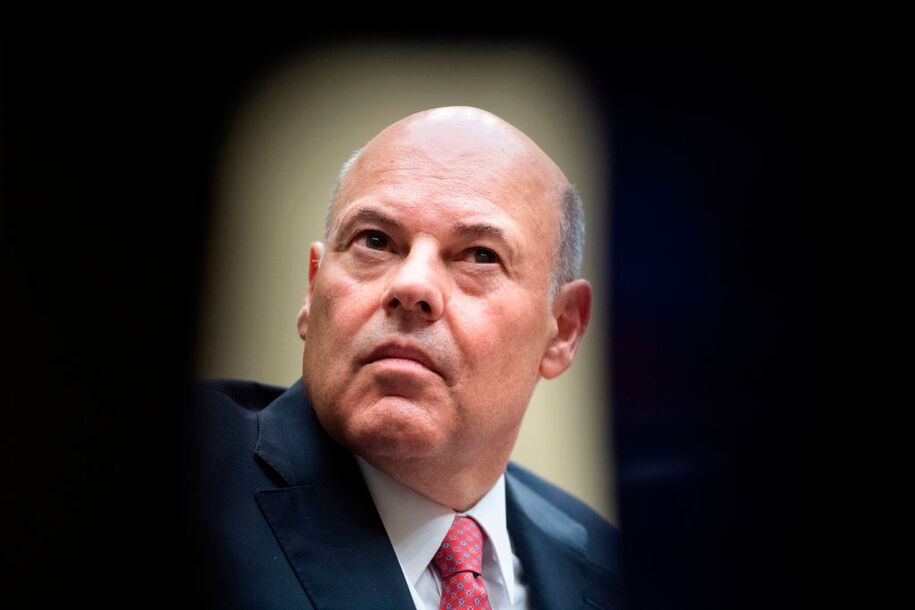 Other Democrats in the House and Senate are not on board with this plan and are still demanding DeJoy and the board’s ouster. “I think he needs to be replaced,” Democratic Rep. Gerry Connolly, who chairs a House subcommittee with oversight of the post office, told CNN. “I think there is a growing sentiment that we need to just start with a clean slate.” There are plenty of others, including Rep. Bill Pascrell, who has written to President Biden to can them all. The only way DeJoy can be fired is through the board of governors, which Biden can dismiss and replace. Pascrell argued that the “board members’ refusal to oppose the worst destruction ever inflicted on the Postal Service was a betrayal of their duties and unquestionably constitutes good cause for their removal.” Rep. Ayanna Pressley has also written to Biden, demanding DeJoy’s ouster because of his “failed leadership.”

Maloney told CNN that she has been “consistent” in saying that DeJoy “already would have been removed from his position” if he were leading a private company and said her committee is investigating his changes to USPS, “which clearly harmed mail delivery operations.” But, she said, that’s not her priority right now. “The Committee will not be delayed or deterred from passing significant reforms to help the long-term financial sustainability of the Postal Service—a goal the American people overwhelmingly support,” Maloney said. “Our members have expressed their own views, just as I have expressed mine, and now it is up to the President and the Senate to begin filling the vacant seats on the board.”

It would seem that immediate triage for the USPS in the from of canning the lot of them and starting over from scratch is pressing. That’s because DeJoy is intent on implementing more sabotage—raising postage rates and creating more mail delays—and is expected to start them any day now. These are the plans DeJoy was prevented from deploying before the election by federal courts. He wants to end one- and two-day delivery for envelope-sized first class mail. That’s bills, bill payments, letters, and other things like that. He wants them to be lumped in with other first class mail that has a three- to five-day delivery window. One glaring problem with that is that as of the end of 2020, with his existing sabotage and the coronavirus pandemic, just 38% of that mail was delivered on time. DeJoy also wants to end air mail and have everything sent by ground transport, where contractors like XPOLogistics—a company in which DeJoy continues to have a financial stake—haul mail.

There really is no better example of the total corruption of the Trump regime than Louis DeJoy. He sunk a ton of money into the Trump campaign when the job opened up, got the job, and then started figuring out how to engineer the USPS’ destruction so that the privateers—including himself—could scavenge it. He did it in broad daylight and continued until a federal judge stopped him. Now he’s back at it. That the whole board of governors that has enabled him is literally a creation of Mitch McConnell and Trump just tops the whole mess.

This wanton destruction of one of our most revered institutions is particularly galling. For millions of Americans, particularly seniors, low-income people, and rural Americans, the Postal Service is a lifeline. They can’t afford and don’t have broadband internet, making the mail a lifeline. It has to be fixed and the quickest way of doing so is Biden filling the four vacancies on the board and demanding DeJoy’s firing.

Then it will be time to pass the bills to address the systemic problems, including getting rid of the burden of pre-funding retiree benefits and allowing the institution to expand into new revenue streams. That could include postal banking, which would do two great things: help the Postal Service with much-needed revenue, and help the more than 7 million unbanked Americans with options for checking and savings accounts, bill payments, small loans, and low-fee ATMs. But the immediate thing is saving the USPS. That can’t happen with DeJoy in place.