Popularity of US stimulus puts Republicans in a bind 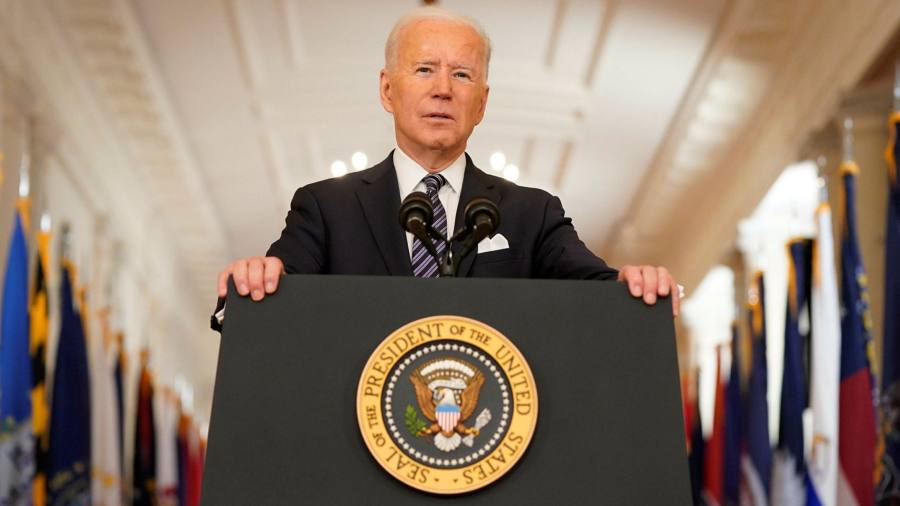 Hours after the US House of Representatives voted to approve Joe Biden’s $1.9tn coronavirus relief package, Roger Wicker, a senator from Mississippi, celebrated the bill’s support for struggling restaurant owners.

“Independent restaurant operators have won $28.6bn worth of targeted relief,” Wicker said on Twitter. “This funding will ensure small businesses can survive the pandemic by helping to adapt their operations and keep their employees on the payroll.”

But Wicker’s comments sparked outrage from Democrats, who pointed out that he, like every other Republican lawmaker on Capitol Hill, had voted against the sweeping economic stimulus bill.

“Republicans have no shame,” said Jaime Harrison, chair of the Democratic National Committee. “They voted against critical relief for the American people during a national crisis. Now they’re trying to take credit for it? Heck no.”

Wicker’s comments underscored the challenge for GOP lawmakers as they try to pick apart a piece of legislation that opinion polls show is overwhelmingly popular with the American public — and that Democrats hope will supercharge an economic recovery that will catapult them to electoral success in next year’s midterm elections.

What we are witnessing is the Republican party’s identity crisis

The American Rescue Plan Act, the second-largest economic stimulus bill in US history, is Joe Biden’s flagship legislative item. It includes one-off $1,400 cheques for Americans earning up to $75,000 a year, an extension of federal unemployment benefits until the beginning of September, and thousands of dollars in tax credits for children, among other provisions.

“The package is popular and widely supported, and the Republican objections to it have not been persuasive enough or consistent enough to do the bill any real damage at this point,” said Whit Ayres, a veteran Republican pollster.

“It is challenging, obviously,” he added. “When you are giving away free stuff, it is hard to make an argument against it, particularly when the vast majority of Americans are going to get some free stuff.”

Republican leaders in Congress have sought to paint the bill as a bloated Democratic “wish list” of wasteful spending that goes far beyond addressing the economic impact of the coronavirus pandemic.

Shortly after Biden signed the bill into law on Thursday, Kevin McCarthy, the top House Republican, called the legislation “costly, corrupt and liberal” and said it was full of “blue state bailouts” for Democratic states and cities. The package includes $350bn in funding for state and local governments, many of which have struggled in the pandemic with higher costs and lower tax revenues.

“From a blue state bailout that would allow San Francisco to wipe out 92 per cent of its budget deficit to extravagant bonuses to government employees, this legislation puts the interests of the swamp first,” McCarthy said.

Most Democrats are not fazed by the criticisms. Matt Bennett, co-founder of the centrist Democratic think-tank Third Way, said Republicans were “living in the past” by trying to attack the bill in the same way they went after Barack Obama’s response to the financial crisis in 2009.

“In 2009, they were able to effectively attack [the American Recovery and Reinvestment Act] because it was very opaque to people, what they got out of it was very hard to see,” Bennett said.* “I think Republicans believe that they are living in that world, but they are not. They are living in a world in which most Americans are about to get a bunch of money that they could really use, and that is a whole different thing.”

Bennett added that history showed the public often rallies behind the president’s party in times of crisis, from Franklin Roosevelt in the Great Depression to George W Bush in the immediate aftermath of 9/11 — something that could bode well for Democrats in next year’s midterms, when Republicans will try to take back control of both the House and the Senate.

“This historical precedent for strong public support for response to crisis, combined with the pretty easy sell that the Democrats now have for [the stimulus], suggests that the midterms might not turn out the way Republicans think they are going to,” Bennett said.

For their part, several Republicans say the stimulus debate highlights the cleavages in a party that is still grappling with how to deal with Donald Trump. As president, Trump pushed for aggressive government spending, even floating $2,000 direct payments despite opposition from the more fiscally conservative members of his own party.

“What we are witnessing is the Republican party’s identity crisis,” said Carlos Curbelo, a former GOP congressman from Florida.

“The Republican party, while Trump was in the White House, became comfortable with populism,” he added. “With the unanimous opposition to this package, which is popular among Americans and Donald Trump probably would have signed into law if he were in the White House, Republicans are in a way rejecting the more populist Trump brand of politics and reverting to the small government conservatism it has been more known for in recent decades.”

But Curbelo, a Trump critic, stopped short of saying the strategy would pay off for his party in the midterms, adding: “It will depend on how much credit can Biden claim for what should be a pretty strong couple of years of robust economic growth.”