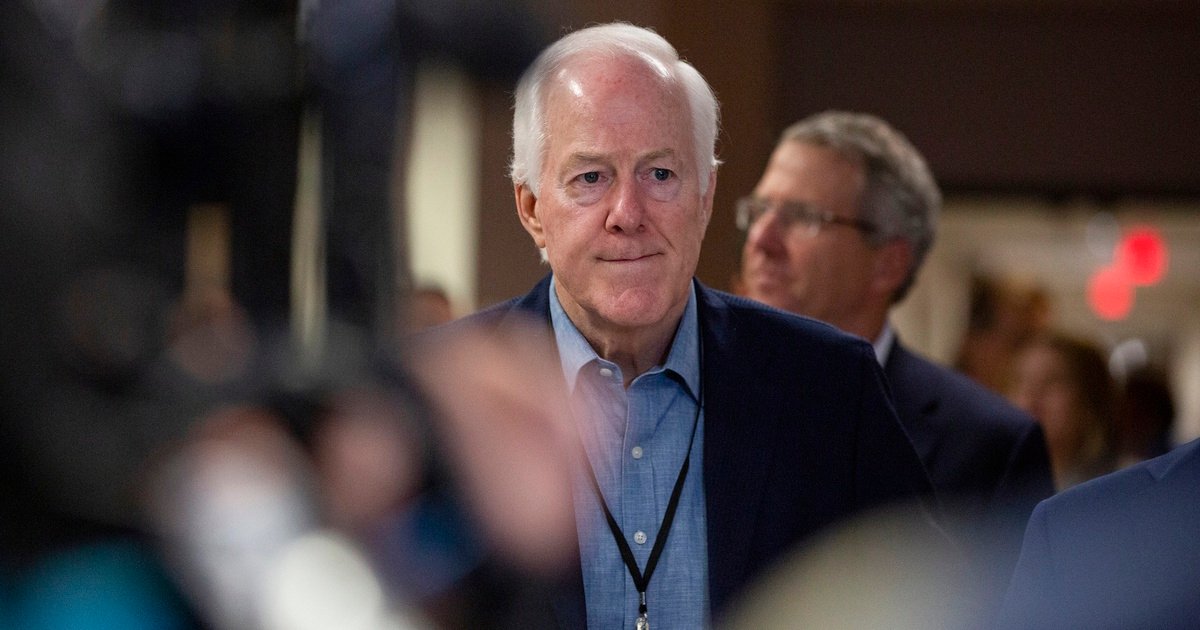 About 50% of the poll’s participants disapproved of how Cornyn is doing as a U.S. senator, while 24% approved, according to the June poll conducted by the Texas Politics Project at the University of Texas at Austin. In April, those percentages were 39% and 32%, respectively.

Jim Henson, director of the Texas Politics Project, said there is no direct causal link between Cornyn’s lowered ratings and his sponsorship of the gun bill. But it’s hard to not acknowledge the correlation, he said.

“We didn’t ask ‘what do you think of John Cornyn sponsoring the gun bill?’ but when you see a drop this big in such a short period of time, you look for some proximate cause,” Henson said. “The best candidate is this gun bill.”

The landmark bipartisan gun legislation, which President Joe Biden signed into law last month, was negotiated by Cornyn in the aftermath of the school shooting in Uvalde that left 19 students and two teachers dead. Cornyn was the lead Republican of a group of 20 senators unveiling the framework for the legislation that, among other things, would attempt to keep guns out of the hands of people deemed dangerous. It incentivizes red flag laws and closes the “boyfriend loophole,” while increasing scrutiny for gun buyers under the age of 21.

Cornyn knew he took a political risk by assuming a leadership role for legislation that some in his party claim is a threat to Second Amendment rights.

The senator’s job approval ratings dropped among every group of partisan voters. In the Texas Politics Project’s last poll in April, Cornyn had a 53% approval rating among Republicans. That rating is now 41%, Henson said.

“I don’t want to overplay those numbers — Cornyn is still in net positive territory, but he’s still under 50%,” he said about the senator’s standing with GOP voters. “A 41% job approval rating among members of your own party is not a very high job approval rating.”

Cornyn’s ratings likely dropped among Democrats and Independents because of how unsatisfactory the gun bill was to those voters as well, Henson said.

Disclosure: University of Texas at Austin has been a financial supporter of The Texas Tribune, a nonprofit, nonpartisan news organization that is funded in part by donations from members, foundations and corporate sponsors. Financial supporters play no role in the Tribune’s journalism. Find a complete list of them here.