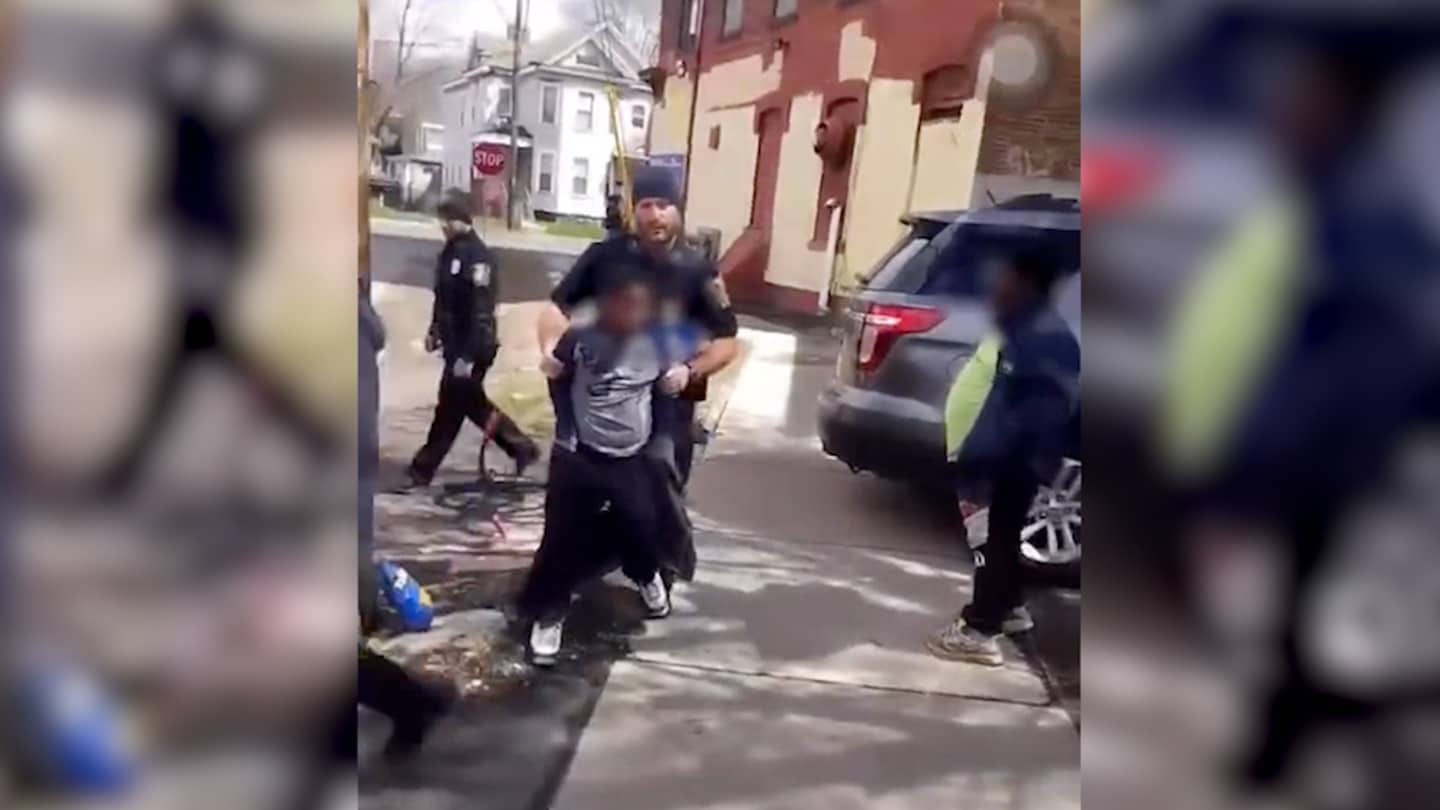 Cool Ranch Doritos went flying into the air on Sunday. But that was only the start of a spectacle in Syracuse, N.Y., that would set off a social media frenzy and prompt an internal police review of the incident.

As passersby ran errands on the residential street, an 8-year-old boy carried the bag of chips while riding a bicycle. That’s when a witness claimed officers grabbed the boy, sending his black-and-red bike to the ground and scattering the Doritos everywhere.

The unnamed boy, who is Black, had been accused of stealing the chips. As an officer grabbed him by the arms to place him into a police car, the boy’s screams and wailing pierced the air.

Part of the incident was captured on video by Kenneth Jackson, who told Syracuse.com he had pressed his phone’s record button as soon as he saw the boy “snatched off” the bicycle by police.

“It was just beyond me that they were actually treating this baby like this,” he told the outlet.

The Syracuse Police Department said in a statement that it was aware of the incident and would be reviewing the officers’ body-camera footage. The department clarified that the child “was not placed in handcuffs,” as some people who had seen the video across social media had posited.

The video, which has since gone viral, shows a tense scene as another child tells the officers, “It wasn’t him!” At the same time, Jackson and other adults begin arguing with police. One of the officers tries to explain, “These kids have been stealing from — ” before he gets cut off by another man screaming, “A bag of chips!” in disbelief.

Jackson offers to pay for the chips or to walk the kids back home, but police ultimately put the child in the back of the patrol car. Then they pack his bike into the trunk and drive off.

Police took the boy and his two brothers home. Their father, Anthony Weah, told Syracuse.com the officers were friendly. They didn’t press charges or ask Weah to pay for the Doritos. Their calm demeanor gave him nothing to worry about until he later saw the video Jackson had taken, which garnered millions of views after it was shared widely across Facebook, Twitter and TikTok.

“You can’t treat him like that because of a bag of chips like he killed somebody,” Weah told WSTM. “He’s not a criminal.”

Weah said he plans to file a complaint with the police department, according to Syracuse.com.

“Today, they done it to my child,” Weah told WSTM. “Tomorrow, they will do the same thing to another kid. So, today I’m more concerned about kids in general. They shouldn’t be treated like that.”

Syracuse Mayor Ben Walsh, a political independent, said in a statement Tuesday that the officers “knew the child from prior interactions,” adding that the incident highlighted “the continuing need for the City to provide support to our children and families and to invest in alternative response options to assist our officers.”

During a news conference Wednesday, New York Gov. Kathy Hochul (D) said it was “a heart-wrenching video to witness.”

“I know that the mayor is working closely with the police department to get to the bottom of everything, but also make sure we do protect our children, that they’re handled in a different way when it comes to encounters with law enforcement,” she said.

A 9.25-ounce bag of Doritos Cool Ranch chips costs about $3 at Walmart.