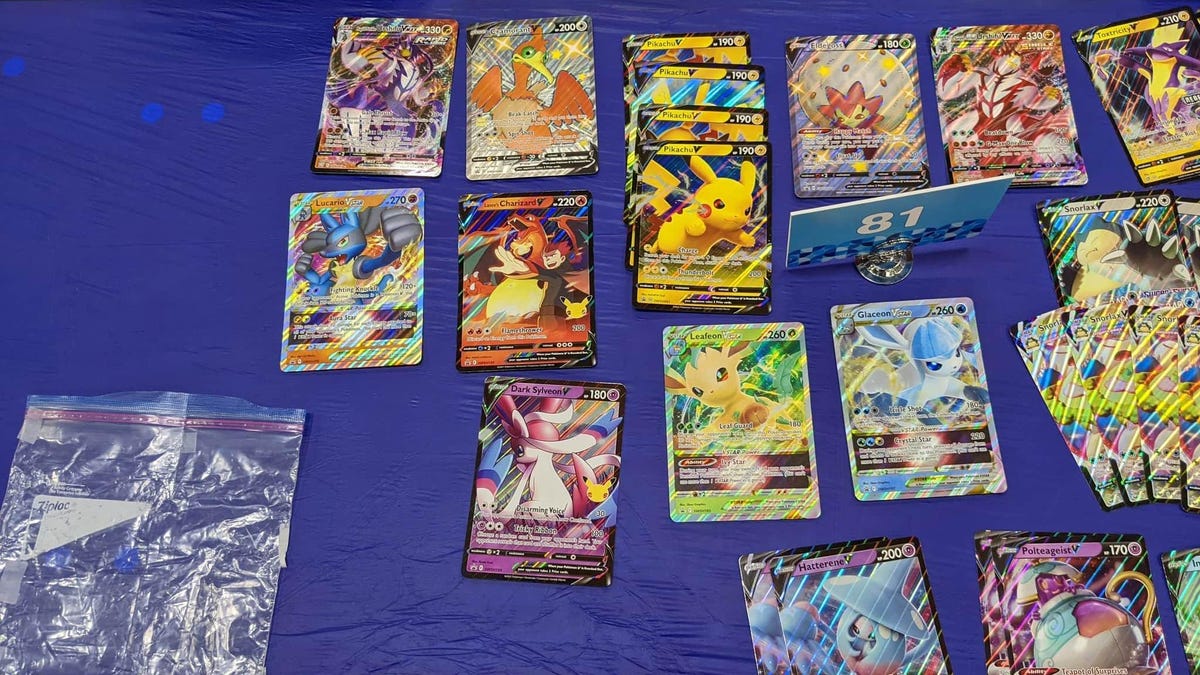 Pokémon fan and card game player Matthew Verive used 60 giant novelty cards to play at the Pokémon North America International Championship on June 24. Those cards are huge, and would not fit in my womanly pockets. The three-day championship had events for a few competitive Pokémon games, including the OG Trading Card Game, as well as digital battles like Pokémon GO and Pokkén Tournament DX. But only one of these games had a player use 60 giant novelty cards so not pocket-sized, they’d make another player blush.

Sadly for Verive and his ensemble of leviathan cards, bigger is not always better. On Twitter, he said that he lost two games and then dropped out as he “had intended to no matter what.” The judges were conflicted about Verive’s participation even after a lengthy deck check, though, so he wrote that had he not dropped out with his own free will, he could have been disqualified.

“For marked cards!” Verive explained, referring to cards with identifiable markings, something TCG tournaments have been banning for well over a decade. “The oversized cards aren’t cut to as high a standard as regular cards, so some cards could understandably be identified.”

Verive did look into getting card sleeves, which would have flipped his deck into a uniform collection, but given the deck’s size, he’d have to have sleeves custom made, and he wasn’t into paying $100 for a custom set. C’est la vie—sometimes your cards that look like plastic hashbrowns get you international renown on Twitter, and sometimes they get you indebted to an Etsy salesman.

The jumbo cards are in loving community with other jumbo items like jumbo shrimp and jumbotrons, all perfect things, but this jumbo item regrettably comes with a noble but fatal flaw: There are no existing jumbo trainer or energy cards, which support and power attacks respectively, so Verive’s deck was a jumbo pacifist.

Looks like big guys finish last, but I dream of the day that jumbo decks are met with a more size-inclusive future. There will, at the very least, be a future.

As the market cools, aggressive Tiger Global looks to raise a fund that’s half the size as its last • TechCrunch