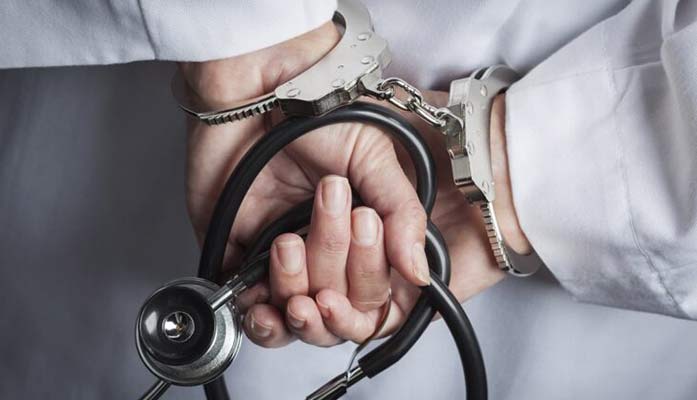 A group of physicians is questioning whether the tragic shooting of four innocent people in Tulsa last week, which included the murder of two physicians, could have been avoided if the government was not interfering with physicians’ prescribing practices.

The Tulsa shooter, who was suffering continuing pain after back surgery, was reportedly a patient of one of the murdered physicians. The apparently purchased his weapon hours before killing his physician and others, and left a letter explaining that his rampage was motivated by his post-surgery pain.

“This tragedy shows the need to examine the oppressive governmental interference with physicians’ treatment of pain,” argued AAPS Executive Director Jane Orient, M.D. “Patients can be in unbearable pain, particularly after surgery, and government should not block physicians’ efforts to help them.”

In 2018, Oklahoma limited physicians’ ability to treat pain for longer than an arbitrary seven days, in 63 OK Stat § 63-2-309I, and also limits the dosage of effective opioid painkillers during that period. The Tulsa shooting occurred 13 days after the perpetrator’s surgery, and after he complained for days about his lingering pain.

“Too often, physicians are the targets in the misguided War on Drugs,” Dr. Orient added. “This horrible killing of a caring physician should prompt nationwide soul-searching over whether suffering patients are the victims of government overreach.”

“Overzealous prosecutions of physicians who have treated pain in good faith, imposing 20-year prison sentences on some, has had a chilling effect nationwide on the treatment of pain,” observes AAPS General Counsel Andrew Schlafly. “Pending before the U.S. Supreme Court are appeals of decades-long prison sentences of physicians who treated pain in good faith,” he added.

One of those cases is Ruan v. United States , in which AAPS filed an amicus brief urging the Supreme Court to allow a good-faith defense for physicians who treat pain.

“No physician should be deterred from treating pain by threat of prosecution having 20-year prison sentences,” Schlafly stated. “That is twice as long as imposed on an arsonist protester who burned a man to death in a pawn shop in Minneapolis.”