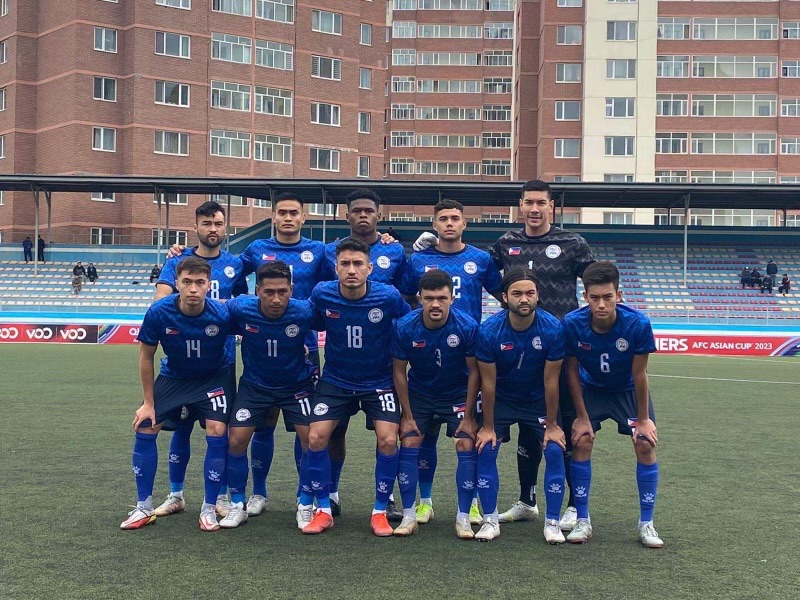 MANILA, Philippines — The Philippine Azkals held Yemen to a goalless draw to settle for a point in Group B of the 2023 AFC Asian Cup Qualifiers third round on Wednesday at MFF Stadium in Ulaanbaatar, Mongolia.

The Philippine men’s football team took control of ball possession and had several opportunities to score against Yemen, but it couldn’t find the back of the net and opened its campaign with a 0-0 stalemate.

Azkals goalkeeper Neil Etheridge also made the crucial saves that prevented Yemen from scoring, especially their foes’ final attempt in the 93rd minute.

Kenshiro Daniels attempted a header at the 58th minute off a corner kick, but Yemen goalie Salem Gamal Al-Harsh was able to catch the ball. Bienvenido Marañon also eluded his defender in the 74th mark, but his attempt was quickly denied by the Yemeni goalkeeper.

The Azkals had a final chance in the 91st minute with a free kick, but they missed the chance to steal the game.

Philippines and Yemen are tied in Group B with one point each in Azkals coach Thomas Dooley’s first tournament back after four years.

The Azkals had a total of nine attempts with three on target and dominated the ball possession with 63 percent and had 478 total passes, while the Yemenis had six attempts on target out of its eight total and had 256 passes.

The top team in the pool will qualify in the Asian Cup, while the No.2 seed has to be one of the five best second placed teams in the tournament in order to advance.