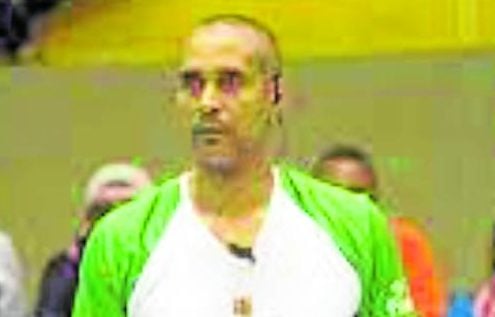 BARUERI, BRAZIL—The Philippine national women’s volleyball team is successfully morphing into a harmonious unit and is quickly learning to become comfortable in a variety of unpleasant situations.

“I keep on exposing them to bad situations and an uncomfortable kind of system,’’ said coach Jorge Edson Souza de Brito as the team bound for the 31st Southeast Asian Games (SEAG) in Hanoi, Vietnam, approaches the final three days of its two-week training camp here.

The twice-a-day practice sessions have become super intense lately with the PH spikers pouring everything they can give on the floor and soaking up on De Brito’s valuable teachings and the experience they gained from a series of tuneups.

“Difficult circumstances in practice are necessary for them to handle all sorts of challenges and resolve all problems during a game,’’ said De Brito following victories in three of four friendlies the last 11 days.

Jaja Santiago and Mylene Paat showed unstoppable prowess while Alyssa Valdez smashed the Brazilian end of the floor with fellow open spikers Ces Molina and Jema Galanza, who were likewise consistent during the series of tuneups.

De Brito said the PH spikers could play one more tuneup with three more days before wrapping up camp.

“Before we leave [for Manila], there should be one more [tuneup], but we have to fix some problems first. If you don’t have the time to fix these problems, it will still be there,’’ said De Brito, an Olympic gold medalist with Brazil’s men’s volleyball team during the 1992 Barcelona Games.

Coaches Odjie Mamon, Grace Antigua, Raffy Mosuela, Tina Salak and therapist Grace Gomez have been assisting De Brito during the workouts and are also learning valuable lessons in running the team, which will try to unseat many-time champion Thailand in Vietnam on May 12 to May 23.

“I think we’re about 60 to 65 percent in terms of readiness. But I know in competition, they can do much more,’’ said De Brito. INQ