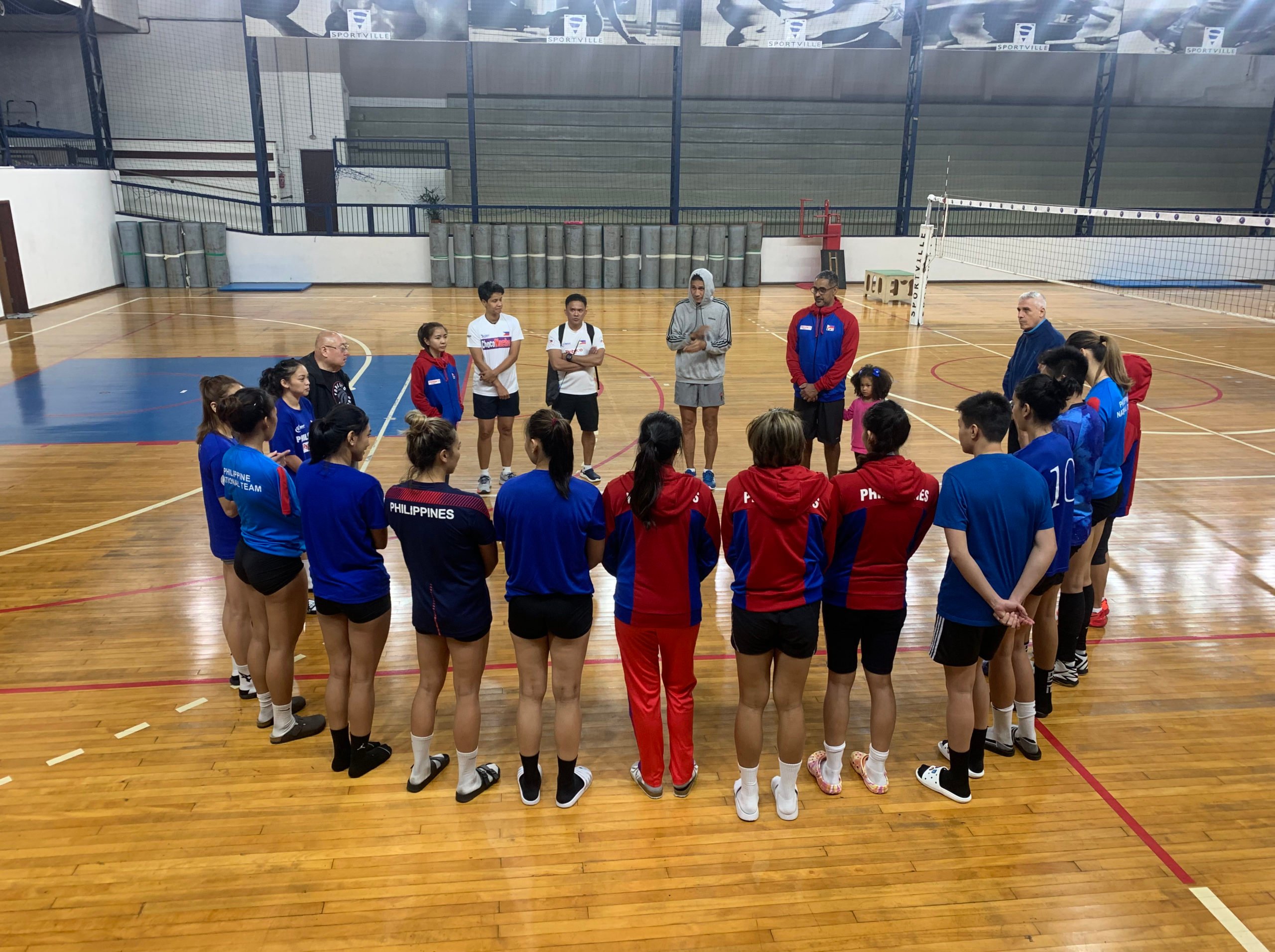 BARUERI, BRAZIL—Head coach Jorge Edson Souza de Brito and his staff checked out the video of the tuneup against Brazilian club team São Caetano and saw several areas of concern that the Philippine women’s volleyball team should build on.

“We have to improve in all areas and develop ways to make them play efficiently together,’’ said de Brito after the national spikers’ five-setter setback on their first game since the lineup was finalized less than two weeks ago.

The PH spikers went through two practice sessions on Friday at Sportville here with laser focus on forging a team whose cohesion and chemistry is second to none in its bid to seize a medal in the coming Southeast Asian Games in Hanoi, Vietnam.

Middle blockers Jaja Santiago, Majoy Baron, Dell Palomata, Aby Maraño and Ria Meneses were tasked to lift weights and got a refresher on the roles they have to reprise along with setters Iris Tolenada and Kyle Negrito during the morning workouts.

The coaching staff, meanwhile, delved on the technical skills of open spikers Alyssa Valdez, Jema Galanza and Ces Molina, opposite spikers Kat Tolentino, Mylene Paat and liberos Kath Arado and Dawn Macandili before both groups were fused to train again together in the afternoon.

“Although the (individual) skills and technical know-how are already there, we will be looking to satisfy our vision for the national team,’’ said coach Odjie Mamon, De Brito’s able deputy with assistants Grace Antigua, Raffy Mosuela, Tina Salak and therapist Grace Gomez.

The women’s team hasn’t had a podium finish since 2015 when it came back to SEA Games action after 10 years of absence.

“We just had our third practice in two days. I think by the time we play our second tuneup match, we will be able to do what the coaching staff wants to see,’’ added Mamon.

Philippine Ambassador to Brazil Mario F. Chan and Consul General Chad Jacinto flew from Brasilia, the capital of this land famed for the annual Carnaval, and watched the team play opposite São Caetano in the municipality of São Caetano do Sul on Thursday.

De Brito has scheduled the succeeding tuneup on Tuesday with still four more exhibition matches on tap later on for the national team.

Team Philippines last won a medal in SEA Games women’s volleyball with a bronze in 2005 Manila, 12 years after capturing the gold in the 1993 Singapore edition.