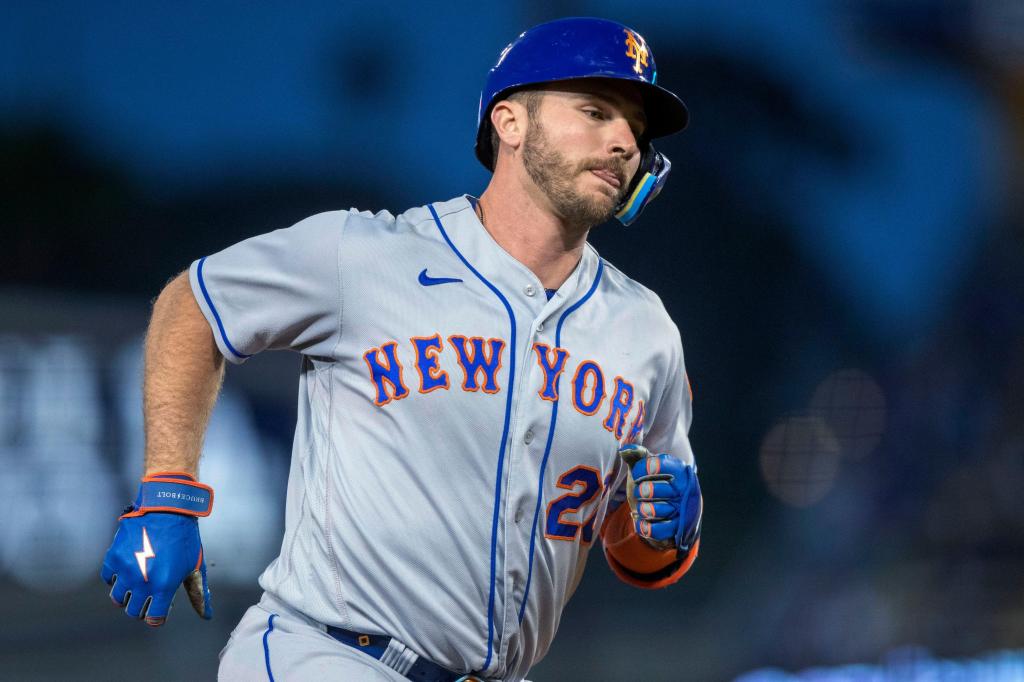 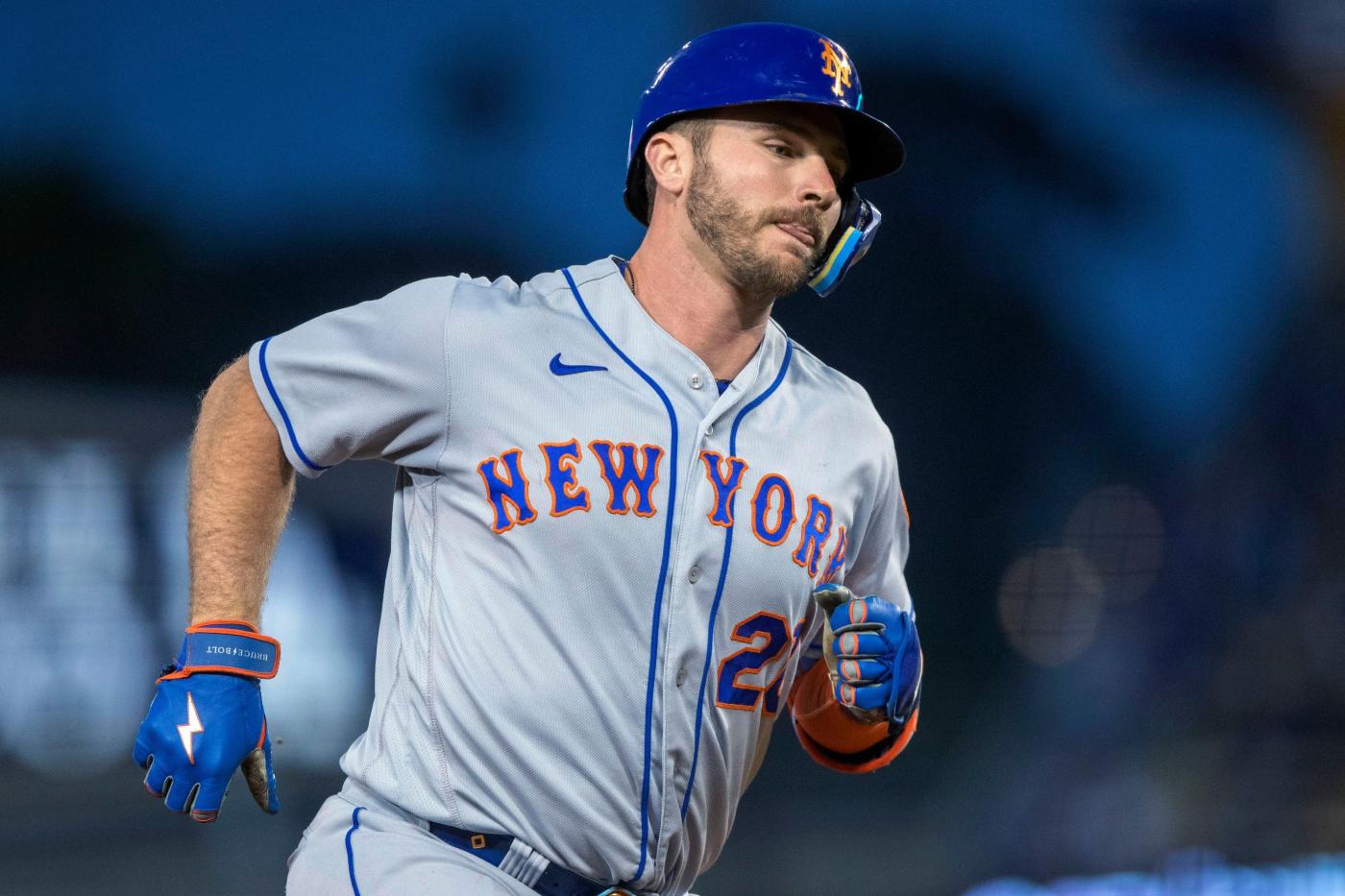 LOS ANGELES — Pete Alonso gave Dodger fans a sneak peek of what he’ll be doing here in just over a month, when he’ll enter Chavez Ravine as the defending Home Run Derby champion.

The Mets slugger hit a pair of powerful home runs, the first a two-run shot and the second a three-run dinger, and led the Mets to a 9-4 win over the Dodgers on Saturday night. Alonso is set to bring his baseball-smashing prowess to Dodger Stadium on July 18 for the Home Run Derby. Los Angeles will host this year’s All-Star Game festivities.

Alonso on Saturday entered the top 10 on the Mets’ all-time home run list after his 13th career multi-homer night. The 27-year-old tied Kevin McReynolds with 122 career home runs. Alonso is just four home runs shy of being halfway to the all-time Mets’ home run leader, Darryl Strawberry, who is first with 252.

Francisco Lindor homered in the first inning off right-hander Walker Buehler to mark just the second Mets run in their last 19 innings. It was also their first lead of the series. Though David Peterson gave up that lead in the second, in part because of an error from his first baseman, the Mets did an excellent job of responding right back in the third.

Alonso cemented the shortest start of Buehler’s career when he parked his 15th home run of the season to left field off the Dodgers starter. He was the final batter Buehler faced. The righty pitched just 2.1 innings and coughed up five runs across 65 pitches. Alonso’s 16th home run of the year came on a 100 mph sinker from Brusdar Graterol, which resulted in a line-drive bullet that left the park at lightning speed.

Meanwhile, Buck Showalter managed with his gut, albeit to Peterson’s dismay.

Peterson’s 90th pitch of the night in the fourth inning was a curveball to Mookie Betts that the National League MVP favorite lined, sharply and dangerously, for a loud foul ball to left field. That was all Showalter needed to see. So, in an on-the-fly and unusual decision, Showalter removed Peterson from his outing mid at-bat. Moments later, it worked.

In came Colin Holderman, pitching for the second time in three days, with a man on second and the Mets trying to hang on to a two-run lead. Holderman wound up freezing Betts with a cutter to end the inning unscathed. Peterson had stuck around in the dugout until the end of the inning, after which he hurried into the Mets tunnel without speaking to anyone, apparently agitated.

In the end, Peterson held the Dodgers to four runs (one earned) on two hits, while walking four and striking out six across 3.2 innings. Three runs were unearned in the second inning when Alonso’s throwing error, a wide throw to shortstop that brought in a run, gave the Dodgers an extra out and prolonged the inning. Betts capitalized on Alonso’s mistake when he cleared the bases with a three-run double. Alonso made up for his miscue with the aforementioned game-altering home run.

Avalanche star Nazem Kadri could’ve made excuses. He made history instead. His Colorado relatives couldn’t be prouder. “After hardship comes ease.”

Final break-up does not require details – The Denver Post