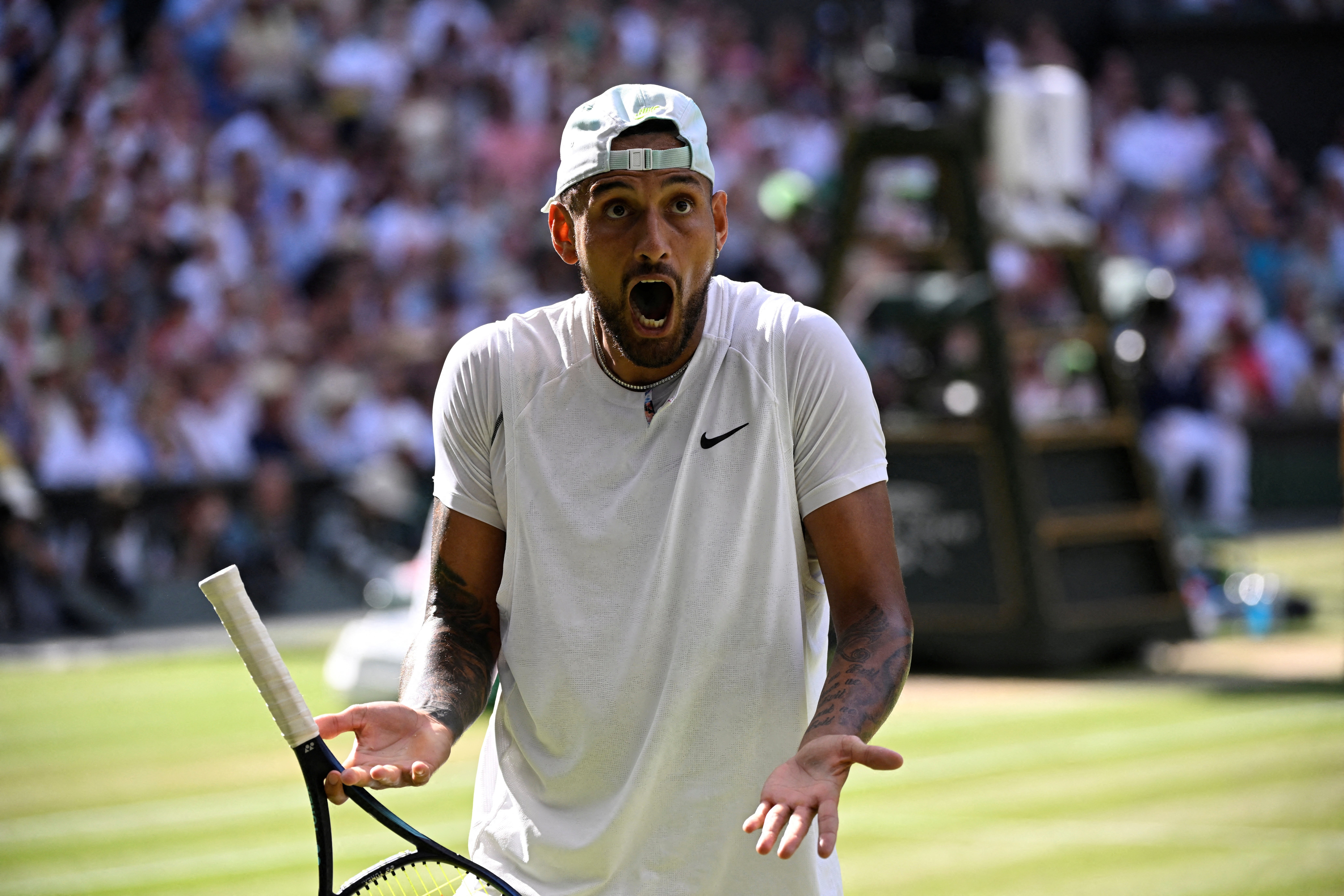 SYDNEY – Australia’s media marked rather than celebrated Nick Kyrgios’s run to the Wimbledon final on Monday, mixing praise for his play with condemnation of his outbursts at officials, fans and his own entourage.

Kyrgios was hailed for the brilliance of his tennis in the opening set but panned for his erratic behavior as Novak Djokovic rounded out a 4-6 6-3 6-4 7-6(3) victory to clinch his 21st major title.

It was a familiar postmortem and further evidence that the basketball-mad kid from Canberra remains a frustrating enigma to his compatriots.

“Kyrgios bowed out in a typically Kyrgios sort of way, mixing perfection with petulance, whinging at the crowd and complaining to his box for an apparent lack of support in a series of unglamorous, graceless rants,” Robert Craddock wrote for News Corp newspapers.

“It wasn’t pretty. At times it was pretty ugly.”

Greg Baum in Melbourne’s The Age newspaper suggested that whatever the reason for Kyrgios’s misbehaviour, Australia would keep watching.

“Will Kyrgios ever win a major?,” he wrote. “Outright talent says he can. We’ll be watching. You have to watch. He’s compelling. But it’s hard to care as much as we did for, say, Ash Barty.

“If he’s going to play tennis at all, he might as well fulfil himself at it. First, though, he will have to stop pointing the finger at everyone else.”

Kyrgios in his post-match news conference spoke of the pressure he felt, his pride at matching Djokovic for parts of the match, but added that had he beaten the Serbian he might not have had the motivation to continue with the grind of the tour.

“Coming back for other tournaments, like (ATP) 250s and stuff, I would have really struggled,” he said.

“I felt like I belonged, though. I feel like my game, my level has always been there. I feel like I’ve kind of put it together a little bit this week, these couple weeks.”

It is on the upcoming North American hardcourt swing that the 27-year-old is likely to have the next chance to put his game together.

With no rankings points on offer at Wimbledon because of the ban on Russian and Belarusian players, Kyrgios will still be number 40 in the world or thereabouts when he next gets out on court.

More seriously, he faces an appearance in Canberra court next month on a charge of assaulting his former girlfriend.

Whatever the immediate future holds, Craddock, at least, was certain of one thing.

“The message for Kyrgios is clear,” he wrote. “The only man he really has to conquer is himself.”