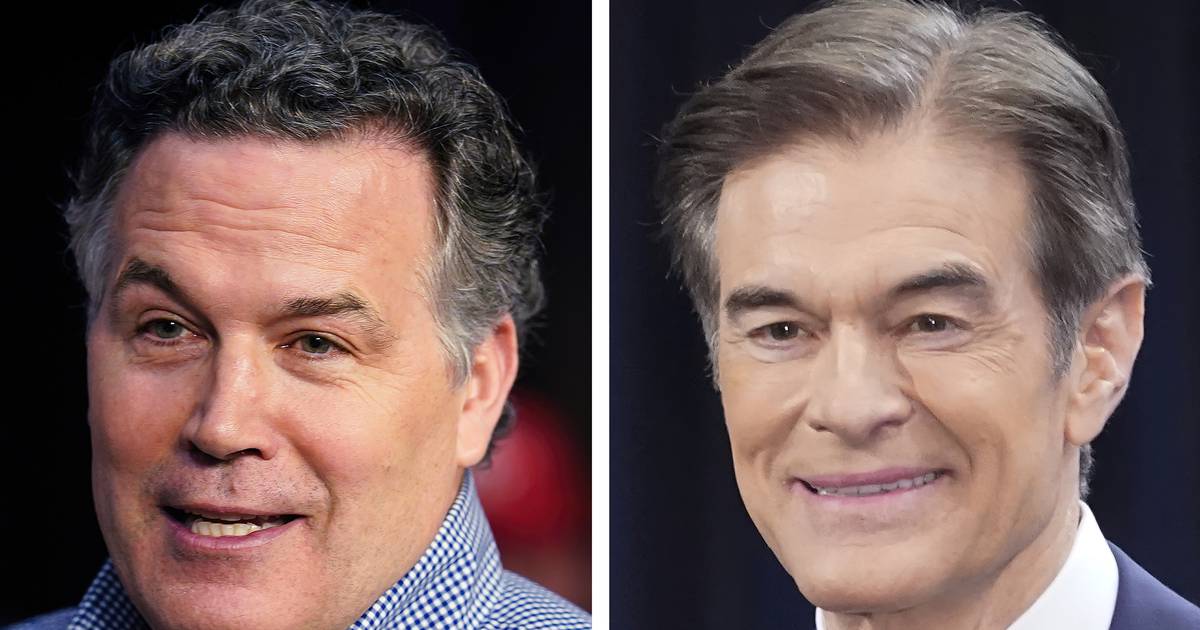 HARRISBURG, Pa. (AP) — Pennsylvania’s Republican primary for an open U.S. Senate seat is too close to call and is likely headed for a statewide recount to decide the winner of the contest between heart surgeon-turned-TV celebrity Dr. Mehmet Oz and former hedge fund CEO David McCormick.

A recount would mean that the outcome of the race might not be known until June 8, the deadline for counties to report their results to the state.

Oz, who was endorsed by former President Donald Trump, led McCormick by 1,079 votes, or 0.08 percentage points, out of 1,340,248 ballots counted as of 5 p.m. Friday. The race is close enough to trigger Pennsylvania’s automatic recount law, with the separation between the candidates inside the law’s 0.5% margin. The Associated Press will not declare a winner in the race until the likely recount is complete.

Both campaigns have hired Washington-based lawyers to lead their recount efforts, and both have hired Philadelphia-based campaign strategists who helped lead the operation to observe vote-counting on Election Day for Donald Trump’s presidential campaign in 2020.

The two campaigns already had dozens of lawyers and volunteers fanned out around the presidential battleground state as election workers and election boards toiled through the remaining ballots.

The big field of Republican candidates and their super PACs reported spending more than $70 million during the primary campaign. The winner will face Democratic Lt. Gov. John Fetterman in November’s midterm elections in what Democrats see as their best opportunity to pick up a seat in the closely divided Senate.

Fetterman won the Democratic nomination while in the hospital recovering from a stroke four days before the election. The incumbent, Republican Sen. Pat Toomey, is retiring after serving two terms.

Trump’s clout is again on the line, as he looked for a third straight win in Republican Senate primaries after “Hillbilly Elegy” author JD Vance prevailed in Ohio earlier this month and U.S. Rep. Ted Budd easily scored a victory in North Carolina on Tuesday.

County election boards began meeting Friday to sort out problematic or provisional ballots, even as election workers processed the last of the mail-in ballots and election-day ballot tallies from precincts.

The state’s 67 counties have until Tuesday’s deadline in state law to certify their results to the state. Then the state’s top election official has until next Thursday to issue a recount order, which is mandatory — unless the losing candidate asks in writing that it not be carried out.

Oz’s campaign manager declined to comment Friday evening. McCormick’s campaign said it has no plans to decline a recount.

Counties have until three weeks after the election — June 7 — to finish the recount and another day to report results to the state.

As of yet, neither campaign has gone to court, and both candidates have expressed confidence in victory.

Oz and McCormick dominated the seven-person GOP field, blanketing the state’s TV screens with political ads for months and spending millions of their own money, before conservative activist Kathy Barnette surged in the campaign’s final days.

Oz, who is best known as the host of daytime TV’s “The Dr. Oz Show,” had to overcome misgivings among hardline Trump backers about his conservative credentials. Rivals also charged that his dual citizenship with Turkey would compromise his loyalties to the United States. If elected, Oz would be the nation’s first Muslim senator.

McCormick was virtually unknown four months ago and emphasized his credentials as a hometown success story.

Both men reported assets of more than $100 million and moved from out of state to run — Oz from a mansion in Cliffside Park, New Jersey, above the Hudson River overlooking Manhattan, and McCormick from Connecticut’s ritzy Gold Coast.