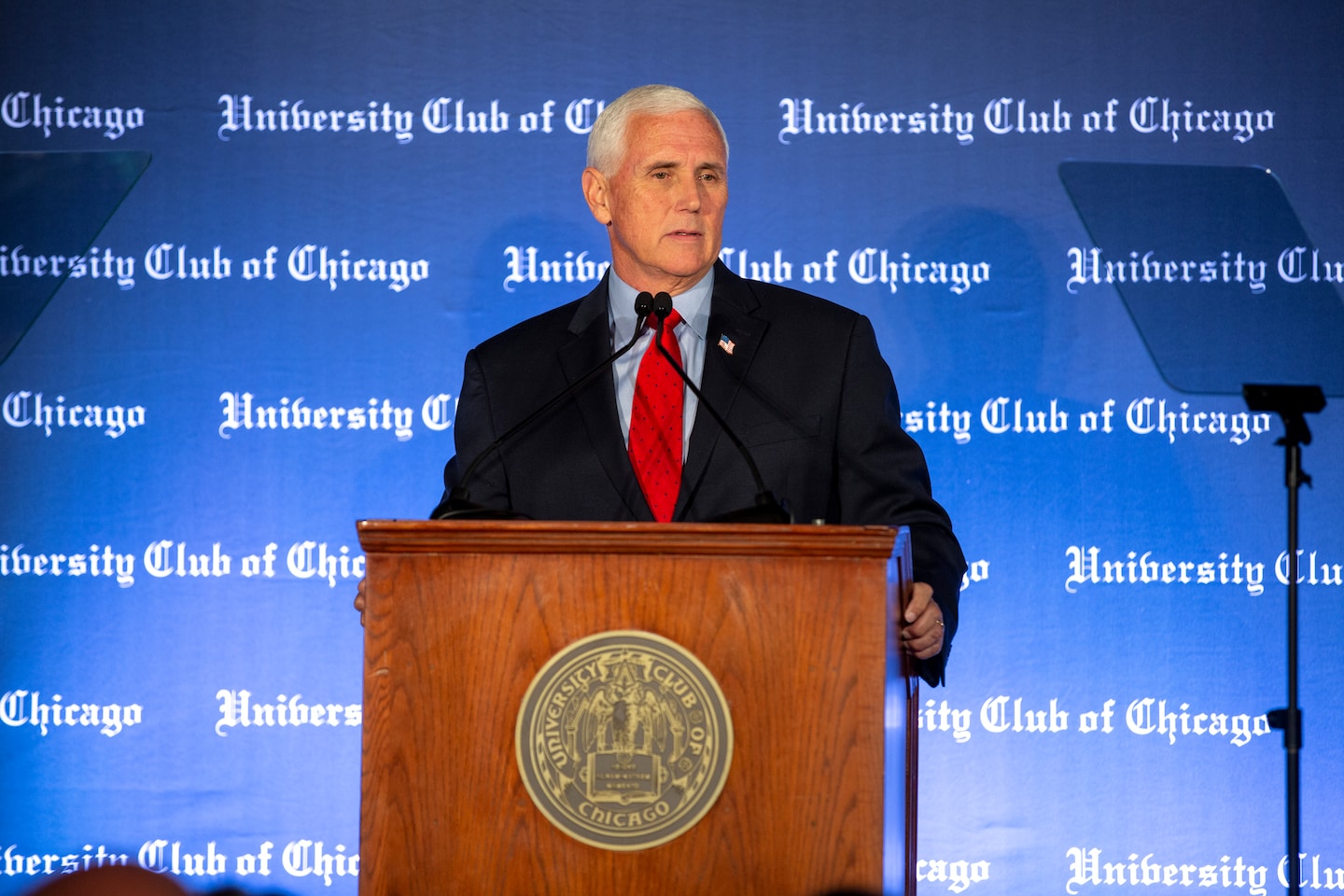 As Republicans across the United States are celebrating the Supreme Court decision Friday to overturn the fundamental right to an abortion established in Roe v. Wade, former vice president Mike Pence is calling for a national ban on the procedure, while former president Donald Trump argued the court’s decision is “something that will work out for everybody.”

In an interview with Breitbart News, Pence said that the Supreme Court voting 6 to 3 to uphold a restrictive Mississippi law banning almost all abortions after 15 weeks of pregnancy “has given the American people a new beginning for life, and I commend the justices in the majority for having the courage of their convictions.”

After saying that “life won” on Friday, Pence, who is considered a potential GOP contender in the 2024 presidential election, went one step further by arguing the court’s decision in Dobbs v. Jackson Women’s Health should lead to a national ban on abortion.

“Now that Roe v. Wade has been consigned to the ash heap of history, a new arena in the cause of life has emerged, and it is incumbent on all who cherish the sanctity of life to resolve that we will take the defense of the unborn and the support for women in crisis pregnancy centers to every state in America,” he said to Breitbart. “Having been given this second chance for Life, we must not rest and must not relent until the sanctity of life is restored to the center of American law in every state in the land.”

“This is following the Constitution, and giving rights back when they should have been given long ago,” Trump told the network. “I think, in the end, this is something that will work out for everybody.”

Trump made three appointments to the Supreme Court — Justices Neil M. Gorsuch, Brett M. Kavanaugh and Amy Coney Barrett — that tilted the high court 6-to-3 in conservatives’ favor. While in office, Trump billed himself as “the most pro-life president in American history,” and he garnered support from right-wing religious groups and antiabortion activists because of his moves to curb abortion rights.

Asked on Fox News about his role in the Supreme Court’s decision, Trump said, “God made the decision.”

Trump and Pence were among a number of Republicans who lauded what they called a “courageous and correct” ruling decades in the making for the antiabortion movement.

South Dakota Gov. Kristi L. Noem (R), another potential GOP presidential contender in 2024, has called for a special legislative session to bolster the state’s trigger law that immediately banned abortion. Thirteen states with “trigger bans,” designed to take effect as soon as Roe is overturned, will ban abortion within 30 days. Several other states where recent antiabortion legislation has been blocked by the courts are expected to act next, with lawmakers moving to activate their dormant legislation.

Senate Minority Leader Mitch McConnell (R-Ky.), who helped shepherd Trump’s three appointments to the Supreme Court, said the court “applied the Constitution” and commended it for “its impartiality in the face of attempted intimidation.”

“This is [a] historic victory for the Constitution and for the most vulnerable in our society,” McConnell said in a statement Friday. “For 50 years, states have been unable to enact even modest protections for unborn children. Now the American people get their voice back.”

The minority leader also said the court “corrected a terrible legal and moral error, like when Brown v. Board overruled Plessy v. Ferguson.”

“Democrats’ disgraceful attacks on the Court have echoed Democrats’ outrage at Brown v. Board in 1954,” McConnell said, accusing Democrats of being “jaw-droppingly extreme on abortion.”

“Millions of Americans have spent half a century praying, marching, and working toward today’s historic victories for the rule of law and for innocent life,” McConnell concluded. “I have been proud to stand with them throughout our long journey and I share their joy today.”

But Democrats say the Supreme Court decision will go down as what the Democratic Women’s Caucus described as “one of its worst, most unjust decisions” in history.

The caucus, led by Reps. Brenda Lawrence (Mich.), Jackie Speier (Calif.) and Lois Frankel (Fla.), was among the first in Congress to react to the news Friday.

“Women are not chattel, and the government should not have the right to mandate pregnancies,” the lawmakers said. “The House-passed Women’s Health Protection Act must become the law of the land.”

Former president Barack Obama stressed on Twitter that the Supreme Court’s decision “relegated the most intensely personal decision someone can make to the whims of politicians and ideologues—attacking the essential freedoms of millions of Americans.”

House Speaker Nancy Pelosi (D-Calif.) told reporters that the most recently nominated conservative justices sat before the Senate at their confirmation hearings and said they “respected authority” and the “precedent of the court, that they respected the right of privacy in the Constitution.”

“Were they not telling the truth then?” she asked.

Pelosi said the court contradicted itself in its rulings over the past two days.

“Their hypocrisy,” she added, “is enraging, but the harm is endless.”

“As a woman, as a mother, as a grandmother, to see young girls now have fewer rights than their moms or even their grandmothers is something very sad for our country,” Pelosi lamented.

Reproductive freedom, Pelosi added, “is on the ballot in November.”

The sentiment was echoed by Sen. Amy Klobuchar (D-Minn.) when asked by NBC News what Democrats plan to do in response to the decision.

“Well, the big thing that’s next is the election,” Klobuchar said. “And women, and the men who support them, are going to be going in droves to the ballot box.”

Sen. Joe Manchin III (D-W.Va.), a moderate Democrat, said he was “deeply disappointed” by the Supreme Court’s decision and that he would support legislation to codify Roe into law.

Manchin, in a statement, said he trusted that Justices Gorsuch and Kavanaugh “when they testified under oath that they also believed Roe v. Wade was [a] settled legal precedent and I am alarmed they chose to reject the stability the ruling has provided for two generations of Americans.” Manchin supported their nominations.

Manchin said that, as a Catholic, he was “raised pro-life and will always consider myself pro-life.”

Manchin said he wanted to be clear about his support for legislation that would codify “the rights Roe v. Wade previously protected.”

“I am hopeful Democrats and Republicans will come together to put forward a piece of legislation that would do just that,” he said.

As protests got underway from coast to coast on Friday, House Minority Leader Kevin McCarthy (R-Calif.), joined by other members of House GOP leadership, followed Trump, Pence, McConnell and other conservatives in praising the decision.

“Every unborn child is precious, extraordinary, and worthy of protection,” the group wrote. “We applaud this historic ruling, which will save countless innocent lives.”

Woman testifies that R. Kelly had frequent sex with her before she was 18