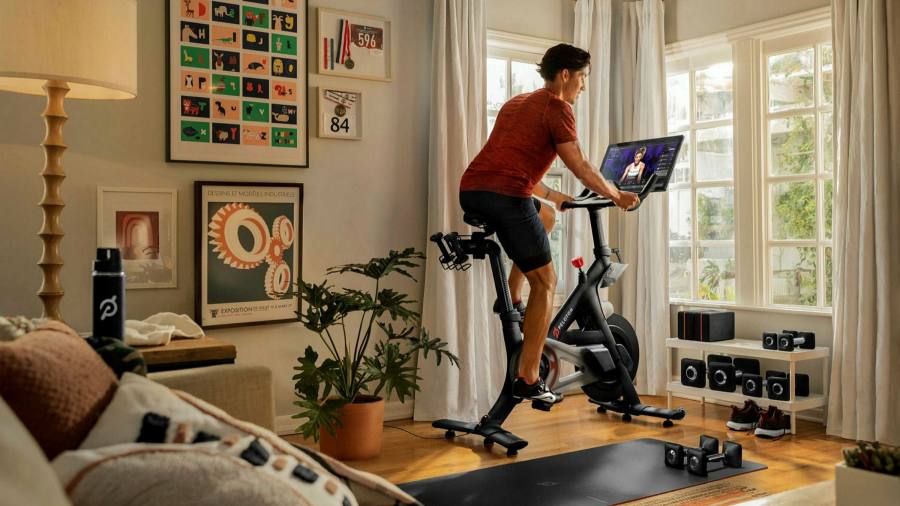 Sign up to myFT Daily Digest to be the first to know about Peloton Interactive LLC news.

Fitness technology group Peloton delivered a disappointing sales outlook for the current quarter and warned that its profitability would be hit by higher commodity costs and lower prices for the most popular of its video-connected exercise bikes.

The New York-based company forecast revenue of $800m in its fiscal first quarter ending on September 30, missing expectations of $1bn, according to analysts polled by Refinitiv.

Peloton, which acknowledged that its high prices remain a barrier to consumers, slashed the price of its best-selling Bike product by $400 to $1,495, the second cut in a year.

The company warned that “the price decrease in our original Bike, significant increases in commodity costs and freight rate increases”, along with investments in marketing and new products, would hamper its profitability in the short term.

For the full fiscal year, the company expects revenue of $5.4bn and an adjusted loss of $325m. Peloton shares fell 14 per cent on the news in after-hours trading before recouping some of losses to trade 6 per cent lower.

Peloton, which has a cult following in the fitness community, benefited as consumers took to exercising at home during the pandemic. However, warmer weather and the loosening of pandemic restrictions has enabled more consumers to return to gyms and outdoor activities. The company also faces competition from fitness rivals such as Mirror and Hydrow.

“The past year represented an inflection point for the connected fitness industry, with significant increases in awareness and demand following the onset of the Covid-19 pandemic,” chief executive John Foley said in a letter to shareholders.

Revenue rose 54 per cent to $937m in the fourth quarter ending June 30, compared with the same period a year before. That rise was more gradual than the 141 per cent increase recorded the previous quarter, but topped analysts’ expectations of $927m.

Subscription revenue grew 132 per cent from a year ago to $281.6m. Sales were affected in part by the recall of its Tread+ and Tread treadmills after reports of injuries and one death involving the machines.

Peloton also flagged a “material weakness” in its internal controls over financial reporting related to inventory valuation but said it “did not result in a material misstatement of our financial statements or disclosures” and that it would not result in any restatements of historical results.