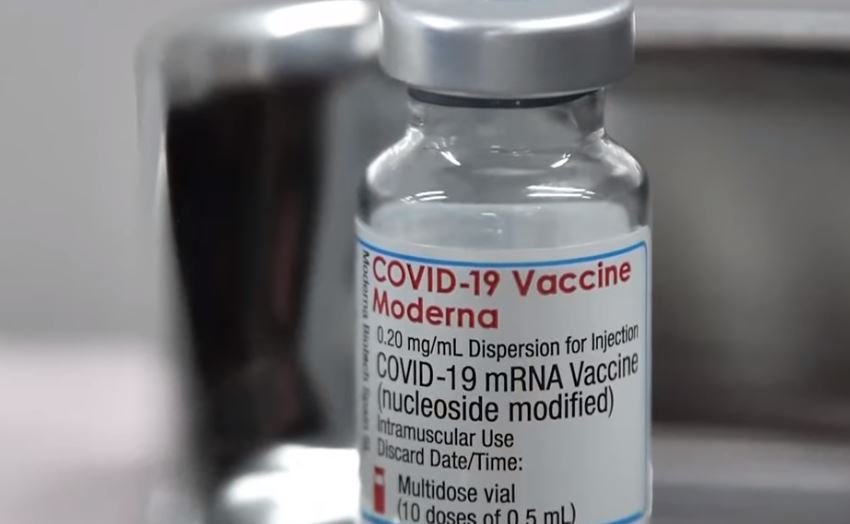 A peer-reviewed study from researchers in France has concluded that both the experimental Pfizer and Moderna vaccines significantly increase the risk of myocarditis compared to the unvaccinated.

While both mRNA therapies were found to be linked to the life-threatening heart condition, the Moderna jabs results were particularly shocking, especially among young adults, as researchers found the risk for myocarditis diagnosis following the Moderna jab was 44 times higher risk for individuals aged 18 to 24 years old.

As for Pfizer’s jab – which fared better, but not by much – the same age group experienced a 13x elevated risk for the serious condition, according to the study that was published last week in the scientific journal, “Nature.”

The new data mirrors several other recent studies that show a link between the treatments and numerous severe medical complications in addition to myocarditis, including, but not limited to, pulmonary embolism, blood clots, and even “sudden” death.

The largest associations are observed for myocarditis following mRNA-1273 vaccination in persons aged 18 to 24 years [Moderna 44x increase, Pfizer 13x increase]. Estimates of excess cases attributable to vaccination also reveal a substantial burden of both myocarditis and pericarditis across other age groups and in both males and females.

The risk of myocarditis was substantially increased within the first week post vaccination in both males and females (Fig. 1 and Table S2). Odds-ratios associated with the second dose of the mRNA-1273 vaccine were consistently the highest, with values up to 44 (95% CI, 22–88) and 41 (95% CI, 12–140), respectively in males and females aged 18 to 24 years but remaining high in older age groups.

While young people experienced the worst reaction to the mRNA vaccines, researchers demonstrated, as has been done across multiple studies, that the risk was elevated across all age groups and it is highest around 1-week post-vaccination.

Overall, the Pfizer and Moderna jabs were associated with an 8x and a 30x increase in myocarditis risk, respectively, when compared to the unvaccinated, according to the study.

Individuals were also found to be at a greater risk of developing pericarditis, a similar and less severe, but still serious, heart condition. However, the increase was not nearly as high, at 2.9x for Pfizer and 5.5x for Moderna.

Conversely, the risk of myocarditis was also found to be elevated by 9x in those who have been infected with the Covid-19 virus. It is unclear whether or not vaccination status was factored in for this cohort.

We perform matched case-control studies and find increased risks of myocarditis and pericarditis during the first week following vaccination, and particularly after the second dose, with adjusted odds ratios of myocarditis of 8.1 (95% confidence interval [CI], 6.7 to 9.9) for the BNT162b2 [Pfizer] and 30 (95% CI, 21 to 43) for the mRNA-1273 [Moderna] vaccine.

In other words, that ‘cure’ for the virus that’s nominally worse than the seasonal flu (99.95 recovery rate overall, 99.995% among children and young people) is more likely to put recipients into the hospital with a crippling heart condition than keeping them from being hospitalized with Covid.

And, not just a little more likely, either. Another recently published study found that for every one person the Pfizer vaccine keeps out of the hospital, five (!) people will suffer a “severe adverse reaction” – aka. a serious vaccine injury.

It’s worth pointing out that the 5 to 1 ratio is only related to the Pfizer jab and it’s 13x increase in myocarditis risk. At 44x, Moderna’s ratio of severe adverse events would likely be even greater.

Unbelievably, the risk increase for the severe heart condition might even be higher than the data that the new French study shows, as researchers were limited to pulling information strictly from hospital discharge records. These records likely underscored the true number of myocarditis cases because they do not include those whose symptoms were not severe enough to be hospitalized or those who might have died suddenly before checking into a healthcare facility.

What’s more – the study only looked at those with one- and two-dose vaccinations and did not analyze the effect the booster jab had on the risk of myocarditis because it is not yet recommended for young adults in the country. This could also indicate that the true risk increase is higher, as other data has shown that with more mRNA doses, the higher the chance of developing complications.

One of the study’s authors, Dr. Sanjay Verma, even warned as much, stating that the excluded data “may yield even higher risk than reported.”

From Dr. Verma, who spoke with The Epoch Times about the French study:

“There have been reports (pdf) of autopsy-proven myocarditis after vaccination and anecdotal evidence of patients being dismissed by ER and never being hospitalized. Adjusting for these excluded subsets may yield even higher risk than reported in this study. Follow-up of the patients in this study was limited to one month after discharge. However, a previous cardiac MRI study found about 75 percent of patients with vaccine-associated myocarditis can have persistent MRI abnormalities 3–8 months after initial diagnosis.”

Dr. Verma also slammed the US Centers for Disease Control and Prevention (CDC) for misleading the public about the true incidence rate of myocarditis and its relation to the experimental vaccine. According to the expert cardiologist, the CDC has been “erroneously suggest[ing]” that the risk of myocarditis after Covid infection is higher than it is following mRNA injection – something his data, and others, have thoroughly disproven.

Nevertheless, the CDC and the public health ‘experts’ refuse to divert from the course.

For the cases of myocarditis after SARS-CoV2, CDC uses officially confirmed PCR+ ‘cases,’ even though their own seroprevalence data demonstrates that far more people have been infected than officially conformed PCR+ ‘cases.’ For example, seroprevalence data as of Feb 21, 2022, reveals 75 percent (about 54 million) of all children have been infected compared to 12 million officially confirmed PCR+ ‘cases’ (i.e., the actual number of kids infected is 4.5 times greater than PCR+ ‘cases’). Therefore, calculating the risk of myocarditis after SARS-CoV2 infection, the rate noted by CDC would therefore need to be reduced by 4.5 times. Thus far, CDC has not adjusted its COVID-19 morbidity and mortality data accordingly.”

To download the new *peer-reviewed* French study, it can be found here.