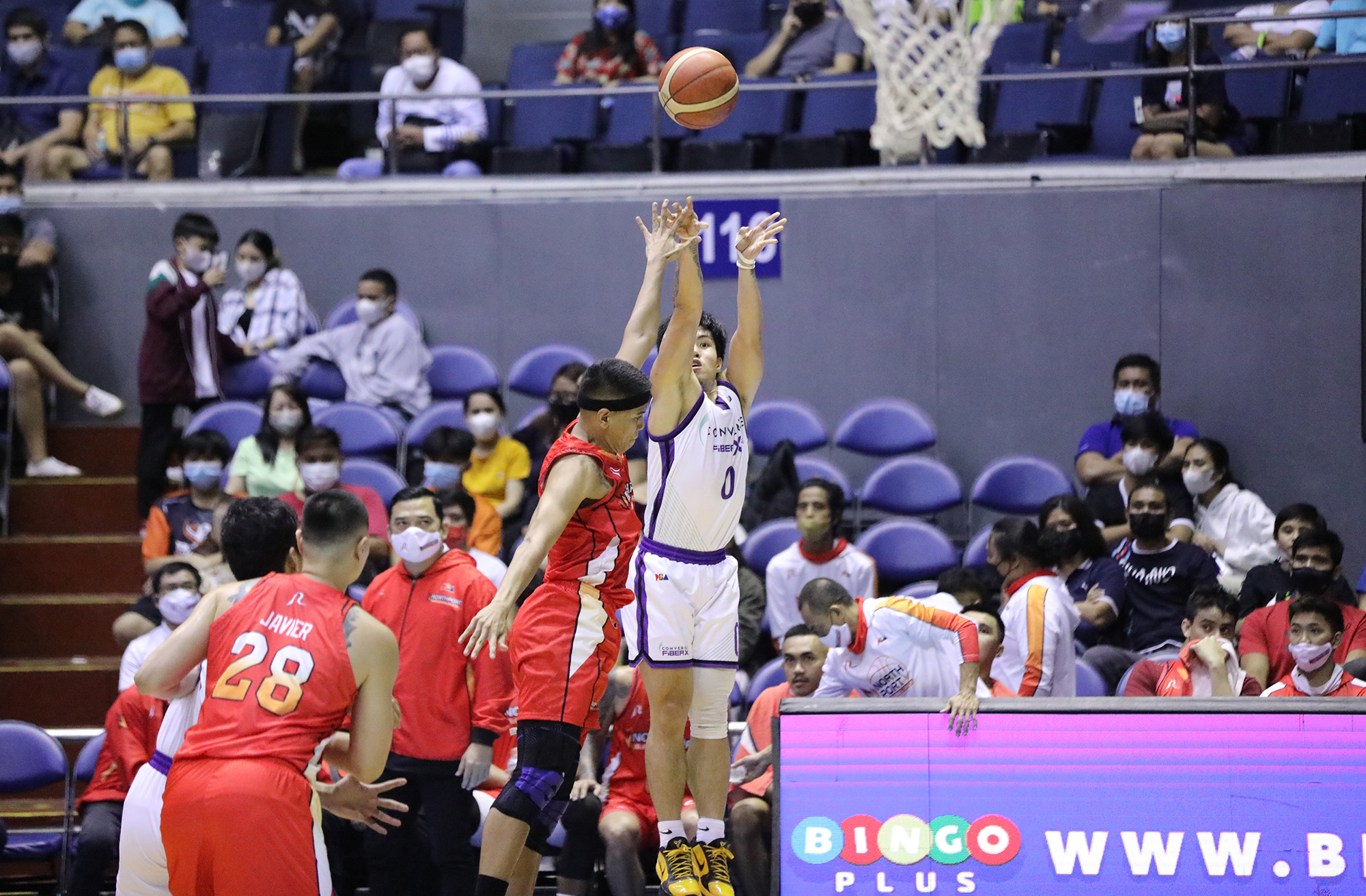 MANILA, Philippines-Converge finally got a streak going on Saturday night, fending off undermanned but resilient NorthPort, 104-98, in the PBA Philippine Cup at Smart Araneta Coliseum in Cubao.

Tentative in the opening frame, RK Ilagan got going in the second and kept at it until the final horn to will the FiberXers to a crucial victory that kept the young club within the playoff picture.

Ilagan scored five of the team’s final seven points to cap a team-best 20-point outing. Jeo Ambohot, Abu Tratter, Justine Arana, and Tyrus Hill each chipped in at least 10 each in the effort that had Converge improving to 4-5 overall.

“We know going into this last stretch that our backs are against the wall. So like I said in the last game—first two tests, we passed. But we have two big tests in Phoenix and Blackwater [coming up],” said coach Jeff Cariaso, whose charges prevailed even without cornerstone Jeron Teng.

“So yeah, we just want to continue rolling, improving what we need to improve on and focus knowing that these next two (assignments) are going to be a battle,” he went on.

Kevin Ferrer finished with 21 points almost scoring exclusively from the three-point line. Arwind Santos added 20 while Roi Sumang 15 in the losing effort that doomed NorthPort to its sixth straight loss in eight matches.

It also didn’t help that Robert Bolick was shelved due to an injury and Jamie Malonzo, who had 13, was thrown out due to a Flagrant Foul Penalty 2 in the third quarter, just when the Batang Pier were closing in on the FiberXers.

NorthPort, which actually opened the conference with two victories, will have three more chances to right the ship beginning with Phoenix Super LPG next week.