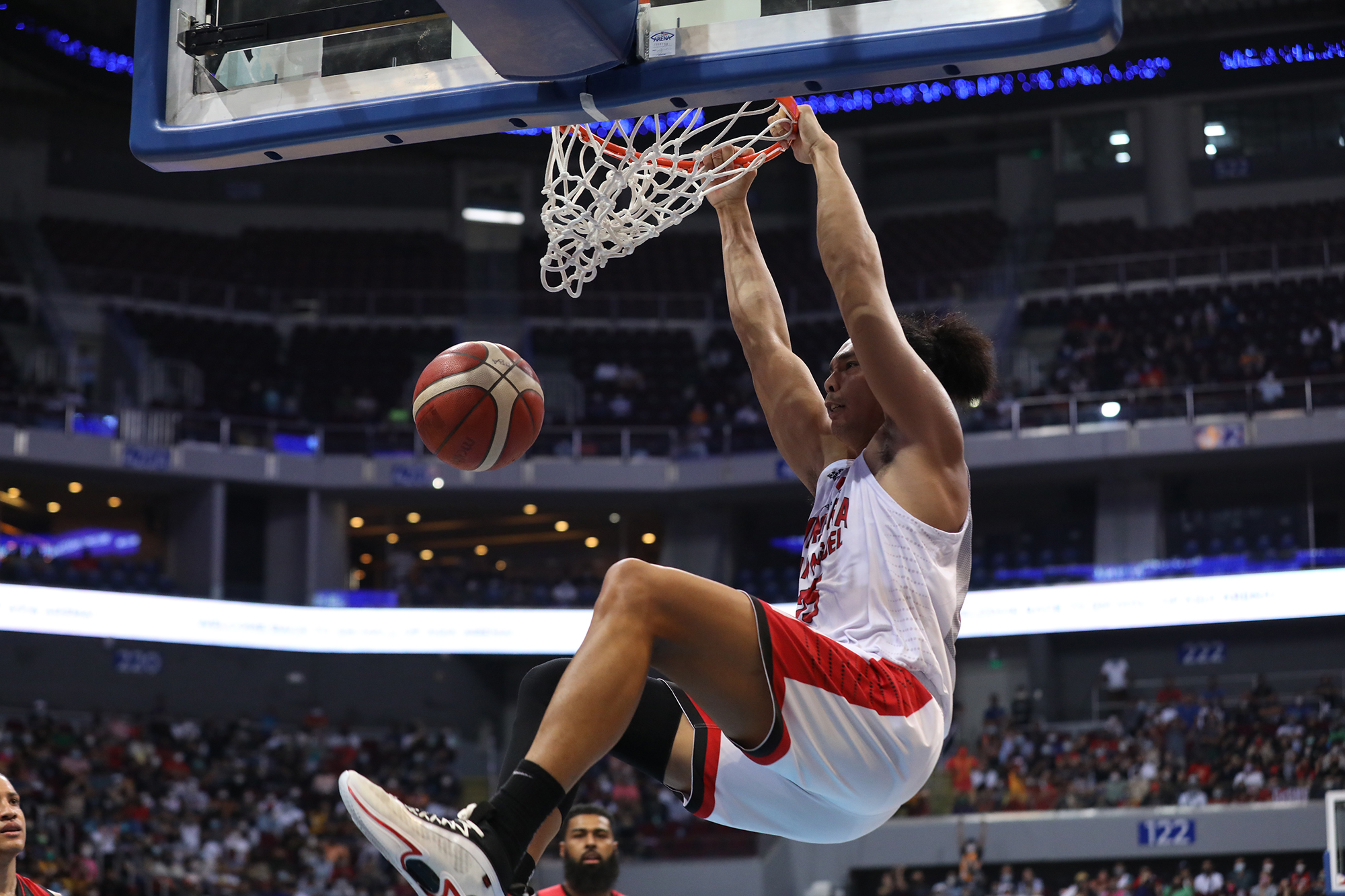 MANILA, Philippines—Slowly but surely, Japeth Aguilar is rediscovering his old, fiery form and Barangay Ginebra is quick to reap the fruits as it shares the top spot in the PBA Philippine Cup.

Aguilar imposed his will in Ginebra’s comeback win against NLEX (83-75), and then played a key role in helping the Kings pull off a gritty 75-72 triumph over the Beermen.

Aguilar averaged a double-double of 17.5 points and 10.5 rebounds in those games.

He also shot 54 percent from the field and normed 2.5 blocks per outing to clinch the Cignal Play-PBA Press Corps Player of the Week for the period June 22-26.

Aguilar hit 20 points on a stellar 9-of-13 shooting, grabbed seven rebounds, and had three blocks as Ginebra clawed back from 19 points down to beat NLEX.

In the Kings’ win over the Beermen, the son of former PBA player Peter Aguilar had 15 points, 14 boards, and two blocks.

The 35-year-old Aguilar did his thing despite still taking extra precautions on a nagging calf injury that sidelined him for most of the playoffs during the season-ending Governors Cup.

The twin victories by the Kings also provided coach Tim Cone a fitting sendoff as he will miss out the team’s next four games to join the Miami Heat coaching staff in the NBA Summer League.