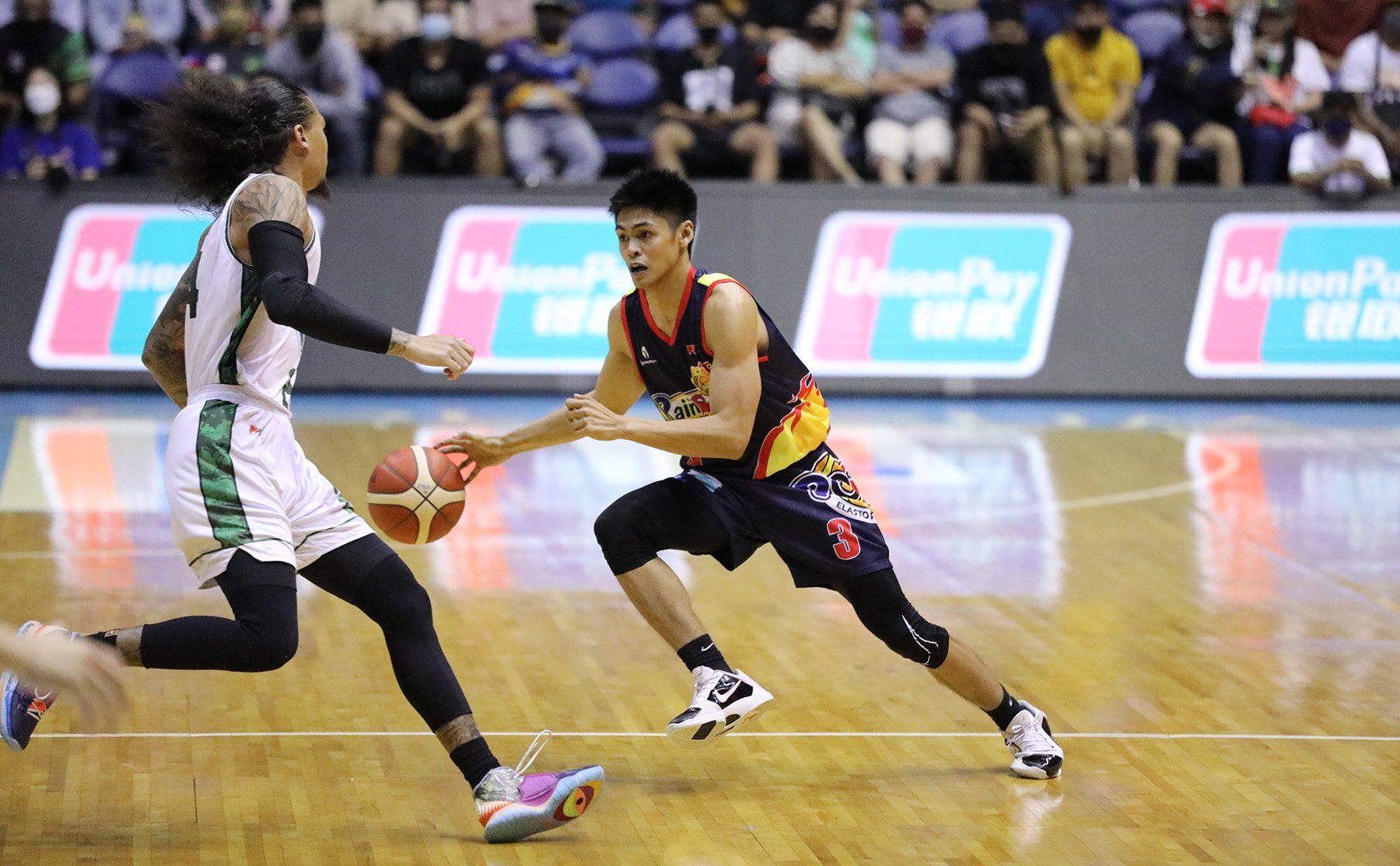 MANILA, Philippines—Rain or Shine got a timely spark from rookie Gian Mamuyac to pull off a 106-94 win that gave Terrafirma a dubious mark of having the second longest skid in history on Sunday in the PBA Commissioner’s Cup at Smart Araneta Coliseum.

Mamuyac scored all of his 17 points during the late part of the third quarter and the whole duration of the fourth as the Elasto Painters were able to pull away and score back-to-back victories after coach Yeng Guiao’s homecoming began with a loss to the NLEX Road Warriors.

“Mamu gave us his points at a crucial time,” said coach Yeng Guiao of the former Ateneo mainstay. “He’s probably more for his defensive abilities but he is able to balance himself into a player who can play on both ends.”

The Elasto Painters sent the Dyip to a 0-3 record in the midseason tournament and a 19th consecutive defeat which broke the tie with the 1980 Great Taste for second overall.

Blackwater holds the record for futility after losing 29th in a row that spanned three conferences between the 2020 Philippine Cup and the 2022 Governors’ Cup.
Dyip import Lester Prosper was held to 20 points after outputs of 41 and 43 to begin his second PBA foray.

Mamuyac had two threes during a key windup that saw Rain or Shine lead 75-66 after Terrafirma cut it to four, 68-64.

He would then make 11 in the payoff, highlighted by several drives that allowed him to draw fouls and convert most of his points from the foul line to put Rain or Shine in safer territory.