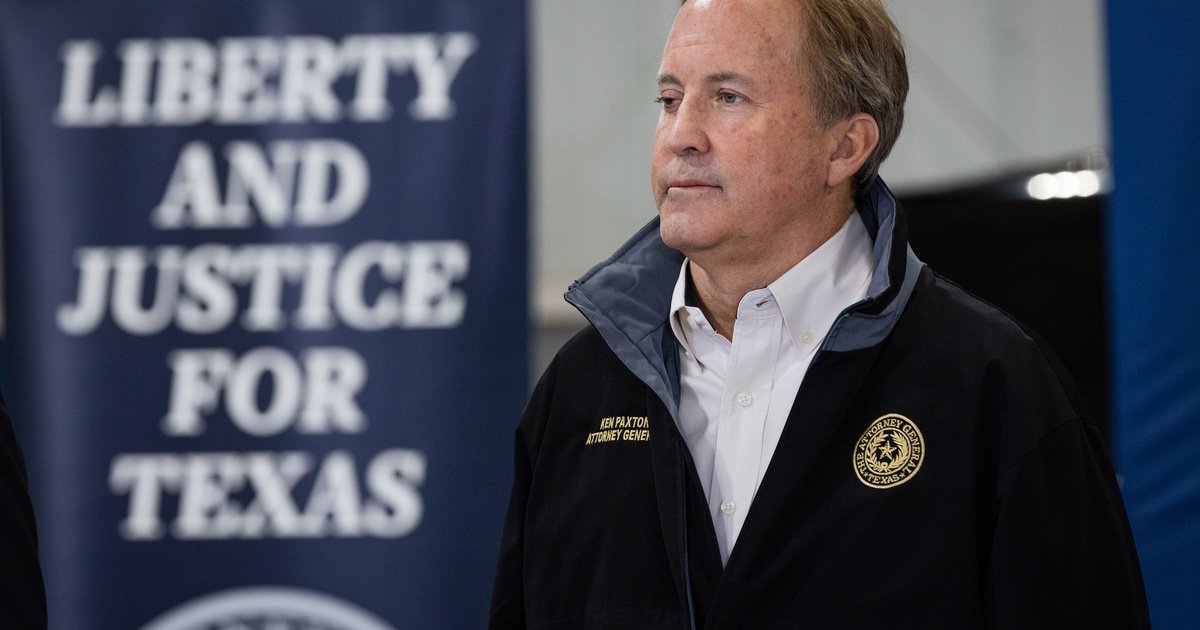 Lawyers in an abortion lawsuit tried for days to subpoena Attorney General Ken Paxton before sending a process server to his home Monday, and notified his office that their server was there before Paxton fled in a truck driven by his wife, according to court records detailing the communication.

Paxton said he left his house in a truck driven by his wife, state Sen. Angela Paxton, because a “strange man” made him fear for his safety; his attorneys say they didn’t know he’d be served the subpoena at his home.

U.S. District Judge Robert Pitman quashed the subpoena on Tuesday, but attorneys for the plaintiffs have asked him to reconsider and require Paxton to testify. Pitman has not yet ruled on that motion, or the merits of the case, which concerns whether nonprofit groups, known as abortion funds, can help Texans pay to get abortions out of state.

The lawsuit, filed in federal court in August, names Paxton as one of the defendants, and the plaintiffs sought to call him to testify at the preliminary injunction hearing Tuesday.

Four days before the hearing, on the morning of Friday, Sept. 23, Austin attorney Elizabeth Myers emailed assistant attorney general Amy Hilton, saying that since it was not clear whether Paxton intended to be at the hearing, they were going to issue a subpoena out of “an abundance of caution.”

“I assume you’d like for us to serve that through you, but will you please confirm by noon today that you will accept service,” Myers wrote. “Otherwise, we’ll start the personal service process. I’d really prefer not to have to do that, of course.”

Hilton did not confirm whether they could accept the subpoena on Paxton’s behalf, so the lawyers had a process server deliver the subpoena to Paxton’s office Friday afternoon, emails indicate.

But on Sunday, attorneys from the Texas attorney general’s office told Myers that the subpoena was invalid because it was served through Paxton’s office but sought to depose him in his individual capacity, according to the plaintiffs’ motion before Pitman.

Attorneys for the state said that Paxton would be represented in his official capacity at the hearing by assistant attorneys general, and “declined to clearly indicate whether they would accept a revised subpoena,” according to that motion.

“Myers then indicated that this meant General Paxton needed to be served personally, and Ms. Myers asked if General Paxton’s counsel knew where General Paxton was so that he could be located and served,” the filing reads.

The representatives from Paxton’s office declined to provide that information but said they would determine whether they could accept a subpoena on his behalf, the filing says. By Sunday evening, though, Hilton said they did not yet have an answer for the plaintiffs’ legal team.

“Please let me know ASAP if you are authorized to accept service so I can adjust our process server instructions,” Myers wrote in an email sent Sunday at 6:50 p.m.

The attorney general’s office acknowledged in a motion filed Tuesday that they were aware that the plaintiffs’ attorneys were going to attempt to serve Paxton with a subpoena. But they did not know that that meant they “intended to attempt personal service on Ken Paxton at his private residence.”

At 8:30 the next morning, a process server arrived at the Paxton residence in McKinney to serve two subpoenas, one for Paxton to testify as an individual and one in his official capacity. According to the sworn affidavit, the server knocked on the door, told Paxton’s wife that he was there to deliver legal documents and offered to wait until Paxton was available.

Paxton’s version of events differs: He says the man never introduced himself, instead charging at Paxton while yelling unintelligibly, and that the server is “lucky this situation did not escalate further or necessitate force.”

Paxton remained inside his home for more than an hour. About 45 minutes after the server arrived at the Paxton residence, Myers sent Hilton an email, titled in part, “General Paxton is refusing and evading service this morning.” Myers said that Paxton was refusing to come to the door and that she had instructed the server to remain and continue to attempt to serve the subpoena.

“I wanted to let you know of this development and that we’ll need to report that to the Court,” Myers wrote. “We remain happy to serve General Paxton through you, as counsel, of course.”

Assistant Attorney General Christopher Hilton replied at 9:45 a.m., saying that they were not authorized to accept a subpoena addressed to Paxton in his individual capacity.

“I would be happy to discuss this matter and any ways that we could seek an amicable resolution of these issues,” he wrote. “But under no circumstances will we agree to have the sitting Attorney General testify in court.”

A few minutes after that email response was sent, back in McKinney, the Paxtons drove away from their home with the subpoenas left sitting on the ground.

Christopher Hilton said in a midmorning email to Myers that unless they were willing to reconsider having Paxton testify, the state would “simply take it up with the Court,” and, in a followup email, that he looked forward to “reviewing the evidence of your purported service.”

Once the process server’s affidavit was filed, Christopher Hilton filed an emergency motion to seal the document, citing concerns about Paxton’s unredacted address being shared publicly — though the address was already public information. In the filing, he echoed Paxton’s version of events.

Christopher Hilton also filed a motion to quash the subpoena, arguing that Paxton, as a high-ranking government official, should be exempted from being called as a witness, and that he has no relevant testimony as an individual in this case. Pitman granted the motion before the hearing Tuesday; the attorneys for the abortion funds have asked Pitman to reconsider.

In Hilton’s filing, however, he said the state does not concede that the subpoenas were ever actually served on Paxton.

In an email Monday night, Christopher Hilton asked Myers and her co-counsel, Jennifer Ecklund, if the process server was available to testify if needed.

“You never advised us that you would be attempting personal service on the attorney general at his home, and you’ve now endangered his and his family’s personal safety,” Hilton wrote in another email. “I had thought you were simply careless but it seems you did so deliberately.”

In the final email in the exchange, just before 9 p.m., Ecklund asked Hilton to “cease the accusatory tone.”

“We repeatedly tried to avoid having to serve your client personally, which I agree would have been preferable,” she wrote. “Your staff and client necessitated this, and we even advised that he was evading service before it was ultimately completed, to avoid a result embarrassing to you and your client.”