Parents of 105 separated children have been located, with efforts continuing for hundreds of others 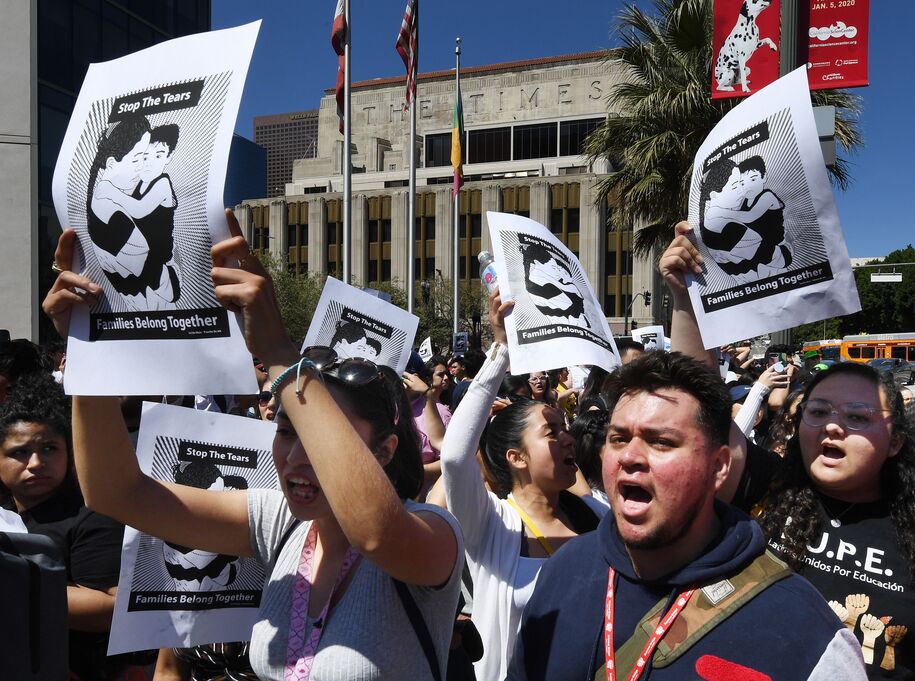 That filing “nods to the task force and its efforts,” CNN reported. “Defendants believe that the work of the Task Force will resolve many—if not all—outstanding issues in this litigation, and Defendants look forward to working with Plaintiffs with that goal in mind,” the filing said according to CNN. It wasn’t that long ago—just this past December—that we found out the federal government under the previous administration had been withholding additional contact information that could prove vital in helping reunite kids and parents.

That NBC News report said the data was turned over only after advocates had been pleading for months for any additional information that could prove vital in piecing families back together. “Everyone’s been asking whether the Trump administration has been helping to find these families,” American Civil Liberties Union (ACLU) attorney Lee Gelernt said in the report. “Not only have they not been helping, but they have been withholding this data forever.”

ACLU has been among the advocacy groups working to reunite children with their parents. The Biden administration earlier this month reportedly selected Michelle Brané, director of the Women’s Refugee Commission, as the task force’s leader. “If selected, Michelle would be a fantastic choice. She would bring deep expertise on the issues and the perfect mixture of passion and common sense,” Gelernt told NBC News.

But advocates continue to have major concerns, because the Biden administration has not yet announced a decision on whether reunited families can reunite in the U.S., or will be eligible for protections. Like The Washington Post reported earlier this month, while Judge Dana Sabraw in 2018 ordered the previous administration to reunite families, “many reunited parents were not given any legal status, making them immediately deportable and raising the prospect of re-separation.”

“What we need now is an immediate commitment to specific remedies, including reunification in the U.S., permanent legal status, and restitution for all of the 5,500-plus families separated by the Trump administration,” Gelernt told the Post. “Anything short of that will be extremely troubling given that the U.S. government engaged in deliberate child abuse.”

The Department of Justice (DOJ) Office of Inspector General last month released the final version of a draft report obtained by NBC News in October that pointed to top DOJ officials, including former Attorney General Jefferson Beauregard Sessions III and his deputy Rod Rosenstein, as “a driving force” in the previous administration’s inhumane policy. The report said Sessions in fact instructed U.S. attorneys that “we need to take away children.” But the inspector general said he refused to be interviewed for report.

“The Inspector General’s investigation makes it clearer than ever: Jeff Sessions, Rod Rosenstein and the Trump administration willfully disregarded the lives of innocent children in their xenophobic crusade to criminalize migrant families,” Oregon Sen. Ron Wyden said in a statement received by Daily Kos. “The trauma of thousands of migrant kids is on their hands. Everyone involved in this cruel and ill-conceived policy must be held accountable. I am committed to working with my colleagues and the incoming Biden administration to repair the damage at our southern border and restore humanity to our immigration policy.”

Lemnis Gate release date set for August, with a beta coming in July