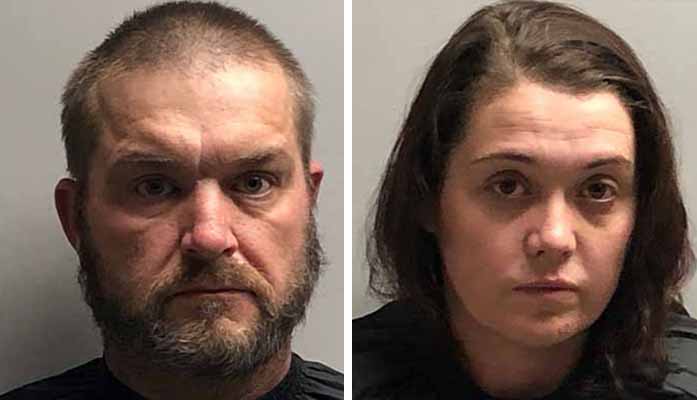 The parents of an 11-year-old boy left home alone for several days last December will be placed on probation and must comply with various directives from the Arizona Department of Child Safety as part of a joint plea deal, according to court records.

Melissa Louise Green and Bobby Jo Green will be sentenced Friday after each pleaded guilty to one count of felony child abuse. As part of the pleas, both parents admitted they caused or permitted their son “to be placed in a situation where his person or health was endangered.”

Initial reports were that the boy was left alone in the family’s rural Cochise County home for at least two weeks to care for himself and the family pets without any contact with his parents or other adults. Court documents filed in connection with the couple’s plea deals provide additional information on the parents’ actions.

According to a presentence report, Melissa Green traveled to California to see relatives before Thanksgiving while Bobby Jo Green and the boy remained home. The mother was headed back to Arizona the week before Christmas when she had transportation problems in Tonopah.

Bobby Jo Green traveled to Maricopa County to assist his wife, with both parents expecting to be home in one to two days. However, a snowstorm along with medical problems experienced by the father slowed the couple down.

Before leaving, the father had bought the boy several microwavable meals and there were surveillance cameras at the house which Bobby Jo Green could monitor to “keep an eye on his son,” the presentence report states. The son also had a computer, a tablet, and a phone through which he stayed in touch his parents daily.
Melissa Green also arranged for a friend to bring the boy milk, she told officials.

The Cochise County Sheriff’s Office and DCS were eventually alerted by a concerned school employee. The boy was removed from the home Dec. 20, which was at least one week after the father left for Maricopa County. The parents were notified that same date of the DCS action and they arrived back in Cochise County the next day.

That same week they met with DCS officials and were arrested a short time later.

Bobby Jo Green has pleaded guilty to a Class 4 undesignated felony charge of “intentionally or knowingly” committing child abuse, while his wife’s charge is a Class 6 undesignated felony for “negligently” causing an endangering situation. Undesignated means each defendant can petition the sentencing court to designate the convictions as misdemeanors upon successful completion of probation.

In a presentence statement, Melissa Green noted she wants the Court to know what happened with her son was unintentional, but that she understood why she is in trouble. DCS has required her to undergo parenting classes, which she has completed, according to court records.

The family is also under order to participate in family counseling, and getting his family back “is the most important thing” to him, Bobby Jo Green told the Court. Several other charges against the parents connected to the home alone incident were dismissed when their guilty pleas were accepted by the Court.

In an unrelated matter, Bobby Jo Green was already on probation when arrested in December. Court records show he was convicted in California on a weapons charge for possession of brass or metal knuckles. It is unclear whether his California probation will be revoked due to his new conviction in Arizona.