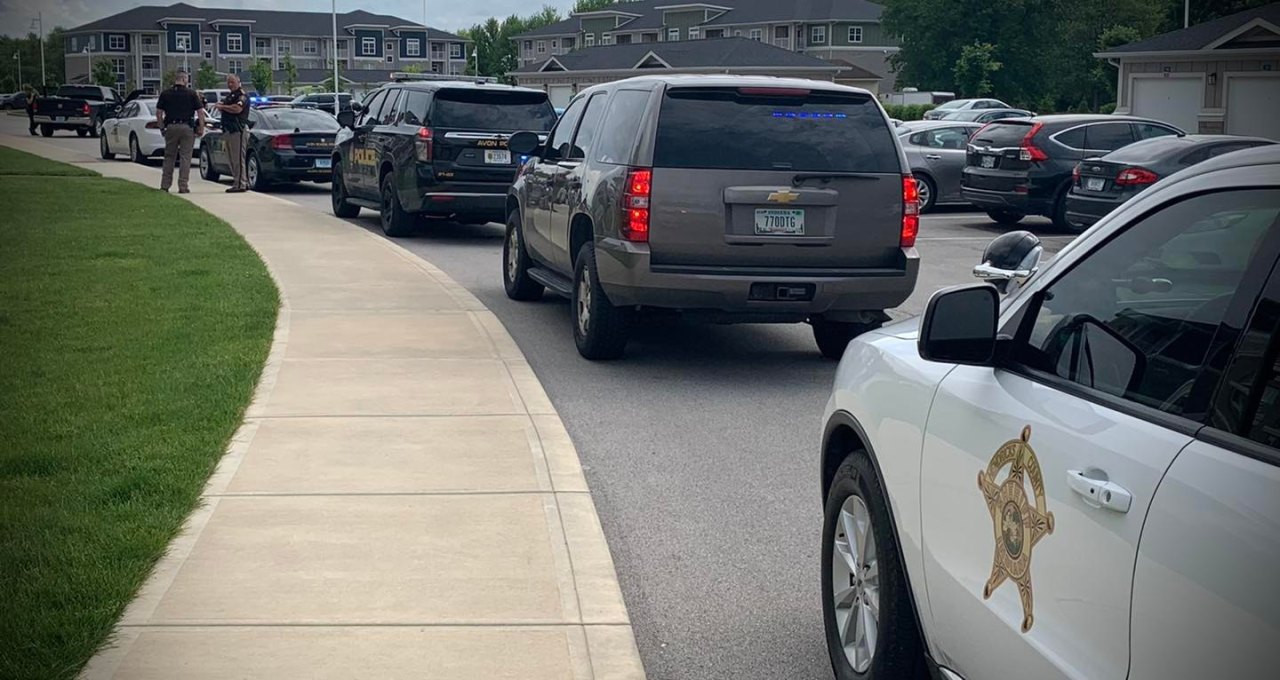 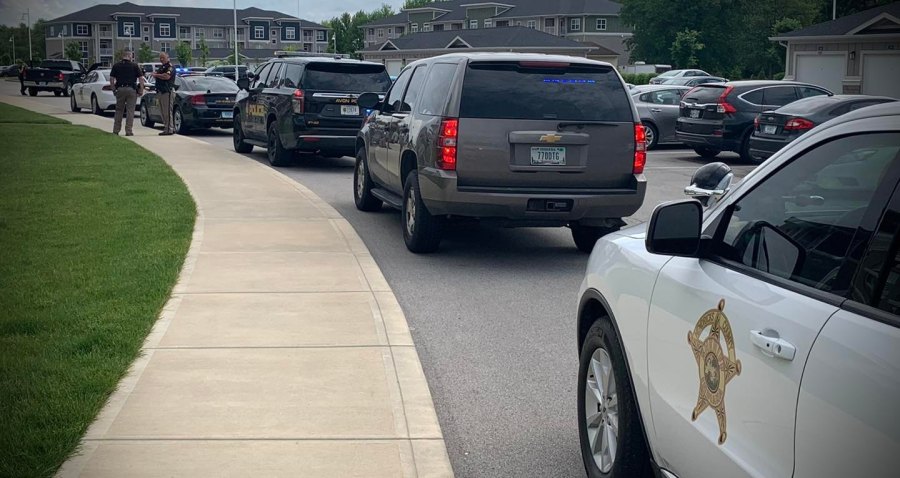 HENDRICKS COUNTY, Ind. — Four teens are facing charges after being accused of leading police on a short chase in a stolen vehicle and pointing a gun at a school bus.

The Hendricks County Sheriff’s Office said it started with a call around 4:30 p.m. near 21st Street and Raceway Road. Police got a call that said four teens were seen in a gray vehicle in the Wynnebrooke subdivision.

Police said the caller stated one of the teens inside the vehicle pointed a gun at them and possibly a nearby school bus as it was dropping kids off.

Deputies found the teens and the vehicle, which was also reported stolen out of Marion County, near U.S. 36 and Dan Jones Road. Police said the teens took off in the vehicle, leading deputies on a short chase, before hitting a curb and running away from the scene.

Deputies arrested one of the teens at the crash site. Avon School Police officers found the other three teens near the Satori Flats Apartments.

According to investigators, the teens range from 14 to 16 years old and each face charges. Police said more charges could be on the way in regards to the firearm allegations.

Drake Spears, who lives in the apartment complex where the teens were found, said it’s concerning that crime is happening so close to home.

“Typically a situation you don’t see out in Avon,” he said. “Crime is never too far away, and what’s scary is that it’s moving and now it’s indiscriminate.”

Spears has a daughter in the Avon School District. He said it’s scary to think about as the situation happened just days after a deadly mass shooting at a Uvalde, Texas elementary school.

“It’s very concerning as a parent,” he added.

Avon School Police Department Chief Chase Lyday said the tragedy in Texas left many families and communities on high alert across the country.

“There is no community that’s immune from bad things happening from evil in the world,” said Lyday. “It always heightens our alert when something happens nearby that makes us reset, and recalibrate, and refocus on those things that we need to be doing and training on so that we’re proficient and ready when our number is called.”


Uvalde student says she covered herself in classmate’s blood, played dead to survive

Currently, seven officers make up the school district’s police department. While Lyday is hopeful to have more, he’s happy with the dedicated officers on staff, who go through rigorous training to better serve students and schools.

“They go through specific training to work with kids. They go through tactical programs so they can be ready for any criminal or safety emergency that happens as well,” he said.

Because Thursday’s incident is an ongoing investigation, neither Avon School Police nor the Hendricks County Sheriff’s Office could comment directly on the case.

However, Lyday said he’s thankful for the skilled work of his department and strong partnerships with local law enforcement agencies, who always step up and collaborate when situations arise.

Lyday is also the president of the state’s School Resource Officers Association. He said this week, specifically, he’s heard from many SROs about what can be done to better address school safety and security.

“The reality is Indiana has a longstanding history of prioritizing school safety. That’s evidenced by the funding streams that exist. That’s evidenced by the policy that has been written,” Lyday said. “There’s a grant from the Department of Homeland Security that’s a $19 million grant for school safety. Of that, $13 million is allocated for school personnel, like a school resource officer.”

“Our goal at the state level is really to continue to advocate for good training, for funding, for officers, for safety personnel, for good products and best practices to be implemented in schools,” he continued, “and so that really has to happen at a local level. We’re trying to advocate at a local level, but the state government has to fund that and they have to give those local entities the resources needed to do those things.”

Lyday made reference to House Bill 1093, which recently passed, as a help to school resource officers and the school communities they serve.

“What House Bill 1093 did was raise the level of required training for law enforcement officers working in schools during school days,” he said. “That is going to be incredibly helpful for how officers are prepared to deal with issues in schools and how to work better with kids.”

“Another component to House Bill 1093 is it requires school districts and law enforcement agencies to enter a memorandum of understanding before that officer is hired or assigned to the school,” Lyday added. “It forces the school and the law enforcement agency to have conversations about policies, staffing, finances, process, procedures.”

“It allows them to have that conversation at the agency level, so that the officer in the middle isn’t the one navigating that,” he said. “That should be a refresher for law enforcement agencies and schools to talk about these very safety things that we’ve been talking about this week.”