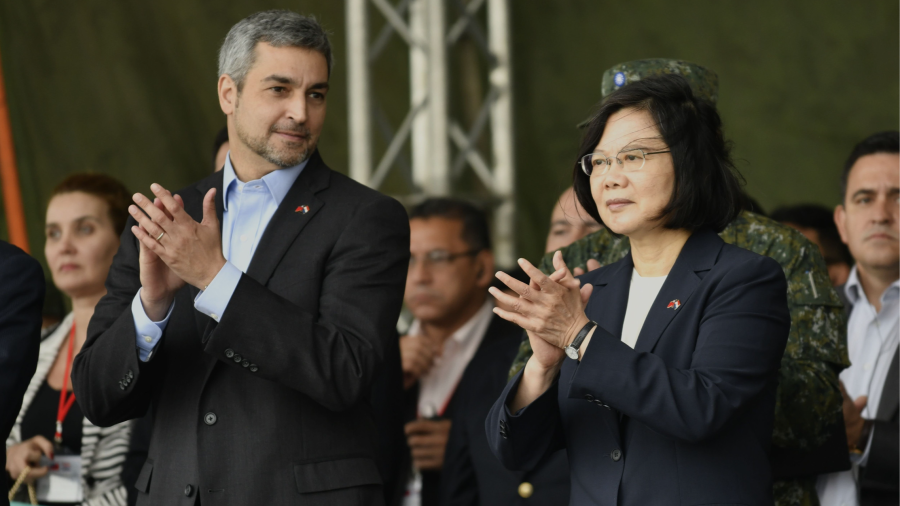 Paraguay’s president Mario Abdo Benítez has called on Taiwan to invest $1bn in his country to help him resist “enormous” pressure to switch diplomatic recognition to rival China.

Most of Taiwan’s remaining diplomatic allies are in Latin America and the Caribbean, but Beijing has been gradually prising them away with offers of aid, loans and trade. A switch by Paraguay, the largest country by area that still recognises Taiwan, would be a heavy blow to Taipei.

“We are working with the president of Taiwan . . . so that the Paraguayan people feel the real benefits of the strategic alliance,” Abdo told the Financial Times during a visit to the US.

“There is Taiwanese investment of more than $6bn in countries which don’t have diplomatic relations with Taiwan, we want from that $1bn to be put in Paraguay,” he said. “That will help us to build the argument about the importance of this strategic alliance with Taiwan.”

Taiwan’s foreign ministry said Abdo’s hope for $1bn in Taiwanese investment “would have profound significance for the Taiwan-Paraguay strategic partnership”.

“The government encourages Taiwanese businesses to visit the country and explore investment there,” the ministry said in emailed comments.

Panama, El Salvador, the Dominican Republic and Nicaragua have dropped Taiwan in the past five years, alarming the US, which is keen to see Taipei keep its alliances in the region.

Paraguay is a major exporter of soyabeans and beef, but its relations with Taiwan, which Beijing claims as part of its territory, have cost it access to the vast Chinese market. This has upset the South American nation’s powerful farming lobby.

“Imagine what the [agricultural] producers say when meat prices fall and they don’t have access to China,” Abdo said. “They ask you: ‘Please, we have to open up to the Chinese market. What does Taiwan give us when we are a country which could sell its entire soy and meat output to China?’”

Taiwan has sent two investment delegations to Paraguay this year and a technology university it set up in the country in 2017 has already educated 400 students.

A study published in the journal Foreign Policy Analysis last year estimated Paraguay’s alliance with Taiwan had cost it the equivalent of 1 per cent of gross domestic product per year in lost aid and investment between 2005-14. “Paraguay received nil from China,” the authors wrote. “This was not offset by flows from Taiwan.”

The alliance with Taipei also cost Paraguay access to coronavirus vaccines at a crucial moment in the pandemic when supplies were only available from China. Abdo said he had sent his health minister to speak to the Chinese consul in neighbouring Brazil at the time.

Taiwan’s other main Latin American allies, Guatemala and Honduras have told similar stories. Honduras last year said it was considering opening an office in China to secure access to vaccines, prompting Taiwan to accuse Beijing of using the jabs for political and diplomatic gain.

Despite the vaccine difficulties, Paraguay proved to be one of the nations best able to cope with Covid-19 thanks to its stability and macroeconomic discipline, according to the World Bank. GDP contracted only 0.8 per cent in 2020 and rebounded to 4.2 per cent growth last year. Abdo said he expected it to grow 2.0 per cent this year.

Tom Long, a reader in politics at Warwick university and author of the Foreign Policy Analysis study, said alliance with Taiwan brought benefits for Paraguay amid tensions on other issues between Abdo’s ruling Colorado party and the White House.

“On this issue, Paraguay can gain attention and favour from Taiwan, and from some figures in the US, of a nature that smaller states don’t often receive,” Long said.