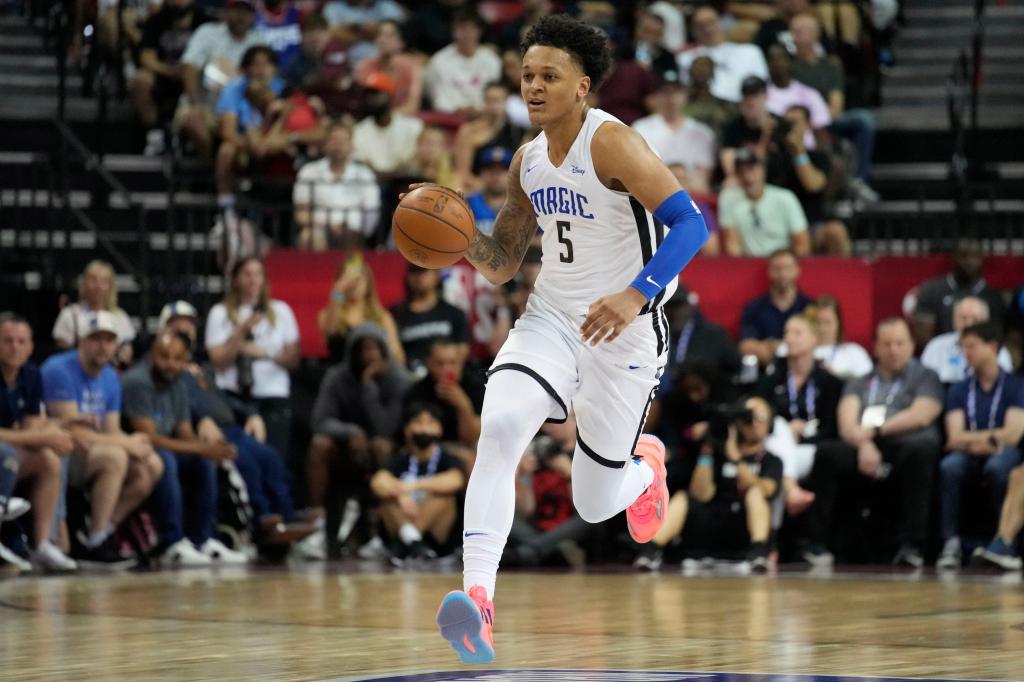 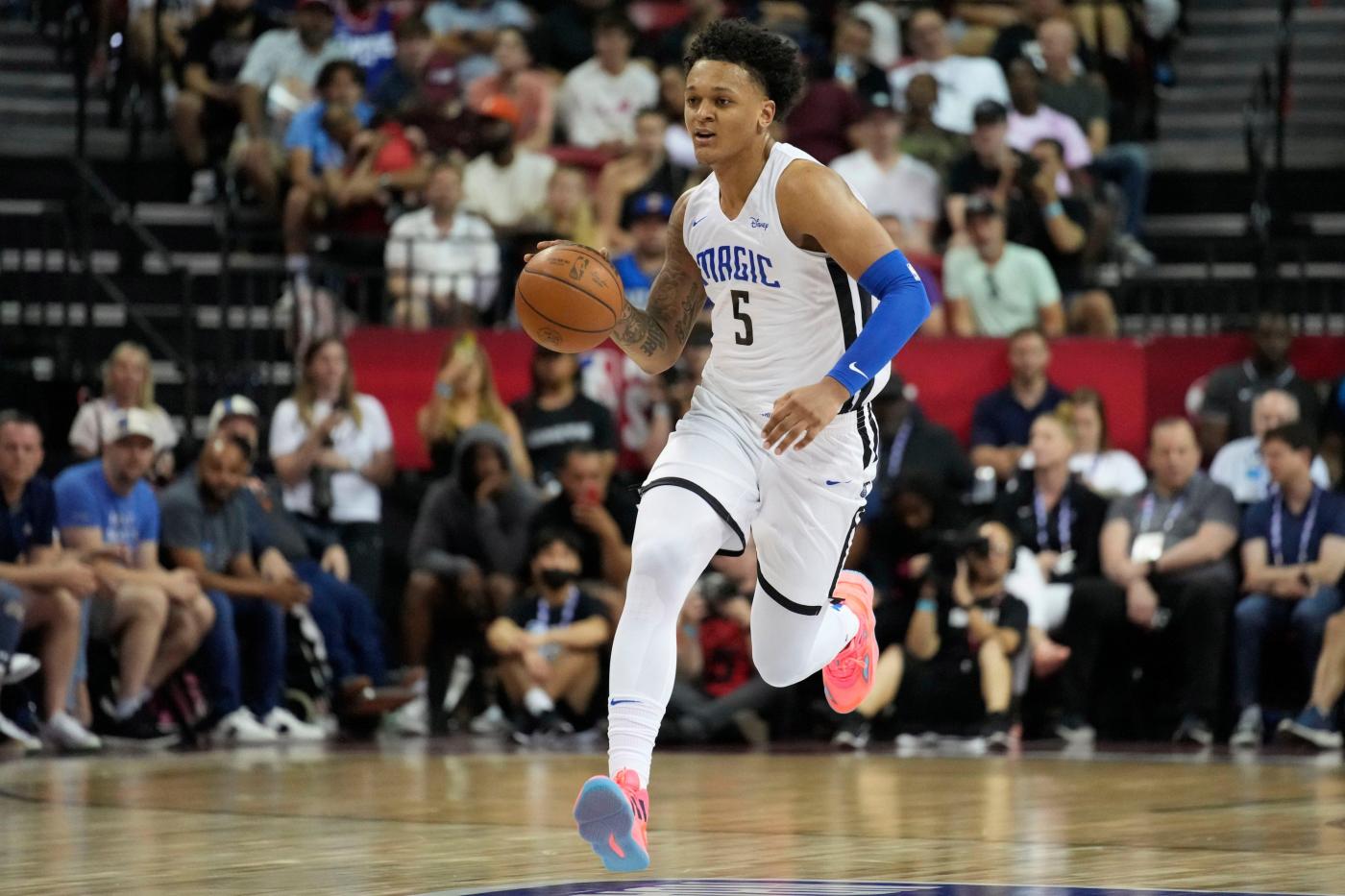 Paolo Banchero made it clear he wants to show during summer league that he can become a “go-to guy” for the Orlando Magic.

His first two performances suggest that could happen while also showing the work that needs to be done.

After impressing in his summer-league debut in a win over the Houston Rockets Thursday, Banchero led the Magic in their 94-92 double-overtime win over the Sacramento Kings on Saturday afternoon at the Thomas & Mack Center.

Banchero compiled 23 points, 6 rebounds, 6 assists, 4 steals and 2 blocks, serving as the team’s offensive hub for most of his time on the floor while making a pair of game-deciding plays down the stretch.

“Before the game, [Magic summer league] coach [Jesse Mermuys] told us we got to be ready to face adversity,” Banchero said. “He wanted us to be prepared for anything. We [were] up by a lot, they came back, made it tough on us and we had to fight through.”

In the second overtime, which was played with sudden-death rules, he blocked a Neemias Queta alley-oop attempt on the Kings’ first possession. Banchero was originally called for a blocking foul, which was overturned after review.

On the ensuing possession, Banchero drove into the paint and dished out the assist to Emanuel Terry, who made the game-winning layup.

“I was trying to get to the rim, but I knew they were going to load up,” Banchero said. “Keon Ellis ducked in and hit the ball out of my hands. As soon as I picked it up, I wanted to see who was available. [Terry] made a great play.”

Banchero wasn’t as efficient from the field (6 of 15) compared to Thursday and struggled with taking care of the ball (8 turnovers). But he found success in getting to the line (11 of 15 on free throws) and creating scoring opportunities for his teammates.

“Those are winning plays,” Mermuys said. “I love that he’s looking to pass. As a young person, in his first two summer-league games and when the game is on the line, looking to share the basketball and sacrifice the attention he’s getting to get somebody a shot is really impressive. Obviously, that block was a big-time play.”

Orlando led for the entire second half, including 82-64 in the middle of the fourth quarter, but the Kings started to force the ball out of Banchero’s hands late.

The gameplan was successful, with Sacramento holding the Magic to 5 points during the final 5:26 of regulation.

Orlando struggled with turnovers during that stretch, including Banchero’s bad inbounds pass with 0.1 seconds remaining in regulation to Keegan Murray, who hit a 3 to force the first overtime tied at 87.

The Kings led 92-89 with six seconds left in overtime before Devin Cannady (10 points) knocked down 3 free throws after being fouled on an attempt from beyond the arc to take the game into the second overtime.

“This was one of the most fun games I’ve ever been a part of,” Cannady said. “This is basketball in its purest form.”

The Magic will play the Oklahoma City Thunder at 9 p.m. on Monday (ESPN) in their next summer-league contest.