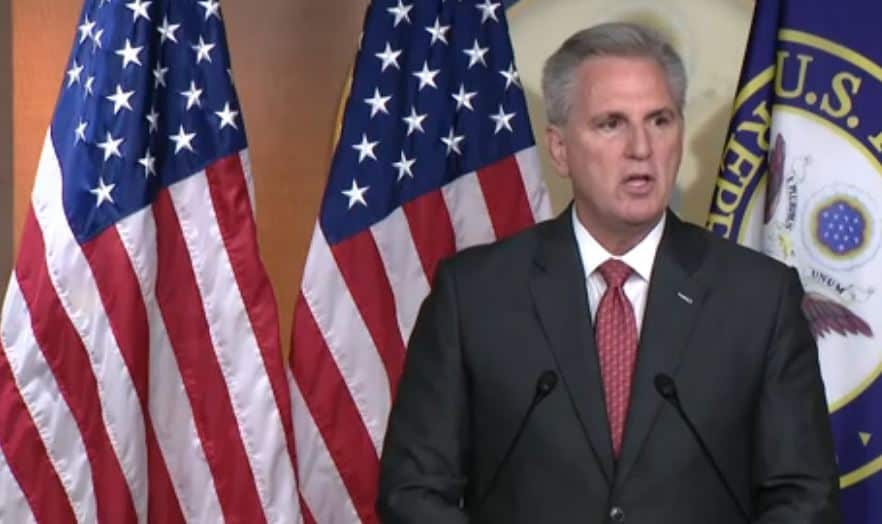 With control of the House now within the projected margin of error, Minority Leader Kevin McCarthy has taken to making promises that he will never be able to deliver.

McCarthy’s latest promise was to repeal the hiring of more IRS staff:

McCarthy, during an agenda rollout at the Capitol, says if the gop takes the house, they will repeal the expansion of the IRS on the first day they’re in control.

The problem is that even if Republicans win back the majority in the House, the repeal of the IRS expansion will never pass the Senate, which is likely to remain in control of the Democrats, and would never be signed into law by President Biden.

McCarthy’s promise is entirely meaningless. Kevin McCarthy is acting like he would have the power to undo Biden’s accomplishments when the reality is that even if the Republicans take back the House, it is likely that the majority will be small and that Democrats will remain in control of the Senate and White House.

Outside of impeaching Biden and potentially causing a government shutdown or default, there are few big moves that House Republicans will be able to do on their own. A House Republican majority could block budget bills and influence funding, but those are the sorts of issues that get voters fired up to go to the polls.

Kevin McCarthy is suggesting changes that he will never be able to make, which is an excellent way for Republicans to lose the House by 2024.