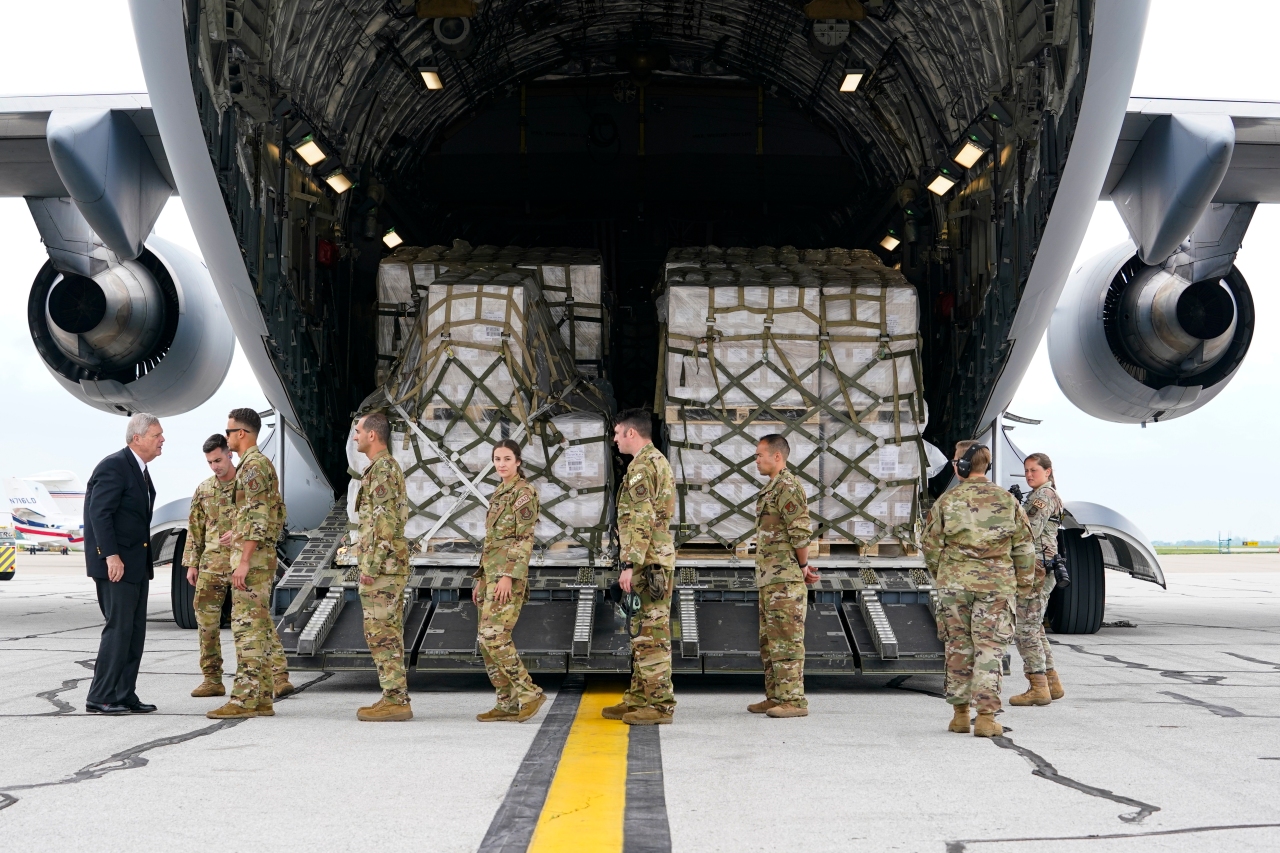 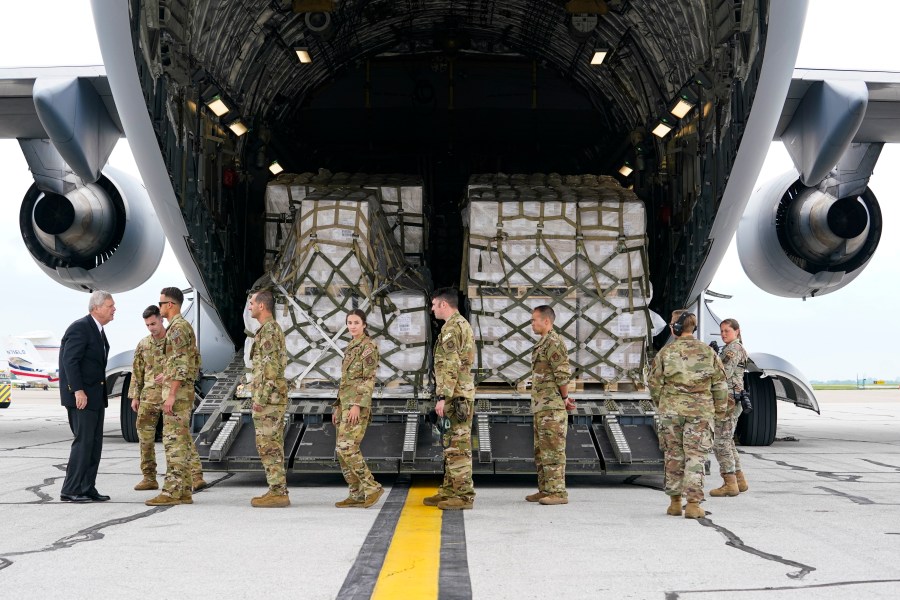 INDIANAPOLIS — A mother was holding a baby in her arms late Sunday morning outside the International Arrivals Building at Indianapolis International Airport as a United States Air Force C-17 cargo jet touched down with 78,000 pounds of specialty baby formula on board in an attempt to ease America’s infant and toddler feeding crisis.

Another mom, Lindsey Haake with four kids of her own, said parents of newborns and little ones have borne the stress of not finding the food they need for their children as baby formula has disappeared off store shelves across the United States.

“When something runs out, I’m automatically triggered and it worries me,” she said. “When you go to the store and there’s nothing in front of you to choose, I see moms next to me and dads next to me facing the same problems and you can cut the desperation with a knife.

“Nothing else matters and the world stops until you can find that formula for your child.”

Last week, US President Joe Biden invoked the Defense Production Act to prioritize the shipment of basic supplies to American baby food makers and streamline the process for bringing in formula from overseas.

“As a result of the United States military’s involvement, we’re gonna get this here in a matter of days, and a matter of days means a lot to the moms and dads who are worried,” said US Secretary of Agriculture Tom Vilsack. “It would take approximately two weeks for the normal commercial process to work, to get it from Zurich, Switzerland, here and distributed.”

The formula was shipped from the Nestle-Gerber plant in Switzerland to Ramstein Air Force Base in Germany for an 8-and-a-half hour flight to Indianapolis. There, 132 pallets were offloaded in about an hour before the first truckloads hauled by FedEx arrived at a distribution center on Ronald Regan Parkway in Plainfield for priority shipment to hospitals and home health care clinics this week.

“This shipment provides enough formula to take care of nine thousand babies and 18 thousand toddlers for a week,” said Vilsack. “Its about a half-million eight-ounce doses of formula on that plane. About 78 thousand pounds.

“It is a large shipment of very specific and specialized formula. Formula for moms and dads who have children who have allergies where the regular formula just simply will not work.”

With another 114 pallets of formula expected to arrive in the coming days, the White House said it expects 1.5 million servings of formula to reach parents and babies in the weeks to come.

Some of the formula, already examined for quality at the plant, will be shipped out immediately, while the rest will be tested over the next two-to-three weeks at the Nestle distribution site.

“In a matter of a week or so we should begin to see some supply,” said Vilsack, “but over the course of the next several weeks, we should see an ever-increasing supply, so, I would say, in the next thirty days we should be seeing abatement of this situation.”

Vilsack said an Abbott formula plant in Sturgis, Michigan, closed for three months due to production problems and product recalls, should reopen in the coming week.

The secretary said this shortage has taught American baby food industry and federal agencies the risks of “just in time” supply chain and manufacturing systems which don’t account for interruptions.

“We have focused so much on efficiency that we have forgotten the lesson of resiliency, the need for additional capacity,” he said.

One Nestle spokeswoman told reporters on the tarmac at the airport just before the shipment arrived that, “We put on this plane everything we had.”

Indianapolis was selected as the first destination for the international baby formula shipment due to the location of Nestle’s distribution hub.

While she attended the airport formula arrival with several other mothers, Lindsey Haake said she received notification that her own shipment of baby food had arrived at her front door back home.

“Today really is about that hope,” she said, “and its that hope that us parents and that feeling of relief that we have with that specialized formula here on that beautiful C-17 here behind me.”

1 dead in shooting on Indy’s near northwest side