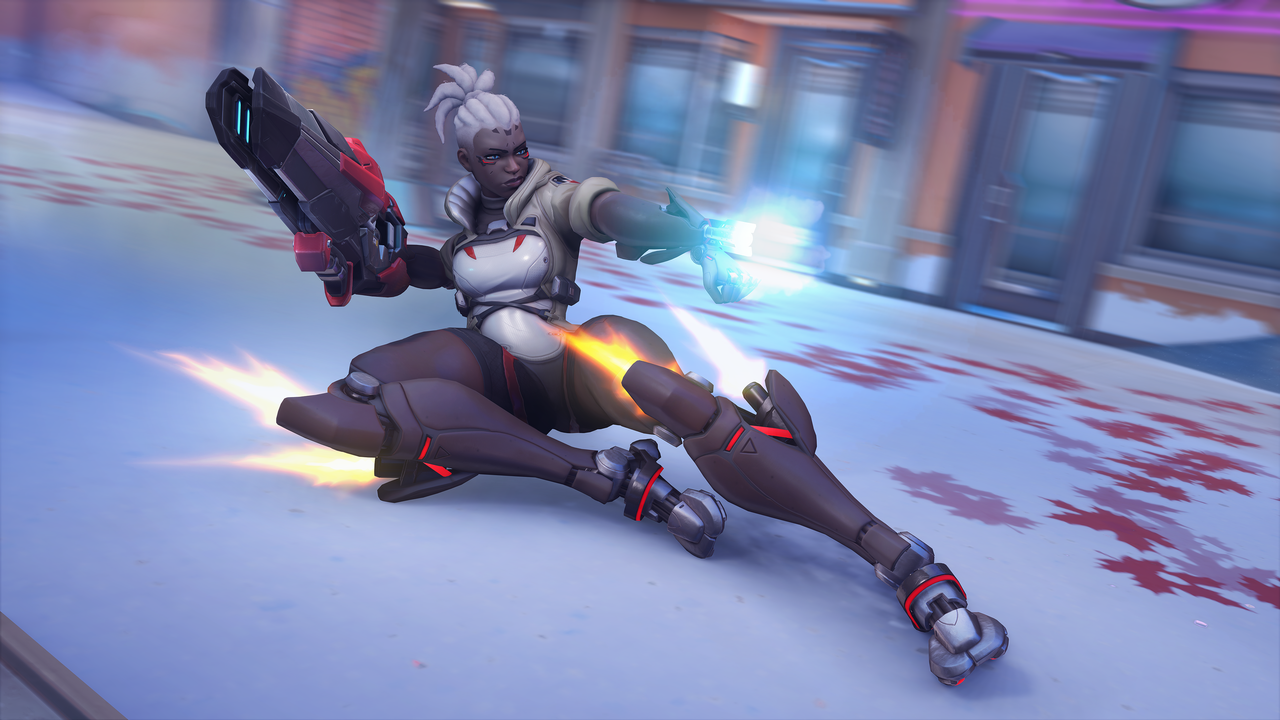 Blizzard has shown gameplay and broken down the abilities of Overwatch 2‘s new hero, Sojourn.

Revealed in a blog post on the Overwatch website, Sojourn’s arsenal is headlined by a massive railgun that makes her an ideal mid-range character.

It fires rapid projectiles that generate energy upon hitting enemies, which is then used to power a much stronger blast that acts as Sojourn’s secondary. The railgun, though a fairly simple weapon, therefore scales with player skill as accuracy directly affects secondary damage.

“We wanted to make a mid-range hero that rewards accuracy, but still make it fun for varying levels of skill and gameplay,” said senior hero designer Josh Noh.

Another ability is the Disruptor Shot, an AOE attack that ensnares enemies, eats away their health, and was designed in tandem with the secondary attack as it allows an easier shot.

Sojourn also has a lot of mobility thanks to a rocket-powered slide that can be cancelled into a high jump to quickly reposition her. “We wanted to add a vertical element to her kit to enable her to quickly access high-ground vantage points and help solidify her role as a mobile damage hero,” Noh said.

Finally, her Ultimate ability is Overclock, which automatically charges the railgun’s energy for a short period of time and allows her shots to pierce multiple enemies if the player is accurate enough.

Noh said: “We wanted it to feel almost like the hitscan version of a Genji Dragon Blade. You will have a limited time to make a big play or you could miss all your shots.”

While that’s all of Sojourn’s gameplay details, Blizzard also recently unveiled her Soldier: 76 entwined origin story. She’s so far the only new character confirmed for Overwatch 2 but all 32 characters from the first game will also be playable in the sequel.

Players with access to the first PC closed beta can test her out on April 26, and though Blizzard has not confirmed a release date for the game’s official launch, it has said the PvP and PvE modes will arrive separately.