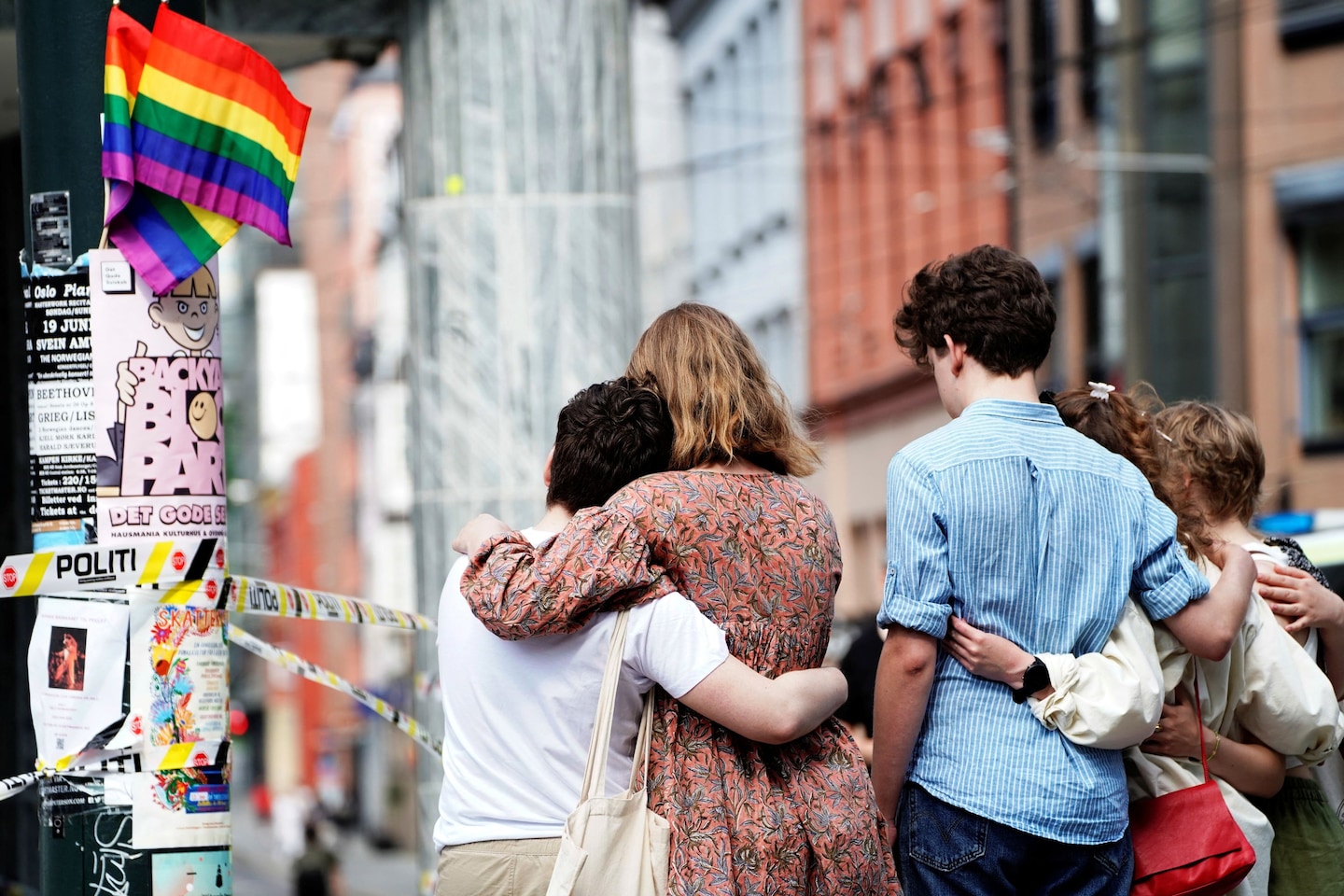 Authorities in Norway raised the terror threat to its highest level Saturday, after at least two people were killed and 10 seriously injured in a shooting early Saturday at an LGBTQ nightclub in the capital, Oslo.

The head of the country’s domestic intelligence and security service, Roger Berg, said in a news conference that the attack was being considered as an act of “extreme Islamist terror,” and added that the suspect, a Norwegian citizen who was born in Iran, had previously suffered from mental health issues.

The gunman opened fire at the London Pub, which bills itself as Oslo’s “gay headquarters since 1979,” as well as a second bar and a fast-food restaurant, according to Norwegian media. He was arrested shortly after the mass shooting and police said they believe he was acting alone.

The shooting occurred on the eve of Oslo’s Pride parade, which was scheduled for later Saturday. The organizers said in a statement released on Facebook early Saturday that Pride events in the city had been canceled on police advice, but a spontaneous march took place in the afternoon as crowds holding rainbow flags took to the city’s streets to pay tribute to the victims of the attack.

Ten people were seriously wounded and 11 others had minor injuries, police said Saturday. A spokeswoman for Oslo University Hospital told The Washington Post that the facility received seven patients, with one other person sent to a hospital outside the Norwegian capital.

“I saw a man arrive at the site with a bag,” said Olav Ronneberg, a journalist for NRK. “He picked up a weapon and started shooting.”

Authorities said police arrested the suspect near the scene of the attack and seized two weapons. “There is reason to think that this may be a hate crime,” police said, according to Reuters news agency. “We are investigating whether the Pride was a target in itself or whether there are other motives.”

The 42-year-old suspect is being held on suspicion of murder, attempted murder and terrorism, based on the number of casualties, according to police attorney Christian Hatlo, who added that the intention appeared to be to create “serious fear.”

Norwegian police, who do not routinely carry firearms, will temporarily be given arms in response to the incident, Benedicte Bjornland, the head of Norway’s Police Security Service, announced Saturday. Her service said it was investigating whether any further attacks were planned, but it added: “For now we have no indication of that.”

Norwegian Prime Minister Jonas Gahr Store condemned the shooting, which he described as “a cruel and deeply shocking attack on innocent people.” The London Pub called the attack “pure evil.”

Norway’s King Harald said he and his family were “horrified” by the shooting and extended condolences to the victims and their families.

“We must stand together to defend our values: freedom, diversity and respect for each other,” he added.

London Pub is located in the vicinity of the Storting, Norway’s legislature. It has hosted Pride-related celebrations for years and on Thursday held a drag show and a Pride-themed bingo session.

The number of gay bars has dwindled. A new generation plans to bring them back.

Norway has some of Europe’s more gay-friendly laws. Earlier this year, the prime minister marked the 50th anniversary of the country’s decriminalization of male same-sex relations by formally apologizing for its past treatment of the LGBTQ community.

“I apologize for the fact that the Norwegian authorities conveyed, through legislation, and also a range of other discriminatory practices, that gay love was not acceptable,” he said.

In July 2011, a Norwegian man killed 77 people by setting off a bomb outside the prime minister’s office in Oslo and opening fire at a youth summer camp organized by the left-leaning Labor Party, in one of the Nordic country’s most heinous crimes in recent memory. Norwegian lawmakers have since banned semiautomatic weapons such as the type of firearm used in the 2011 rampage.