Orioles rally to force extra innings before losing to Mariners, 7-6, on go-ahead RBI triple in 10th – The Denver Post 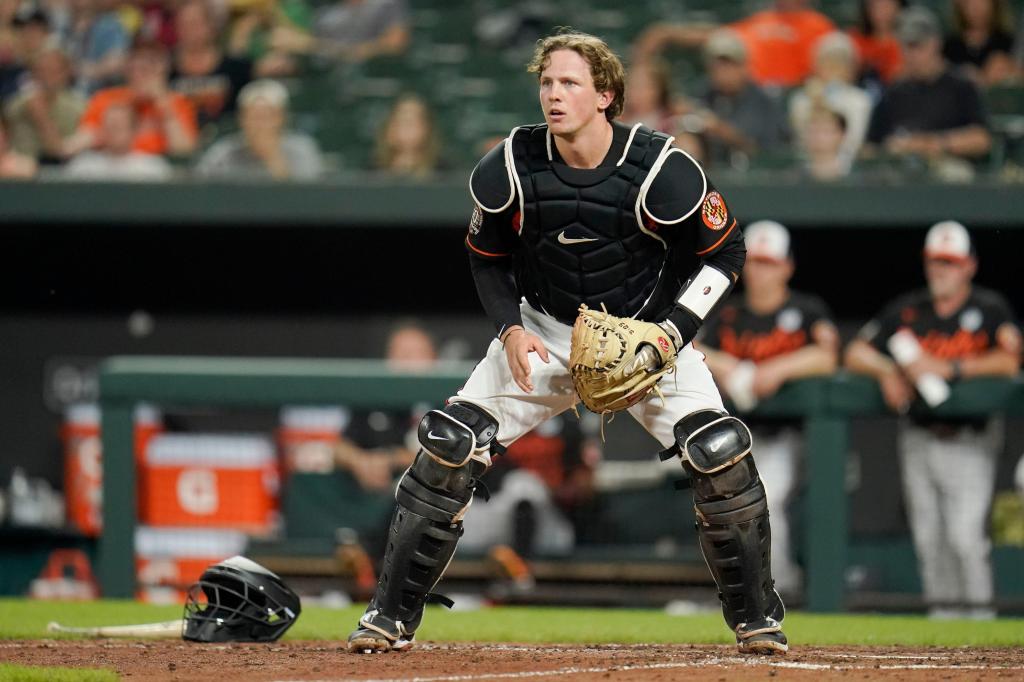 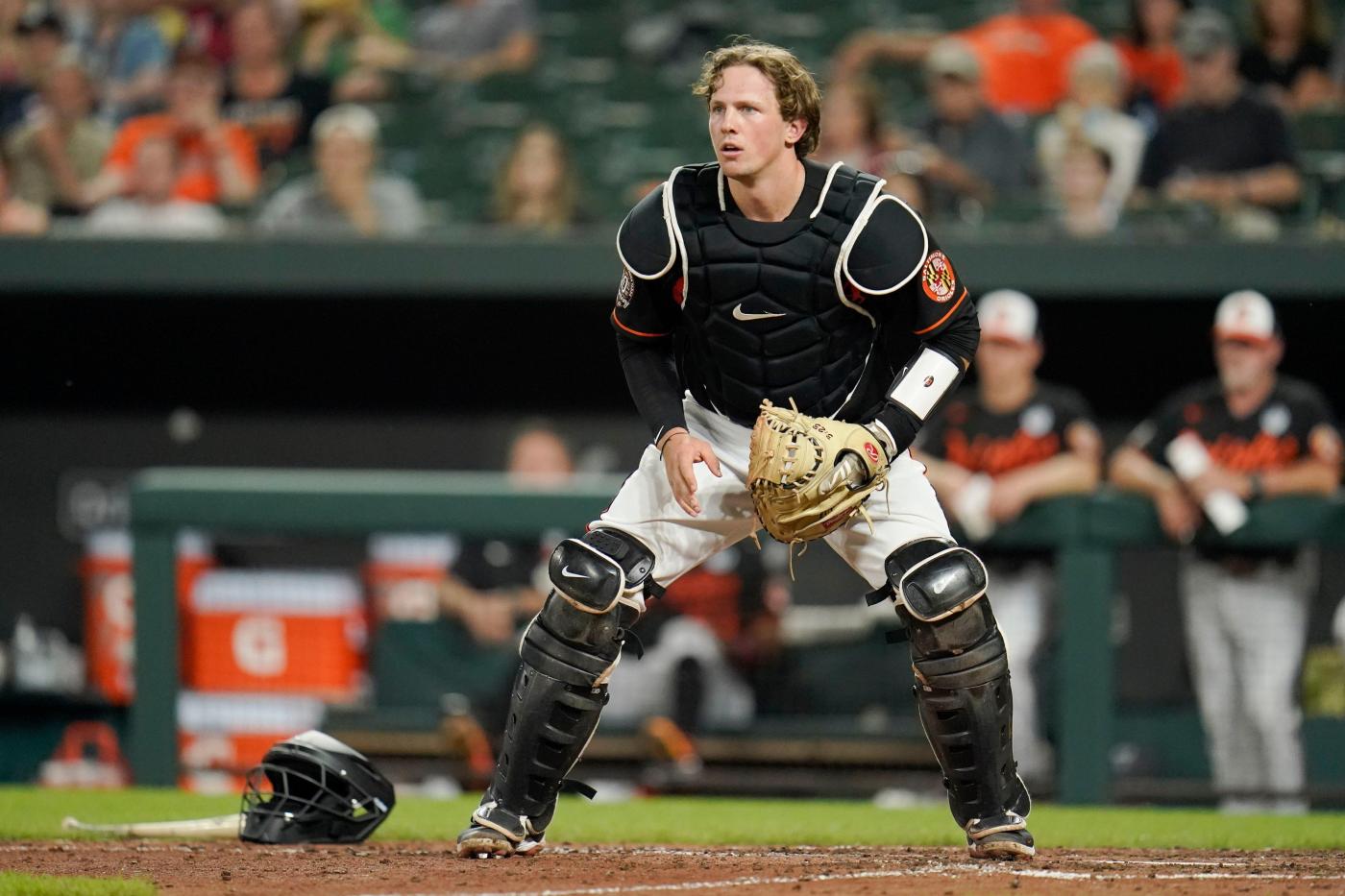 Jorge López registered the final out of the eighth inning with the go-ahead run on second base, breezed through a 1-2-3 ninth, but couldn’t keep an automatic runner from scoring in the top of the 10th as the host Orioles fell to the Seattle Mariners, 7-6, on Thursday night.

In his first appearance pitching in parts of three separate innings this year, López allowed a run — albeit an unearned one — in the 10th when Seattle’s Abraham Toro tattooed a ball to deep center field that Cedric Mullins couldn’t quite reel in, allowing Eugenio Suárez, Seattle’s extra-inning automatic runner, to score as Toro pulled in to third for a triple.

López pitched 2 1/3 innings, allowing just one hit and striking out two, but took the loss.

Trailing by one in the bottom half of the 10th and with Austin Hays, Ryan Mountcastle and Adley Rutschman due up, the Orioles couldn’t manage a run to send the game to the 11th.

Hays and Mountcastle each struck out as pinch runner Ryan McKenna stood at second, and Rutschman, facing a 3-1 count, lined out to a shifted infield at second base. The Orioles fell to 22-31, dropping the three-game series.

It threatened to thunderstorm early Thursday evening, but it turned into a lovely, 75-degree night as Baltimore’s Jordan Lyles toed the rubber in what turned into an underwhelming start. He allowed five runs — four earned — on nine hits and two walks over five innings.

The Orioles outfielders kept the game from getting out of hand, however, as they twice threw out runners greedy for extra bases. On the game’s opening at-bat, Austin Hays nailed Seattle’s Jesse Winker trying to stretch a double into a triple, and Mullins notched an outfield assist when Luis Torrens dug in for second after singling in the fifth inning.

Lyles has been Baltimore’s workhorse this season, facing the second-most batters of any pitcher in the majors, but he wasn’t able to record an out in the sixth for the second straight start.

Thanks in part to a two-hit, two-RBI night from Hays, who extended his American League-leading hit streak to 13 games, the Orioles led 3-2 after five innings. But in a nightmarish sixth, the Orioles used four pitchers — Lyles, Cionel Pérez, Joey Krehbiel and Bryan Baker — as the Mariners racked up four runs on four hits and three walks.

Krehbiel faced two batters before leaving the game with what the team called right shoulder discomfort, but Baker maneuvered his way out of bases-loaded, one-out jam.

The Orioles then trailed 6-3 entering the bottom of the sixth, but Ramón Urías drove in one run with a double and Mullins smacked another double — his second of the day — into the left field corner to score two and knot the game at 6.

The teams were then scoreless until the Mariners scored the go-ahead run in the 10th.

A first for Rutschman

Rutschman made his second throwing error in the past week Thursday, but he also caught his first attempted base stealer.

With runners on the corners in the third inning, the rookie catcher bounced a throw to second base as Seattle’s own rookie standout Julio Rodríguez slid in safely for the steal. The ball skipped past shortstop Chris Owings and into the outfield, allowing Seattle’s Luis Torrens to score from third.

The next inning, though, Rutschman caught Seattle’s Taylor Trammell trying to steal second with an accurate throw that bounced right to Rougned Odor, who applied the tag.

At the plate, Rutschman went 0-for-4 with a hit by pitch and a run scored, dropping his batting average to .163.

Entering Wednesday’s game, Mullins found himself mired in an 11-game slump. During that span, Mullins didn’t record an RBI, and he managed one extra-base hit — a double in the series-finale win against the Boston Red Sox on Monday.

Hyde acknowledged the start to Mullins’ season was “off to a little bit of a slow start,” but the manager predicted a turnaround. “I think he’s going to get it going,” he said.

It didn’t take long for Mullins to prove his manager prescient, as he delivered a 2-for-5 performance that included a double and an RBI Wednesday. And on Thursday, Mullins checked in with a two-run double to tie the game in the sixth inning.

For how sparse RBIs and extra-base hits were over the course of 11 games, Mullins produced three of each in the span of two days.

It’s too small of a sample size to proclaim a complete turnaround for Mullins, who entered Thursday hitting .240 — 51 percentage points below his 2021 All-Star average. But it’s a start.

This article will be updated. Baltimore Sun reporter Andy Kostka contributed to this article.